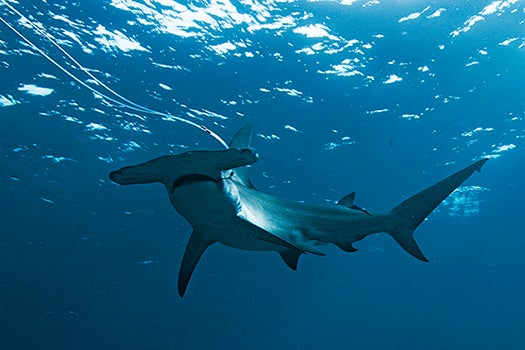 Sharks have been mythologized in our culture as ruthless brutes and hunters, but the truth is humans are way, way more of a threat to sharks than sharks are to us. About 100 million sharks are killed annually, mostly related to “finning” (when the shark fins are sliced off and sold, often for soup).

Marketer Joe Chernov wanted to visually express how the amount of shark attacks that kill people in a year stacks up against the number of people attacks that kill sharks. (It takes four seconds for us to kill the number of sharks that kill us in a year.) So Chernov teamed up with designer Robin Richards to make this incredible infographic comparing the stats. Note that the first figure is per year, while the second is per hour. Your jaw is about to fall about as far down as this image.

Shark Attacks By The Numbers