Hundreds of species of plants and animals have been waiting literally decades to even be considered for protection under the Endangered Species Act. Thankfully, that's about to change. 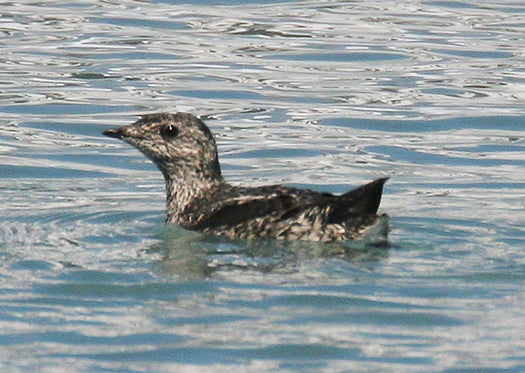 That guy up there is a Kittlitz’s murrelet, a small bird in the auk family native to the rocky southern coast of Alaska, from Anchorage out to the Aleutian Islands, and also along the coast on the Russian side of the Bering Sea. It’s one of about 25,000 Kittlitz’s murrelets in the world, we think. The species has had a very difficult time in the past few decades; it’s dependent on glaciers, which are melting due to global warming, for one thing. It’s estimated that the Exxon Valdez oil spill back in 1989 killed as many as 10 percent of the global population. Its population has been rapidly, disastrously declining.

The Endangered Species Act, signed into law in 1973 by President Nixon, is designed to protect animals just like Kittlitz’s murrelet. The law has had some success; several species, including the bald eagle, grey wolf, and whooping crane, have all come back from the brink of extinction thanks to the Endangered Species Act. But the Kittlitz’s murrelet isn’t on that list, because it’s not officially a protected species. Instead, it’s been a candidate for consideration…since 1994.

While the Kittlitz’s murrelet has sat on the candidate list, waiting to be considered for federal protection, its population has decreased by an estimated 80 to 90 percent.

And it’s just one of several hundred species that have sat on the wildly backlogged candidate list. The Dakota skipper butterfly has been on the candidate list since 1975. It’s now extinct in Indiana and Iowa. The eastern massasauga rattlesnake has been a candidate since 1982. The list goes on, for hundreds of species of birds, reptiles, plants, insects, and every other corner of the natural world.

The problem of the backlog isn’t due to a single cause; the individual departments in the United States Fish and Wildlife Service and the National Oceanic and Atmospheric Administration tasked with doing this kind of work are extremely underfunded. Sometimes they have to choose between spending money to protect species that are on the list, or deciding whether to go into the backlog and add new species–and choose the former. Management issues have plagued the efforts; during President Bush (43)’s two terms, control of the program was taken away from the department heads and given to political appointees. Pressure from lobbyists, especially from the oil industry, has also slowed the program’s progress. 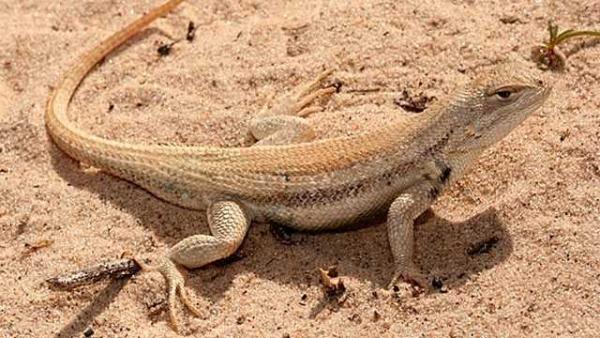 The dunes sagebrush lizard, for example, is native to a very tiny part of New Mexico and Texas. It’s been on the candidacy list since 1982, and has never actually been considered because if it was protected, its range would be off-limits for oil drilling. And the Independent Petroleum Association of American doesn’t want that. The IPAA has fiercely lobbied the government to keep the dunes sagebrush lizard off the list–and has been successful.

It took two lawsuits from conservation groups to actually force the program to review the backlog of candidates. A settlement was reached in 2011, and the specifics were announced this week. By September of this year, Fish and Wildlife Services will evaluate 97 species. The entire backlog, more than 800 species, will be evaluated by 2018. It’s a victory for conservationists (and the flora and fauna in question) but it’s already attracted criticism from the oil and housing industries, which can be forced to change drilling and building plans in accordance with the law.