Jellyfish use high-powered ‘syringes’ to shoot venom into your skin

Someday, we could use those mechanics for drug delivery or advanced tech. 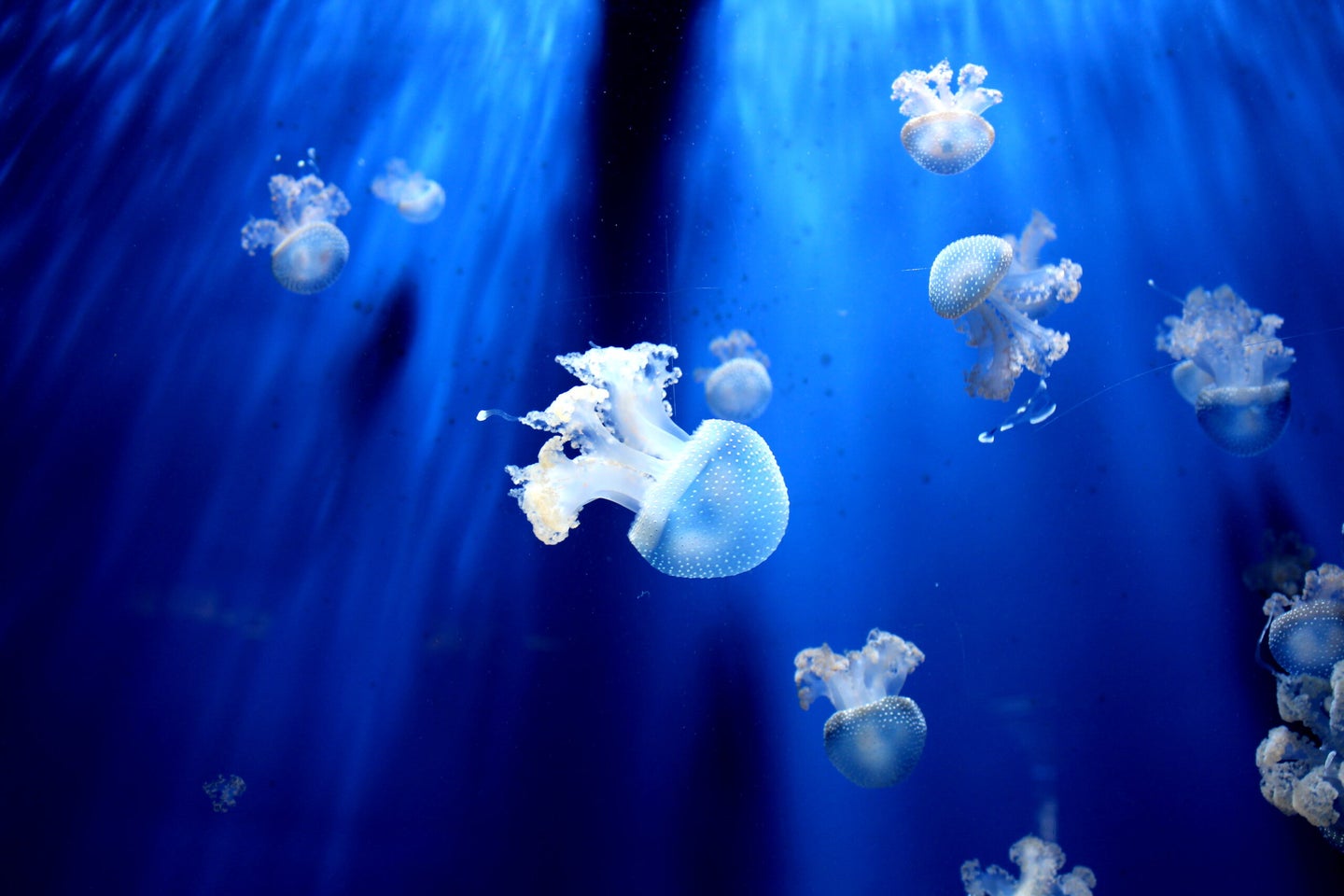 Sting is far too delicate a word for the sudden agony of an unexpected close encounter with a jellyfish. The pain slices into you like a razor, and your skin rises up in violent red protest at the site of the attack. Luckily, the overwhelming majority of jellyfish are not deadly to humans, and for the most part, the brutality of a jellyfish sting is over mercifully quickly.

But how do these brainless creatures—no, really, they don’t have brains—manage to cause so much pain? Jellyfish are members of the Cnidaria phylum, a group of animals that encompasses jellyfish, corals, and hydra. Most of these organisms have nematocysts, which are basically capsules containing biological syringes filled with venom that can shoot out of their bodies at high speeds, piercing the shell of crustaceans, punching through a fish’s scales, or shooting through human skin.

“In response to chemical changes in the environment or physical contact, pressure increases inside the capsule and the needle is ejected at a tremendous acceleration of more than 50,000,000 meters per second—one hundred times the acceleration of a rifle bullet,” researcher Uri Shavit said in a statement.

Along with colleagues from the University of Haifa and Technion–Israel Institute of Technology, Shavit designed an experiment to figure out how that needle-like mechanism moves through the water. They published their findings on Thursday in the Journal of the Royal Society Interface.

Previous research indicated that the capsule might get its force from something called osmotic potential, where the tiny structure—only 10 microns across—takes advantage of the different chemical properties between the seawater outside the body and the water inside its body, using the difference between them to shoot out their needle-like weapons at high speeds.

This new study found that it wasn’t just the capsule that used osmotic potential, however; the needle-like structure does too. Under a microscope, the researchers watched as nematocysts of Nomad jellyfish sitting in water fired into water, and then into a solution of oil. Oil has no osmotic potential for the jellyfish to take advantage of, and the needles travelled three orders of magnitude slower than they did in water.

This means that instead of being fired out of the capsule like a bullet, the needle is actually getting pulled along through the water by the tip of the needle itself—you can think of it as a train of pain.

Understanding how jellyfish sting can help biologists understand other animals’ defense mechanisms against such an assault, and could even help provide us with better defenses for our own use.

Another author of the paper, biologist Tamar Lotan, is actively looking for ways to make jellyfish stings work for us—or at the very least, not against us. One of her start-ups, Nidaria, produces sunscreen that is also designed to protect you from jellyfish. Another company co-founded by Lotan—Monterey Bay Labs—is working on a gel that co-opts the nematocysts from sea anemones for drug delivery, letting you spread an injection over your skin instead of piercing yourself with a mechanical syringe.

The authors note that the research into the biomechanics of these jellyfish could also be used to help build osmotic nanotubes, which could have applications in the medical field, or could even be used to generate electricity.

In the meantime, keep an eye out for jellyfish. As incredible and technologically applicable as their shooting syringes are, you don’t want to experience this particular natural wonder up close.