Ancient climate change was to blame. 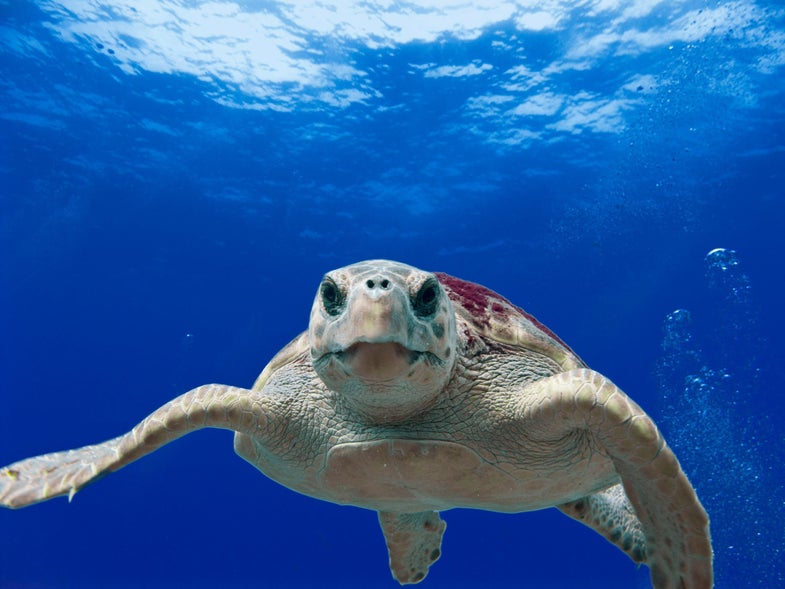 Death is a part of life. Things have to die so other things can be born et cetera et cetera circle of life hakuna matata. It’s hard to get that broken up about some giant aquatic sloths that no longer roam the oceans in search of sea grass. We never experienced their majestic front crawl, so we don’t really care how or when they died. Almost all of the species that have ever existed are now extinct—why should swimming sloths be any more important than the rest?

Apart from the fact that, come on they’re giant swimming sloths, there’s one major reason you should care: ancient animals went extinct for many of the same reasons that modern animals will go extinct. And the more we know about those extinction events, the better prepared we can be for future ones. Because there will be future ones.

Back in the Pliocene and Pleistocene epochs, the seas were changing. Sound familiar? It wasn’t driven by humans, but the evolving climate was having a huge impact on the ocean—some of the largest sea level changes in the last 66 million years happened during those epochs. And that was problematic for a lot of creatures.

Anthropologists already knew that a number of extinctions happened around that time and figured they were probably due to changes in ocean conditions. Those climate shifts were a natural part of the cycles of cooling and warming that our planet has gone through for millennia. Unfortunately, ancient climate change and modern, human-driven climate change aren’t even on the same playing field. Our greenhouse gas emissions have caused a massive uptick in the rate of global warming. It’s happening at a much faster rate than we see in the climate record, and that means it’s much more challenging for species to adapt to their new normal. While ancient natural climate change was of a gentler sort, it did make sea levels go up as ice melted—but scientists had previously assumed that while rising seas impacted local populations, marine biodiversity was pretty resilient on a global scale.

Oops. As it turns out, 36 percent of marine megafauna died out at the end of the Pliocene epoch. That’s over a third of the mammals, sharks, turtles, and seabirds that died out as the climate changed. The analysis, published in Nature Ecology & Evolution on Monday, also found that marine mammals suffered the worst losses. They had 55 percent less biodiversity after the extinction, whereas sharks only lost 9 percent. And there wasn’t just less biodiversity—there was less functional diversity, too. Those might sound like the same thing, but functional diversity has a much larger impact. Biodiversity is about a loss of species, not a loss of functional roles in an ecosystem. If one seal dies off, but another species of seal fills the same niche and can grow in number to make up for the loss, it’s less of a problem. If a seal dies off and nothing else fills their ecological niche, that could spell the end. Or, at the very least, it makes the entire ecosystem more fragile, more susceptible to change.

And that’s exactly what happened at the end of the Pliocene. Marine animals, especially those living along the coasts, died off and left gaps in their place. Entire functional groups were lost, and the ones that remained were more vulnerable to future losses. Even the new species that evolved during the Pleistocene couldn’t repair the damage.

The researchers think that it wasn’t just changing temperatures that prompted these deaths. Coastal habitats were also becoming more scarce, and food along with them. Which means climate change isn’t the only way humans could contribute to a future mass extinction. The anthropocene—the era during which humans have had an inordinate impact on the Earth—could bring on the next big event.