Dams on the Amazon River could have widespread, devastating impacts—and we keep building more of them 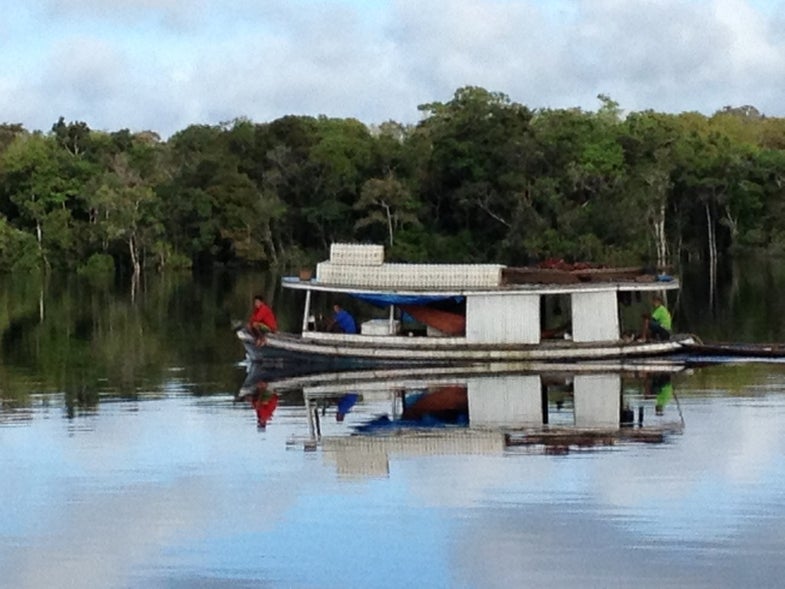 During the waning days of August 2014, workers in northwestern Washington State finished dismantling the Glines Canyon Dam on the Elwha River; the largest dam removal project in U.S. history.  Over the past 20 years, more than 865 dams have been dismantled—72 came down in 2014 alone. A combination of infrastructure issues (including breaches), a recognition of the dams’ negative environmental effects, and the fact that many dams had failed to live up to their energy promises has moved the idea of dismantling dams from the fringes to the mainstream. In the United States, anyway. Forty-five hundred miles away, Brazil is still in the midst of a dam-building frenzy in one of the Earth’s most delicate and vital ecosystems—the Amazon. And a study released this week in the journal Nature suggests that the environmental impact of all of this dam building will be far worse than predicted.

The issue, say the study’s authors, is that existing scientific reviews of Amazonian river dams have focused mainly on the immediate area around the construction. “Nobody considers the teleconnections,” says lead author Edgardo Latrubesse, a Professor at the Department of Geography and the Environment at University of Texas at Austin. “If I build the dam here, what is happening upstream, what is happening downstream? And if you build the dam in multiple places along a river, the impact is magnified. This isn’t considered when they build the project.”

It’s important to understand the scale of the dams we’re talking about. When completed in 2019, the 11,233 megawatt Belo Monte dam will reach 295 feet high—a bit shorter than the Statue of Liberty—and stretch more than 2 miles across. That will make it the fourth largest dam in the world (by installed capacity) behind China’s controversial Three Gorges Dam. It will not, however, be the largest dam in Brazil: that questionable honorific goes to the Itapúa dam along the border. Developers have proposed building a total of 428 hydroelectric dams in the Amazon basin, and at least 140 of them are either completed or currently under construction.

Indigenous communities along the rivers say that the dams harm fish and disrupt fresh water supplies—a particularly disconcerting proposition given that the Amazon is home to between 16 and 18 percent of the world’s fresh water supplies. And the roads that are built to support these massive construction projects open up the rainforest for illegal logging, speeding up deforestation. All of these are known regional problems. The study authors created what they call the Dam Environmental Vulnerability Index (DEVI), however, to assess the ripple effects of dam building. They combined three indexes: The Basin Integrity Index (BII) which measures the vulnerability of a river basin to existing and potential land use change, erosion, and runoff pollution; the Fluvial Dynamic Index (FDI) which looks at how the river changes over time, how it floods, and its sediment load; and the Dam Impact Index (DII) which measures how much of the river system will be affected by the planned and built dams.

The study suggests that dams in the Madeira basin will be particularly impactful. The region is home to the largest tributary of the Amazon and provides almost half of the total sediment to the river system, which will now be trapped behind dams. This won’t just be felt locally, but also regionally—the sediment that the rivers carry provides nutrients that sustain wildlife, help sustain regional food supplies, and modulate river dynamics far beyond Brazil’s borders.

“The Amazon’s rivers contribute millions of tons of sediment both to the Amazon and to the sea that are then distributed by marine currents to the northwest coast of Brazil, to Surinam and to French Guiana,” says Latrubesse. “This area has the biggest mangrove forests in South America. If we modify all this sediment flux with dams we’re going to modify all of this marine system, including the coastal mangrove in Suriname. These countries weren’t involved in the decision-making process and have no clue that this could happen.”

Mangrove forests, which are recognizable by the dense tangle of prop roots that give them a stilt-like appearance, only exist at tropical and subtropical latitudes near the equator. In addition to being a diverse ecosystem, these forests play a huge role in stabilizing coastlines, reducing erosion from storms. The loss of sediment, which is essentially their soil, would be devastating, and Latrubesse draws parallels to what the United States did to the Colorado River. Because of the dams we built, the river barely flows to Mexico. While that affects just one country, the sediment that the Amazon ordinarily releases into the Atlantic Ocean also affects the paths of tropical storms across the Caribbean and into the Gulf of Mexico. Removing this one key part of the ecosystem has the potential to harm many.

Two huge dams have already been constructed on the Madeira: the Santo Antônio and Jiaru dams, which led to a 20 percent decrease in the average sediment concentration in the Madeira despite unusually high flood discharges in 2014 and 2015. Even more sediment will be trapped by the additional 25 dams planned further upstream.

“The U.S. and Europe, even in countries where water is very precious like Australia, they don’t want to build these kinds of dams because they produce high impact on the environment,” says Latrubesse, noting that many of these dams were originally conceived in the 1970s. “They are resurrecting old projects with no study to select the places where the dams can be built. We need to study where the dams can be built with smaller impacts.”