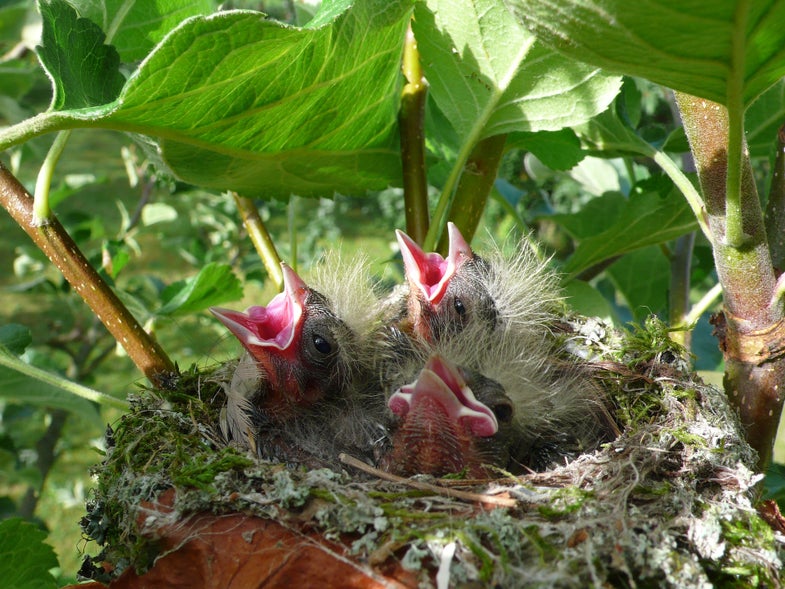 Yes, the bird that calls loudly at your window an hour before your alarm goes off is annoying, but how does it learn to sing like that? More specifically, how does it learn to sing that particular song when surrounded by a chorus of other birdy voices? For years, scientists have wondered if birds are born knowing their distinctive calls or if they learn the behavior over time (practicing, practicing, practicing, until they get to an avian Carnegie Hall).

It looks like it may be the former. In a study published Monday in Nature Ecology and Evolution, ecologists found that even if other species of birds raised young nestlings, the nestlings would still respond more strongly to the songs of their own species. Each songbird’s vocal taste was determined—at least in part—by genetics.

Some animal behaviors can be learned, as the internet will gladly remind us, with cats acting like bunnies ducklings acting like kittens and ducks acting like dogs. But in some cases, nature beats nurture.

For this study, the researchers examined the pied flycatcher and collared flycatcher, two birds that live on the same island in the Baltic sea. They knew that nestlings in each species would start to visibly respond to their species’ songs as early as 10 days after they hatched. The ecologists wanted to see if swapping out eggs in the nest (and having the other flycatcher species raise them) would affect the birds’ responses to song. In other words, could the baby birds be tricked into learning a totally new birdsong if that’s all they heard after hatching?

Then, the ecologists took the study a step further. They created hybrids of the two species and found that the resulting hybrid nestlings responded much better to pied flycatcher songs. That suggests to them that there was a genetic component to the song preference.

“Song differences across species are vital for birds to choose appropriate mates and negotiate complex social interactions. A genetic basis for song discrimination in early life may help explain how song differences are maintained in a noisy, diverse world,” study co-author David Wheatcroft said in a statement.

And the world is getting noisier. In addition to rival birdsongs, birds also have to contend with—and adapt their songs to—human noises like traffic.