Their trek from pest exterminator to pet. 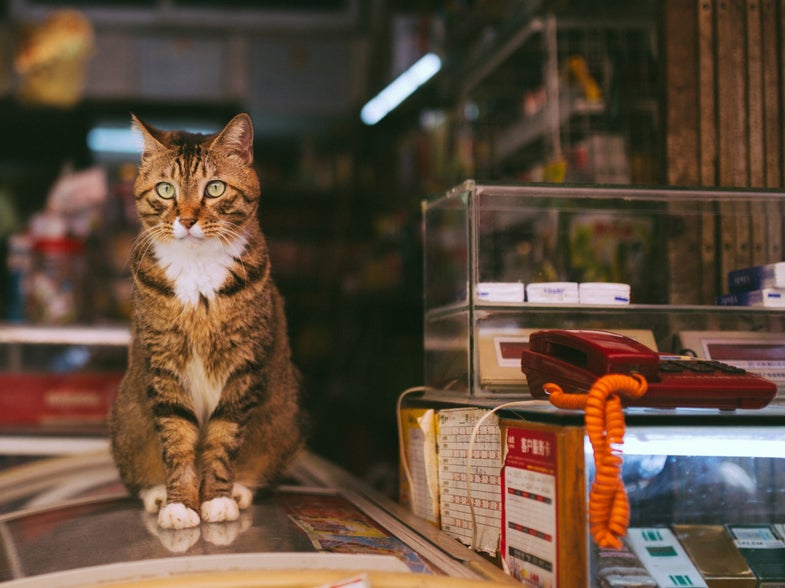 Domesticated cats live pretty much everywhere except Antarctica, and a new study in Nature Ecology and Evolution helps to uncover how they spread so far. DNA from the remains of more than 200 cats, dug up from Viking and Stone Age graves and extracted from Egyptian mummies, reveals that cats conquered the globe in two waves.

Feline remains are scarce in the archaeological record, and it doesn’t help that ancient domesticated cats are nearly impossible to distinguish from their wild brethren. So there’s a lot we still don’t know for sure about how humans turned wildcats into lap cats. But today’s study, which took 10 years to complete, is one of the most comprehensive analyses yet.

The African subspecies of wildcat (named Felis silvestris lybica) found its niche in the region now known as Turkey during the dawn of agriculture. As humans started storing grain some 10,000 years ago, rodents decided to move in with us. That attracted wildcats, and then some smart person said to herself: “Hmm, these things are pretty good at killing rats, maybe we should keep them around.”

Tamed cats seem to have spread from there, reaching Europe as early as 4,400 B.C.

The second wave of cat domestication came out of Egypt. Here, Felis silvestris lybica may have become quite tame and sociable—Egyptian artwork from around 1500 B.C. shows felines in domestic situations, lounging under peoples’ chairs, for example. That might explain why this lineage of cat was so popular, spreading along trade routes through Africa and the Mediterranean in the first millennium B.C.

Cats continued to expand their domain thanks to their usefulness on ships, where rodents were also a big problem. The Vikings probably helped to carry the felines to new lands, including northern Europe.

Because cats were valued mostly as pest exterminators, their owners don’t seem to have cared too much about how they looked or behaved for thousands of years. Then, sometime in the fourteenth century, a gene for blotched tabby markings showed up in western Turkey—suggesting that controlled breeding of tamed cats was finally taking off. The gene spread in Europe and Africa, and by the time cat breeding started to take off in the 19th century, the gene had become common.

For thousands of years—and still to this day, in some places—domestic cats continued to interbreed with their wild counterparts. This could help to explain why tamed cats aren’t as physically different from wildcats as, say, a chihuahua is from a wolf. And it might help to explain why even the nicest house cats still tend to be anti-social.

So the next time you get frustrated with Fluffy because she doesn’t understand why she’s not allowed to walk on the table, maybe it’s worth blaming our own ancestors, too, for not properly domesticating cats sooner.