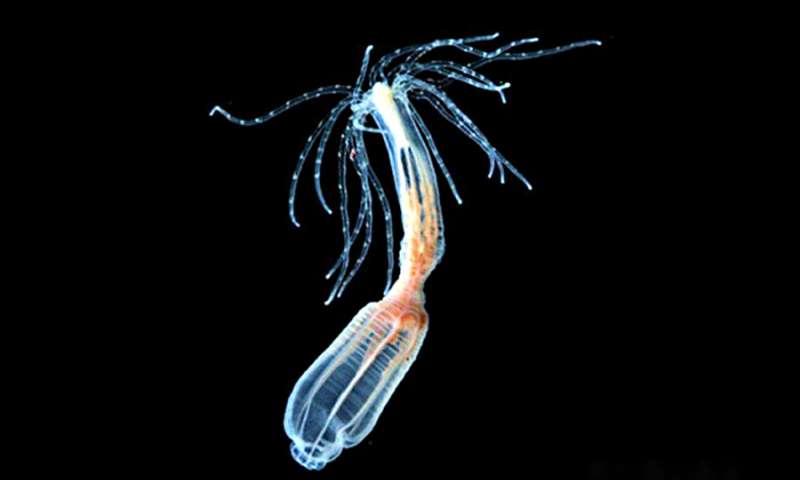 Once a heart cell, always a heart cell: Human cells don’t get to make career changes. But life doesn’t work that way for the starlet sea anemone. Cut one into five, six, or even seven pieces, and the cells rearrange until each cut piece becomes a tiny new starlet. If the anemone loses some tentacles and half its body, for example, there’s nothing stopping the gut cells from whipping out their résumés and rebranding themselves as muscle fibers, neurons, or tentacles. (Don’t try this at home, humans.)

This ability to regenerate is quite something. And researchers from the Whitney Laboratory for Marine Bioscience University at the University of Florida might just have some insight into why human cells can’t pull off this same trick. In a study published last week in the Proceedings of the National Academy of Sciences, these biologists revealed that they’ve found a gene lockdown loop which may be part of the answer.

“It’s sort of an engineering principle, these lockdown loops,” says laboratory director and study author Mark Martindale. “Once you make a decision, you want it to stay on all the time. So, you positively reinforce that decision.”

In this case, the researchers found a small set of genes that, once turned on, prevent cells from reinventing themselves as other kinds of cells. The gene expressions also feed into themselves, keeping the system from ever stopping.

And in many ways, that makes sense. It’d be terrible if all your heart cells suddenly decided they wanted to be neurons instead, Martindale points out. But our cells’ inability to change their fates also means that humans have a very limited ability to regenerate heart cells after a cardiac arrest.

In starlet sea anemones, on the other hand, the researchers found that while the same corresponding genes got turned on, there was no feedback loop. Therefore, cells could forget their past lives and choose again what kind of cells they wanted to be. Tentacle? Neuron? Epithelial? It’s all up for grabs!

Now, starlet sea anemones are small and simple creatures. They’re made of just eight cell types. Humans have around 200. However, we can learn a lot from these marine animals, says Martindale. Humans are actually more genetically related to these sea anemones than to some other model research organisms, like fruit flies. Heck, starlet sea anemones even have genes for hearts—even though they don’t have any. So, in a way, you can say these stars have a lot of heart…and amazing second acts.