Get the best deals on Razer computers and gaming accessories during Amazon's Prime Early Access Sale. 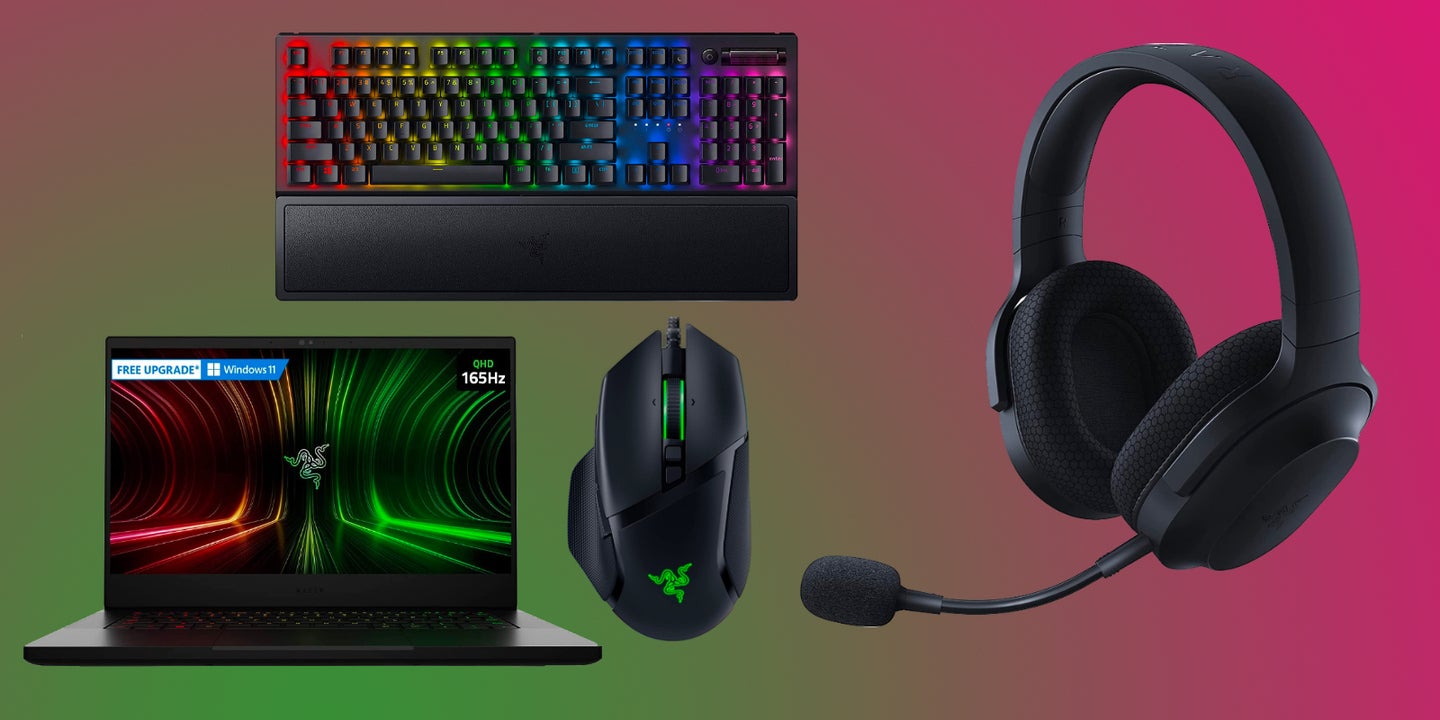 Amazon’s Prime Early Access Sale is in its final day, but there are still a ton of great deals to be had, especially if you love gaming. Razer, the preeminent hardware maker of gaming computers and accessories, has discounted a bunch of its gear but these deals are only around until midnight tonight. If you’re upgrading your PC setup, or want to get a new computer that’ll run the latest games at high settings on the go, don’t miss these deals.

Just remember, you’ll need an active Amazon Prime subscription to partake in the Prime Early Access sale, so be sure to sign up for a free, 30-day trial if aren’t a subscriber then keep scrolling to explore the savings.

The Razer Blade 14 is a gaming laptop that gives many mid-range desktops a run for their money. The machine’s stacked tech specs include an 8-core AMD Ryzen 9 5900HX processor, 16GB of RAM (memory), a 1TB SSD (Solid State Drive), NVIDIA GeForce RTX 3080 with 8GB of dedicated video memory, and 14-inch QHD display whose refresh rate can climb up to 165Hz. A display’s refresh rate determines how quickly it can be updated with new information, which is key when playing fast-paced games like first-person shooters where every millisecond makes a difference.

This high-end hardware is packed into a laptop that weighs just under 4 pounds, making it light enough to reasonably carry in a backpack to and from school or work. The Razer Blade 14’s internal specs are complemented by two USB-C ports, two USB-A ports, an HDMI port, and a headphone jack. You’ll have no problem connecting Razer’s gaming accessories to this machine without an adapter. If you’ve had to cut down on your gaming time because you don’t have enough space for a full desktop rig, or you travel frequently, the Razer Blade 14 is a definitive solution.

Communicating with your teammates is key when playing online games competitively, which means you’ll need a gaming headset like the Razer Barracuda X to keep your edge. The headset is basically a pair of comfortable over-ear headphones with a microphone attached, so you can clearly hear and easily speak to fellow players. A big part of the Razer Barracuda’s appeal is that it can work wirelessly with a PC, PlayStation 5, Nintendo Switch, and Android devices. If you game on multiple platforms, it’s helpful to use the same headset for each one. Its other standout feature is the ability to play audio in simulated 7.1 surround sound, so you can hear opponents coming at you from any angle, and get fully immersed in your game.