Sony’s next-gen console has incredible graphics, but the controller is the big differentiator. 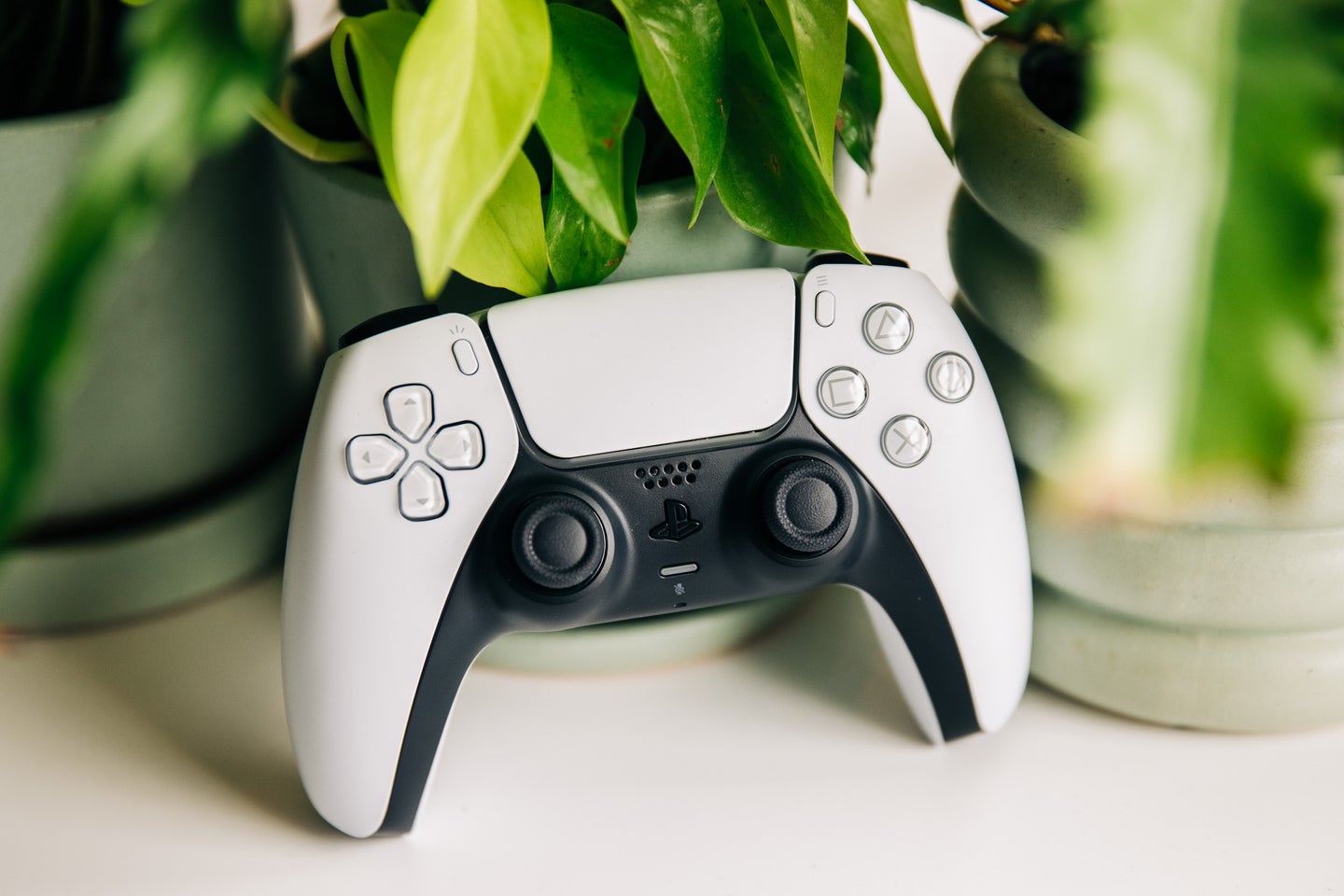 The DualSense controller is an excellent bit of gaming gear. Stan Horaczek
SHARE

The PS5 arrived at just the right time. Old gaming consoles were starting to feel outdated. Even the high-performance machines in their respective lineups—like the Xbox One X and the PS4 Pro—were starting to show their age. It’s 2020, after all, so why are we spending so much time staring at slowly loading screens?

That changed this week. We’re now in the next generation of gaming consoles and Sony’s new PS5 is an extremely impressive piece of hardware.

By now, you may already know what’s inside the PS5. It has an eight-core Zen 2 processor and a 10.2-teraflop RDNA 2 GPU. But, the beauty of buying a console is that you don’t actually need to know what any of that means. Every PS5 owner has the same machine and no one ever expects you to crack it open and swap out parts to try and maintain credibility on the message boards.

If you’re used to the PS4, you’ll notice an immediate improvement when it comes to speed after upgrading. You don’t have time to make a sandwich between pressing the power button and getting into the menus anymore. That’s due in large part to the new NVMe solid-state storage device, which is orders of magnitude faster than a spinning drive. If you do choose to remove the side panel, you can plug in a third-party SSD or buy the $220 Seagate 1 TB SSD expansion card just to make more room for PS5 games and apps. The expansion feature isn’t available just yet—it’s coming via a software update later—and the expansions still won’t be cheap for a while, but you do have the option.

There aren’t a ton of titles that can take advantage of the PS5′s power—at least not yet. I played through a lot of the remastered Spider-Man: Miles Morales, and it feels like a next-gen game. It doesn’t need time to load. The cutscenes pop up without a stutter and it took me just over 12 seconds to get from the menu into the game itself.

The game natively runs at 4K 30 fps with ray-tracing enabled. Ray-tracing has been the big story in PC gaming over the past year or so—before, the tech was typically only for the motion picture industry to render high-quality digital effects, but now it’s quickly becoming the standard in terms of video games. With ray-tracing on, the game looks absurdly beautiful. Look quickly during a cutscene and you’d be totally justified in thinking it’s a movie. People still have that slight uncanny valley effect, but the graphics are incredible.

You can kick the performance up to 60 fps, but then you lose ray-tracing. The in-game action looks smoother, but the cutscenes lose a little bit of their next-gen polish.

Personally, I prefer running it with higher framerates, especially when it comes to swinging around from building to building. But, you can choose.

The PS5 is seriously committed to backward compatibility. So, even if games haven’t gotten next-gen upgrades yet, you can still expect them to load a lot faster than they ever have in the past. Loading into Overwatch, as I’ve done thousands of times, felt refreshingly snappy.

We’re still in the early stages, so only time will tell how much the power pays off. I haven’t been able to test out the super-smooth 120 Hz gameplay just yet, but it’s coming. And it will make a difference.

It’s hard to overstate how much of a differentiator the new DualSense controller really is. The haptic feedback that uses pinpointed vibrations to mimic on-screen action is extremely impressive—even better than what you’ll find in the iPhone. During intense moments it can buzz hard enough to startle you a little. But, more importantly, the subtle feedback gives you ambient cues about what you should be feeling and experiencing.

You can even tell the texture of the ground on which your character is walking without looking at the screen. It’s impressive.

The controller also has a touchpad and motion control. A game called Astro’s Playroom comes baked into the console itself, and it’s designed to show off what the console and the controller can do. The haptics are amazing and, when used sparingly, the motion controls are fun. If you’re expecting a Nintendo Switch-like experience, you shouldn’t. The motion is simply another layer of the controller’s capabilities. Hopefully, developers will work it subtly into the game when it makes sense. I don’t see myself ever having to wave the PS5 controller around in the air like a wild person, and that’s a good thing.

The adaptive triggers are also wonderful. It’s still truly novel to pull back on one of the controller’s shoulder buttons and meet more, or less, resistance than you would have expected. It makes shooting a bow-and-arrow that much more realistic. Developers will likely use this to great effect down the road, and I’m stoked to experience it.

Personally, I don’t care what video game consoles look like. Unless it’s literally adorned with a picture of me that has the word “loser” scrawled underneath or it’s so large that I need to take my front door off the hinges to get it into my living room, the look and size of a gaming machine is almost entirely irrelevant to me. I imagine many gamers are in the same boat, but the PS5′s chunky body still raised a lot of eyebrows early on.

So, what do you actually need to know about the console’s design? Yes, it’s big. It’s 15″ x 10″ x 4″ and it may not fit into your TV cabinet or gaming area or wherever it is you keep your ever-growing collection of HDMI-connected boxes. If it does fit, you’ll likely put it in there, then never think about the look of it again, especially since that controversial case design makes for excellent cooling that’s mostly silent.

Right now, the PS5 is still an early adopter product. The list of launch titles is still relatively sparse and, while the backwards compatibility is awesome, it probably won’t totally revolutionize the experience you have with your favorite game—at least not yet. But, it’s coming.

If you have a fancy TV that can support the HDR graphics and high frame rates, this machine will take advantage of all of it and then some. The $500 PS5 will get you an optical drive you can use to play older games and Blu-ray Discs. You can step down to the digital-only version for $399, which seems like a great deal for people who download most of their games anyway. It seems almost certain that this will be the last generation of consoles that offers disc drives built into the hardware, so maybe squeeze as much use out of your disc collection as you can now.

While the PS5 still has a lot of growing to do, it’s obvious that it’s going to be truly great. It has lots of room to grow, andI’m looking forward to years of hacking and slashing on the PS5.