Save on generators during Amazon’s Prime Early Access sale 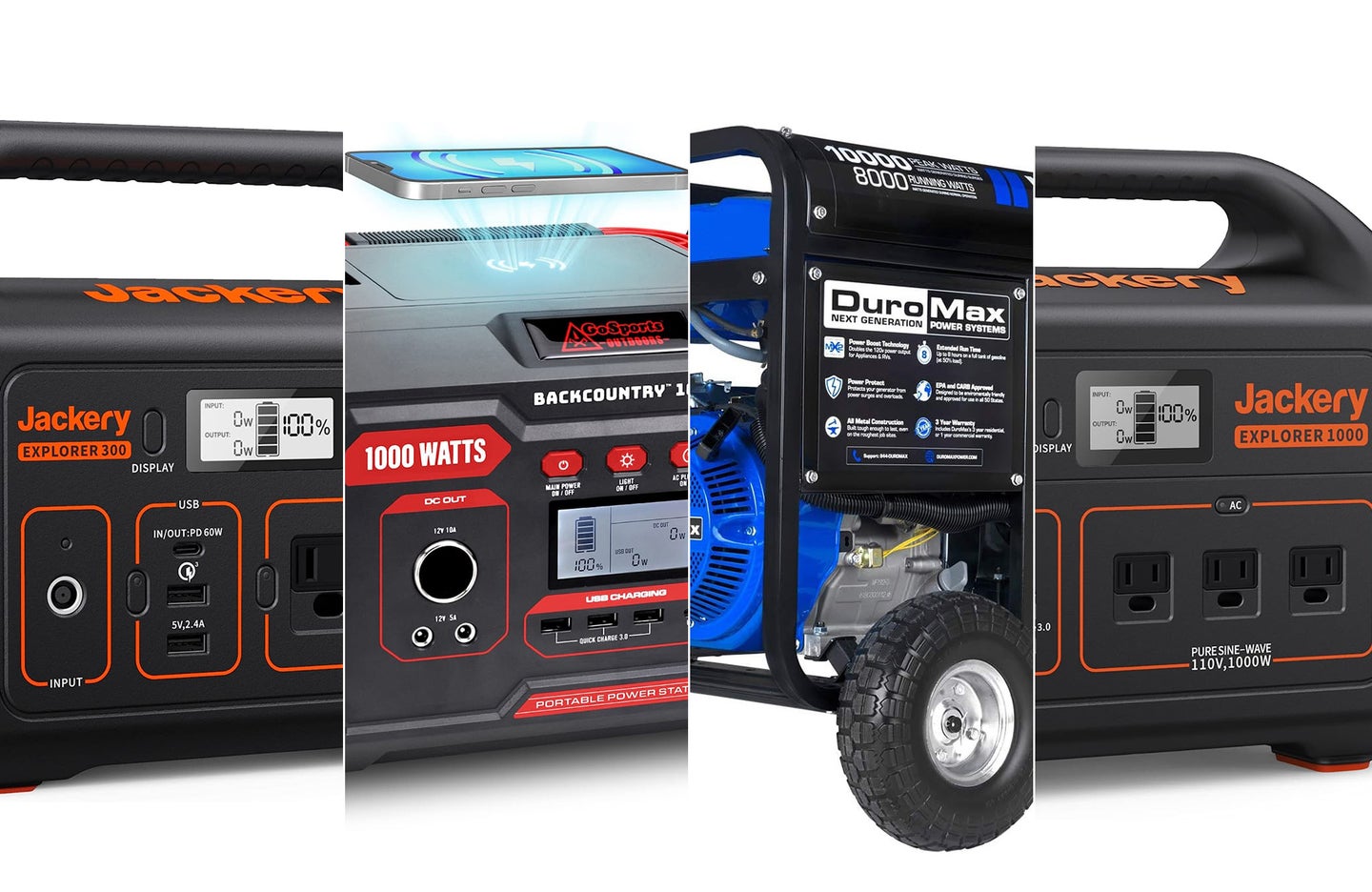 You'll be glad you made the investment when the power is out. Stan Horaczek
SHARE

Pretty much everything we do requires power, which makes life difficult when a trip, storm, or some other event takes us off the grid. That’s where generators come in handy. Access to a portable power supply can make life more convenient on a camping trip or during a simple power outage. But, a reliable generator can be a literal lifesaver in a dire situation. While burly portable power stations and generators require considerable investment, Amazon’s Prime Early Access sale brings with it some truly impressive deals that can save literally hundreds of dollars. You can check out our list of the best solar generators, but keep scrolling for an updating list of the best generators deals happening during Prime Early Access.

Jackery’s super-portable power station is probably smaller than your current toaster. But, it stores enough juice inside to power a flagship smartphone up to 10 times or even more depending on the device. It has a pair of standard outlets, as well as USB-A and USB-C connectivity, so you can plug in your router and your laptop and keep right on shopping for deals in case the power goes out during the Prime Early Access sale. It’s also handy if you’re going on a trip or a camping outing and just want to keep your devices juiced up while you’re away from the grid. I have one of these and I can’t believe how many times it has come in handy. This is also the lowest price we have seen in a while, so jump on this one before it sells out.

If you need more power than the Explorer 300 can provide, step up to something more formidable. The Explorer 1000 offers a trio of typical outlets, as well as two USB-A and two USB-C connections. It has a massive battery and output levels high enough to handle machines like coffee makers and CPAP machines. But, if the stored power isn’t enough, you can add optional solar panels that can provide a renewable source of energy as long as you get adequate daylight. It weighs in at 22 pounds, but the chunky handle makes it incredibly easy to move around. Plus, it fits easily into just about any vehicle.

We’ll be updating this list of generator deals all throughout Amazon’s Prime Early Access sale, so keep scrolling for more deals on portable power.