After many years, the Wolverine Ultimate finally gets a glow up with the Razer Wolverine V2 Chroma. 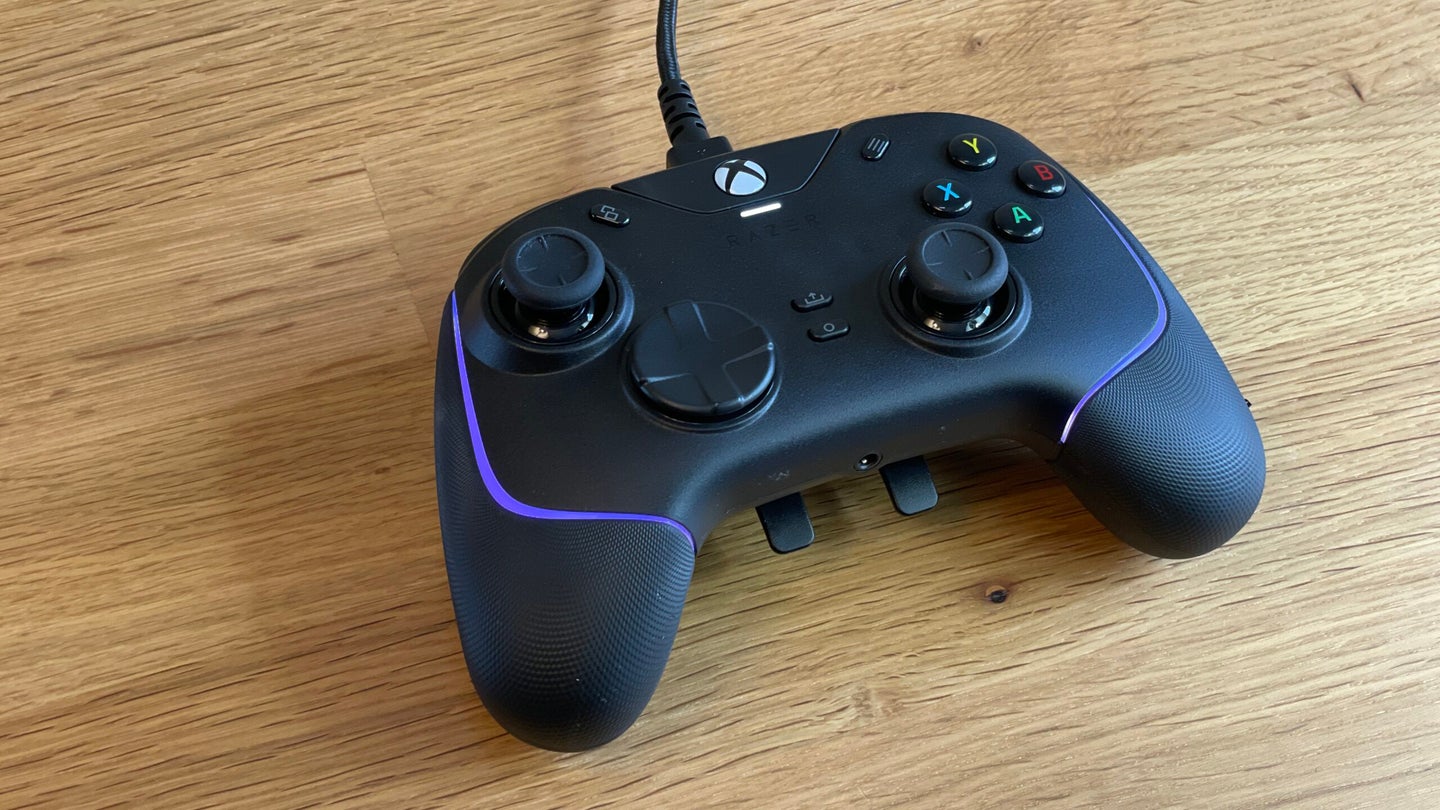 Since 2017, Razer’s Wolverine Ultimate gamepad has been one of the best upgrades you can get for the Xbox One, Xbox Series S, or Xbox Series X. Some players balk because it’s wired only but its mechanical buttons, customizable components, and rear triggers coalesce into an effective gamepad worthy of its “Elite” price.

A new coat of Chroma for the Razer Wolverine V2

The Razer Wolverine V2 Chroma looks a lot different than the Wolverine Ultimate that came before it. Introduced with 2020’s less expensive Wolverine V2, the V2 Chroma has a wider, more rounded shape, which feels more modern and better differentiates itself from Microsoft’s first-party Xbox gamepads. Razer’s also removed the once-necessary audio controls for analog headsets. Picking up the Wolverine Ultimate again after a long time, it was more dated than I remembered.

Its matte black plastic shell and buttons seem more subdued than its predecessor. Measuring 6.5 by 4.13 by 2.59 inches (WDH), it looks and feels weighty but, at 10.09 ounces, it mirrors the 10.12oz standard Series X/S controller. The handles have been reshaped with curved, bulbous stems that create a natural fit for your hands. Thick rubberized grips on the sides and base of the handles keep this Xbox controller from wiggling in your grasp.

Then, of course, there’s the namesake “Chroma” RGB lighting. The controller has two bands of RGB illumination that divide the rubberized grips and the face, where you’ll find the buttons and analog sticks. The lights cycle through a rainbow of colors by default, but players can customize the patterns using the  Razer Controller configuration app for Xbox and Windows.

The Wolverine V2 Chroma retains the already considerable feature set that kept the Wolverine Ultimate a top Xbox One controller for many years.

The V2 Chroma features six customizable inputs. Four ergonomic triggers pack tightly onto the back of the controller, and two “multifunction” buttons, dubbed “M1” and “M2” sit on the top of the gamepad near the bumpers (LB and RB). The triggers require slightly more of a reach than the Xbox Elite Series 2’s rear paddles, but they are still effective for quick, supplemental taps. (I like using them for dodges and rolls in games like Dark Souls, or the melee attack in Halo Infinite.) The multifunction buttons can be very useful, especially with games with control schemes that revolve around the bumpers and triggers, but it’s on you to configure them and remember that they’re there.

The V2 Chroma also has replaceable analog sticks. You can swap out convex and concave stick-tops on the fly. They’re held in magnetically, which makes it very easy to pop them out, while still feeling tight and responsive as you’re playing. Unlike the Ultimate, the Wolverine V2 Chroma’s one-piece D-pad is not replaceable.

Lastly, the Wolverine V2 Chroma has trigger locks—a competitive feature that shortens the travel of the triggers, making it easier to squeeze them very quickly. I personally don’t love the abrupt stop when you pull a locked trigger, but they are helpful for competitive play.

There is one specific returning feature that makes the Razer Wolverine V2 Chroma stand out: the face buttons and D-pad feature mechanical switches, which cut down slightly on input lag and provide a noticeable tactile click when you press them. As with mechanical keyboards, the switches in the V2 Chroma use a physical mechanism to “actuate” an input, sending the signal to your Xbox or PC.

According to Razer, using mechanical switches leads to quicker actuation, and may shave a fraction of a second off of lag off each input. The tactile bump also serves as a confirmation that you’ve fully pressed each button, leading to better speed and accuracy. They also just feel good to press. The clicky buttons have a smooth action and cut out any hint of button squishiness, a common complaint in even great controllers. The feedback and feel of mechanical buttons make the experience of rapidly tapping all over the gamepad especially satisfying.

So, who should buy the Razer Wolverine V2 Chroma?

Other than the Elite Series 2, the Wolverine V2 Chroma is the best Xbox controller you can get right now. If you don’t mind using a wired controller, its mechanical buttons make the experience of using a gamepad more satisfying. Plus, it has many of the best, luxury gamepad features available among third-party gamepads. And, yeah, the Chroma’s fun too. At $149.99, it’s an expensive controller, but any gamepad that somehow improves the fundamental feeling of pressing a button is worthy of consideration, regardless of the price.