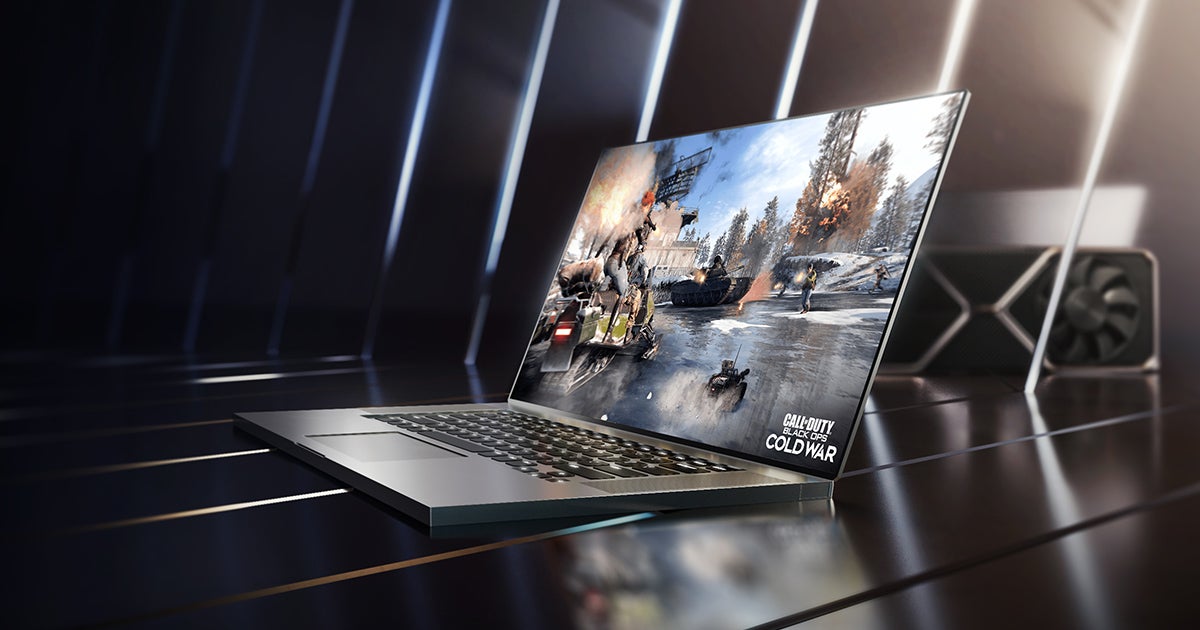 Nvidia’s RTX 3050 30-series graphics cards have been hot commodities ever since they debuted last year. The COVID-19 pandemic spurred PC gamers to clamor for graphics cards that can run top-tier games at buttery smooth frame rates. Now, you have to be lucky to get one—or flush with enough Dogecoin profits to accept the absurd markup currently happening on the secondary market.

But even with its desktop hardware in short supply, Nvidia has just announced the first laptop-specific RTX 3050 and RXT 3050 Ti graphics cards, and they could offer serious performance upgrades to much more affordable computers.

Today’s announcement includes both the RTX 3050 and the RTX 3050 Ti. As the RTX in the name suggests, these graphics cards enable ray tracing tech when running compatible games. For the unfamiliar, ray tracing came to mainstream computer gaming back in 2018. It stems from the movie special effects world and gives games a real-time way to render much more realistic graphics and lighting effects. Since its debut in 2018, it has become essential for high-end gaming and has expanded into the next-gen gaming consoles, including the Xbox Series X and the PlayStation 5.

Nvidia’s new RTX 3050 and RTX 3050 Ti are meant specifically for laptops, which means they don’t bring the same kind of raw processing power offered by higher-end desktop models. The 3050 series offers 4GB video memory, which is less than its bigger siblings, and fewer processing cores overall. That shouldn’t be much of a surprise, however. These are built for more affordable laptops, which restricts both physical space and budget.

Despite the relative lack of hardware firepower, the 3050-series cards can still reportedly churn out considerable gaming heft. According to Nvidia, the slightly higher-end 3050 Ti can crank more than 60 fps out of popular games like Call of Duty: Warzone, Watch Dogs: Legion, and even Minecraft, which received a considerable aesthetic boost with the advent of ray tracing.

Framerate is crucial for modern gameplay because more frames-per-second make for a smoother experience. With the 3050-series cards, achieving that optimal smoothness means running the graphics at less-than-maximum quality and resolution. Still, the cards can perform better than their hard specs might suggest. With Nvidia RTX 3050’s Deep Learning Super Sampling (DLSS) tech-enabled, the machine can run a game at a lower resolution to enable a higher framerate. At the same time, however, the hardware can analyze the image on-screen and use artificial intelligence to improve the image beyond what you’d expect for a given quality setting. Unfortunately, not every game supports DLSS at the moment, but many of the most popular titles do.

Nvidia claims laptops sporting the new RTX 3050 graphics card will start at just $799. That’s fairly affordable even for a non-gaming laptop. Of course, when you start at the base model, you shouldn’t expect to get the full benefit of the hardware’s abilities. Manufacturers can adjust the cards’ output to match the energy consumption and heat dispersion needs of a given laptop. So, if you buy a skinny machine with little room for cooling inside, you almost certainly won’t reach the numbers offered in Nvidia’s benchmarks. Still, these cards represent a fairly large jump in performance in just about every way compared to popular cards like the aging GTX 1650 Ti.

Plus, Samsung recently announced its new Galaxy Book Odyssey machines, which will start at $1,399 and come with an RTX 3050-series card inside. We’ll likely see a lot more machines following suit in the coming months.