Kids are suffering from climate anxiety. It’s time for adults to do something.

As they struggle with disastrous forecasts, the youth are growing more disillusioned with grown-ups' actions. 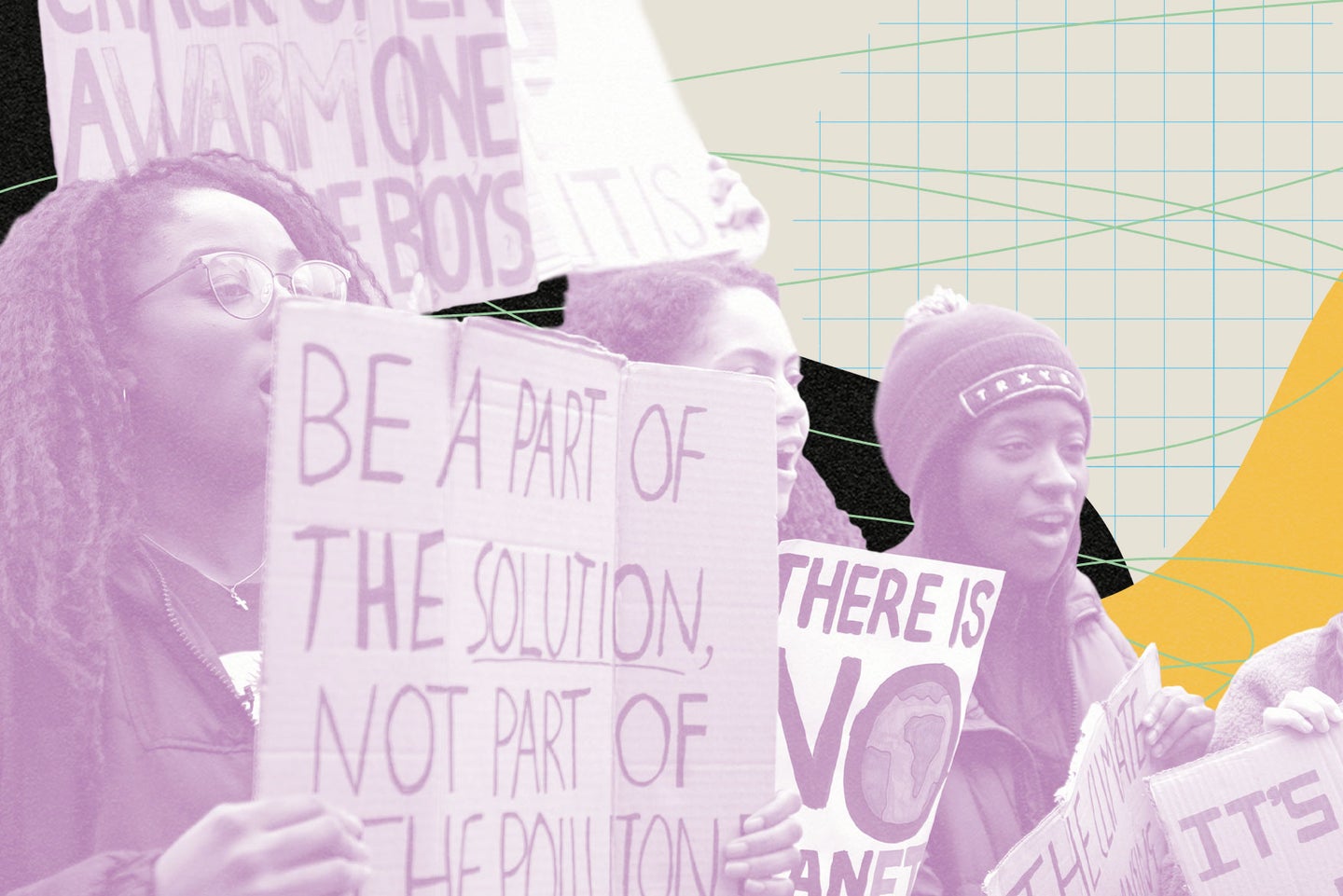 Saving the world is a lot of pressure to put on young people. Callum Shaw/Unsplash
SHARE

What do you do when the world feels like it’s crashing down on you? Many young people deal with anxiety in the way that you or I would—going out for a walk, brewing a cup of tea, or taking a moment of mindfulness.

Every person on Earth has grown up with their own generation’s crises and dilemmas. But today’s kids are dealing with something that’s unprecedented in human history: They’re trying to survive in a world marred by climate change, while also leading widespread action against it.

When interviewing young folks for her soon-to-be-released book on climate activism, 19-year-old environmentalist Mya-Rose Craig was struck by the ages of her subjects. “They’ve been aware of these issues and have been fighting since they were young children,” the UK resident says.

As extreme weather, hunger, and displacement grip different regions, public health experts predict at least 250,000 yearly climate change deaths in the near future. That’s may be far less than the live lost in World War II, and even the COVID-19 pandemic, but it’s important to understand that there’s no clear end point to this catastrophe. “[Adults have] gone through life thinking that things can be bad sometimes, but we recover. We fix things,” says Caroline Hickman, a psychotherapist at the University of Bath and member of the Climate Psychology Alliance. “The problem is … the climate crisis isn’t like that.”

Youth and adults see climate change in vastly different ways, which means the anxiety they feel as they handle the future is different, too. And for many children, those mental health impacts are nearly unbearable.

How do kids experience eco-anxiety?

Eco-anxiety is defined as persistent worry about the future of the warming planet, and how it will change in unpredictable ways. This kind of stress isn’t limited to kids—anyone who’s turned on the news can see just how disasters are escalating. But there’s a difference between slowly realizing that one day Miami may sink underwater and some species may go extinct, and having been born into the world knowing these realities.

Take the story of 17-year-old climate activist Genesis Whitlock. She learned about global warming in primary school, and saw it in action just a few years later when her home in the Caribbean was struck by Hurricane Irma. Entire towns and communities were completely destroyed, leaving thousands of people displaced and half of Barbuda’s population homeless. The destruction spurred Whitlock to stand up for her small island nation. “We have to acknowledge that we are extremely vulnerable to the climate crisis,” she says. “Mitigating climate change and advocating for climate justice must be our first priority.”

This sentiment extends all around the globe—from countries that are major emitters to those that will suffer the worst climate change has in store. And whether kids learn about what’s happening in their science classrooms or out in the world, they will be moved by it, Hickman says, in part because they have a clear sense of justice

Just think about it like this—if you give two kids a piece of cake each and one is significantly larger than the other, you’ll never hear the end of it. It just simply isn’t fair.

Climate change is a giant, glaring example of injustice against millions of people, especially the poor, sick, vulnerable, and newer generations. Even more frustratingly, governments and corporations have known about this problem for decades, and the answer to the dilemma is pretty cut and dry—lower greenhouse gas emissions. But what it really seems like to today’s youth is that adults really don’t care about them or their futures, and people in power have given them plenty of reason to believe so.

So why haven’t adults done enough about climate change? There’s a simple psychological explanation for that, too, Hickman says. “We haven’t got this [wisdom] around the climate crisis because we haven’t faced anything that will create extinction of humanity,” she explains. So, there’s no mental roadmap to fall back on like with past global crises.

In a nutshell, grown-ups have pushed off their climate anxiety onto younger generations because it’s simply too much to handle. Many fall into two camps of avoidance, Hickman says: naive hope that someone out there is gonna invent the perfect solution just in the nick of time, or extreme pessimism the future is doomed no matter what. Choosing either option allows adults to feel fine with their inaction even as the planet burns around them.

“What children and young people are telling me is that they feel betrayed,” Hickman says. “They feel abandoned by adults. They are confused by adults, who are basically lying to them.”

[Related: We can avoid the worst effects of climate change, but we’re still in for a fight]

So on top of the anxiety of a changing planet, kids are facing the pain of disillusionment. As adults push climate change to the backburner of their lists of worries, the younger generations have to take up the helm because they know, more than anybody else, that unless climate change gets fixed, nothing else will matter.

What can adults do to support?

Many young people have made it extremely clear that without fixing this problem, nothing else really matters—and that stance is backed up by cold, hard science. And a good way for grown-ups to contribute is by finally taking on the burden of solving the crisis.

“Adults focus too much on the past and blaming others on the issues that we are facing today,” says Joseph Wilkanowski, an 18-year-old activist from New York City. “We need to focus on what we can all do to start reversing some of the damage.”

Of course, it’s impossible to make change without the help of technology, industries, and politicians. But taking responsibility for our part in the crisis is more than just important for the young people in our lives—it helps us to actually get started on the work we need to do. “We need to accept what we’ve gotten wrong first,” Hickman says. “And we have to grieve.”

In the same way that we need natural biodiversity to survive, we need emotional biodiversity, Hickman adds. To really do good, you must allow yourself to feel everything that today’s youth has been holding on to: anxiety, grief, guilt, shame, sadness, despair, rage, hopelessness, and hopefulness. By dealing with those negative feelings head-on, you can actually set an example for kids on how to handle stress—and open up real discussions about what they need from you as they contend with climate change.

“There should be more conversations at the dinner table, more news headlines, more opportunities to address the fact that we are soon approaching a point where we can no longer reverse the damage we have caused to the planet,” Whitlock says. “Adults should mobilize behind us to hold governments and corporations contributing to the climate crisis accountable and integrate climate justice in their everyday lives.”

So, if you care about the mental health of kids in your life, now is the time to act on climate change. Plant a carbon-sequestration garden, take public transit to work, hold businesses accountable for their actions, vote, change your diet, reduce your own consumption, and most importantly, listen and learn.