It makes us a little nuts 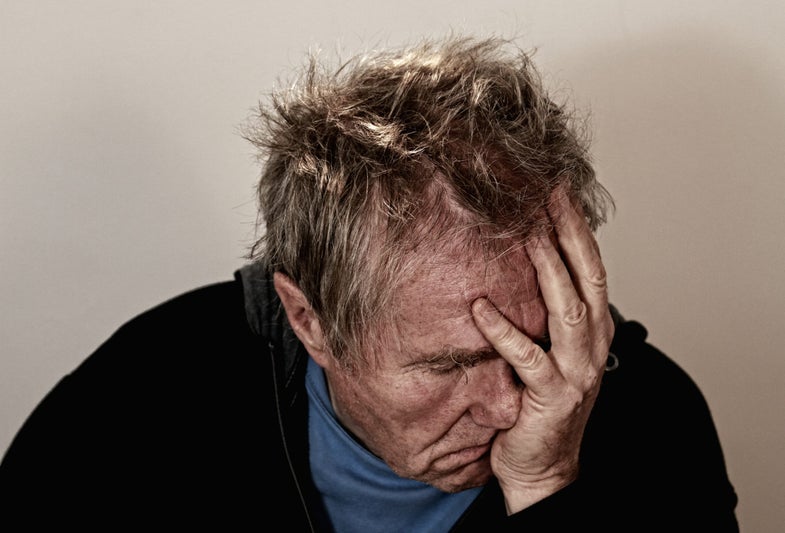 Climate change isn’t just bad for the planet and for our bodies. According to a new report by the American Psychological Association, Climate for Health, and ecoAmerica, climate change is bad for our mental health too.

The report isn’t the first to tackle climate change from a health perspective. Earlier this year The Medical Society Consortium on Climate and Health issued a report detailing the many ways climate change can negatively impact human health and wellbeing. What makes this new report unique is its narrow focus on mental health.

The report breaks up the mental health impacts into two broad buckets: acute impacts such as those from discrete climate related shocks (like fires, floods, and storms) and chronic impacts, or the more gradual ways that climate change can impact our wellbeing.

It’s important, say the report’s authors, that we recognize that up to forty percent of people who live through a disaster experience some kind of psychopathology. This includes anxiety, depression, mood disorders, and PTSD. According to the report, one in six people who lived in areas affected by Hurricane Katrina met the criteria for PTSD. Similarly, suicide and suicidal ideation more than doubled in those regions, and 49 percent of people developed an anxiety or mood disorder like depression.

The issue isn’t just the disaster itself—most of us can cope with a single source of stress. But in disaster situations, stressors multiply rapidly. You may have lost not just your home, but your job, and perhaps even the broader community that you ordinarily relied on for support. And under climate change scenarios, it could mean that you’re extirpated from your home permanently.

“One of the things that we know is associated with climate change is it’s impacts on places,” says Susan Clayton, a professor of Psychology at The College of Wooster. “Physical places are important to people—especially homes. Having to move will have an emotional impact.”

Chronic effects are harder to envision, but no less dangerous. As the climate continues to change, for example, many locations will be warmer for longer portions of the year—anyone who has experienced this unusually warm winter knows this firsthand. But if the weather gets too sticky, we tend to retreat indoors, making it harder (even in this digital age) to build and maintain much needed social networks. Similarly, as temperatures soar, studies suggest our tempers do as well, which can further threaten community cohesiveness.

“Uncomfortable levels of heat makes it hard to restrain our own violent impulses,” says Clayton, “leading to increased suicide and suicide attempts as well as crime.”

Clayton also touched on a less commonly-discussed phenomenon: solastalgia, or the distress caused by environmental change impacting people where they live. Joni Mitchell’s song “Big Yellow Taxi”, which talks about all the trees being locked up in a tree museum, could be seen as an example of solastalgia. It’s a feeling that doesn’t extend just to to treehuggers and hippies. Anyone—from farmers, to lineman, to outdoor enthusiasts—who has cultivated a relationship with the natural world can suffer from a palpable sense of loss as it’s altered.

The report doesn’t just lay out the problem—it also takes suggests a solution: increasing community resilience in ways that tackle the issues of climate change head on, including disaster preparedness. The biggest take away, however, is that for one reason or another, climate change is an increasing source of mental stress.

“We’re beginning to understand is that climate change may be a factor that was not previously appreciated in the past, but it certainly is a factor [in mental wellbeing] that we have to be concerned about going forward,” says Howard Kurtzman, the American Psychological Association’s acting executive director for science.