There's more than just cow burps to worry about. 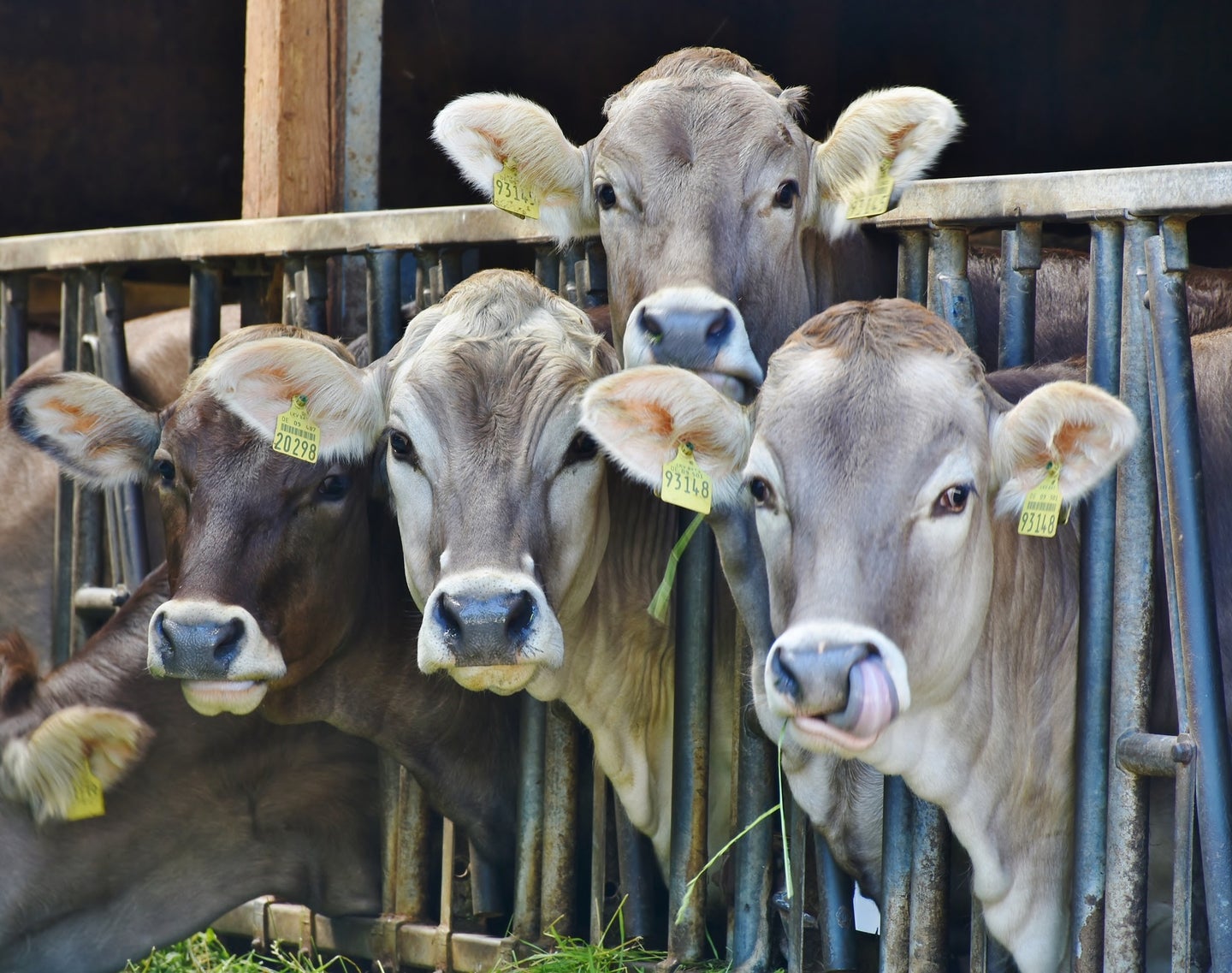 Feeding the world is a necessity, but the process doesn’t come without health risks—even in the form of air pollution. Fossil fuel combustion in cars and factories is a notorious cause of air pollution, specifically inhalable microscopic particulate matter called PM 2.5. Still, food production produces about 20 percent of the pollutant each year in the US.

A new study led by researchers at the University of Minnesota shows that PM2.5 air pollution from food production, the majority of which is created in animal-based food production, results in 15,900 deaths each year in the United States.

“Air quality is the largest environmental health risk in the US and worldwide,” says Jason Hill, a professor of bioproducts and biosystems engineering at the University of Minnesota and study author, “and about a fifth of all anthropogenic deaths from air pollution are attributable to the food system and agriculture.” While “no death certificate says someone died from air pollution,” Hill says, particulate matter pollution is a major health risk, linked to cardiovascular problems, respiratory problems, and death.

There two ways that PM2.5 makes it into our atmosphere, Hill says. The primary source of the particles comes from combustion and dust, but there is also secondary PM2.5 that is formed when pollutants react with each other in the atmosphere. “Agriculture is a large emitter of ammonia, which is a large contributor to secondary [PM 2.5].” Much of this ammonia comes from manure.

In the study, lead author and University of Minnesota graduate student Nina Domingo and colleagues used data from the Environmental Protection Agency and the U.S. Department of Agriculture to model the impacts of food production-related air pollution on deaths. Eighty percent of food-related air pollution deaths could be linked to animal products, with beef and pork being the worst offenders. The model shows red meat is responsible for 7,300 pollution-related deaths in the US each year. If you factor in the corn feed that is grown specifically for these animals, the estimated human death toll rises.

These deaths aren’t spread out over the entire country but rather concentrated in major hubs with substantial food production, including California, North Carolina, Indiana, and Illinois.

The researchers also used the model to run different scenarios to see how much the number of deaths would decrease in a country that started eating less red meat. They looked at interventions both consumers and producers could take to reduce air pollution, Domingo says. In a scenario where consumers substitute poultry for red meat, deaths would be reduced by 40 percent. Consumers who adopt a vegetarian or vegan diet could make an enormous difference—reducing food-related air pollution deaths by 76 and 83 percent, respectively. On the producer side, improving manure management, meaning dealing with the vast amount of ammonia in the animal waste, would reduce mortality by 20 percent.

Shifting from animal-based food to plant-based food means less air pollution for two reasons: slashing ammonia emissions from manure and pollution from all the crops we need to feed livestock, Domingo says.

These findings have obvious industrial implications. However, a spokesperson from the American Farm Bureau Federation says that they look forward to reviewing the study in detail, but on the first look, “it seems filled with data gaps and giant leaps to stretch the definition of cause and effect.”

Hill and Domingo recognize that there will not be “100 percent” adoption of any of these measures. But, there are important steps that both we as consumers can make at the grocery store and producers can make on their farms that can have profound impacts on air quality that affects everyone.

“It’s encouraging to see that the sorts of changes that we can make for our own health can benefit the health of others,” Hill says, “and the health of future generations via climate change.”