Travel back in time with this historical dumpster dive. 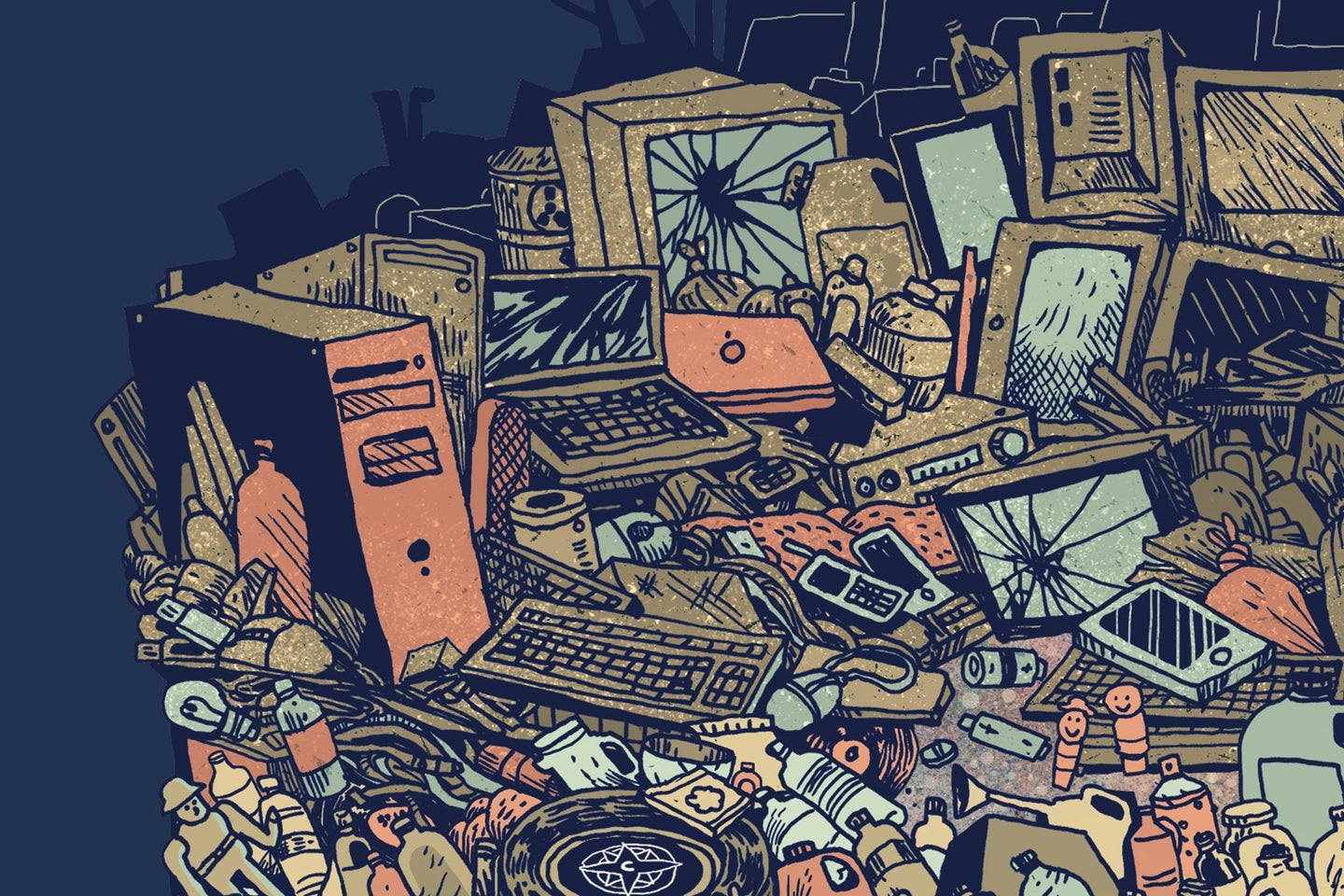 Humanity’s legacy lies in our garbage. Trash offers archaeologists insight into the day-to-day lifestyles of people long past. Even today, we’re leaving future excavators plenty of specimens to ponder: Most Americans produce around 4.5 pounds of waste each day. This time-​­traveling ­dumpster dive shows some of the most revealing junk we’ve accumulated over the past couple of millennia—and the things we’re tossing now that will exist long after we’re gone.

We toss more than 40 million tons of cracked phone carcasses and other e-waste each year. Much is shipped to developing countries, where workers strip precious bits—​like rare-earth ­metals—​and chuck the rest. This “recycling” will leave mountains of petrified plastic, toxic ­chemicals, and metal scraps.

Plastics popularized during World War II began to take over our lives when soldiers came home. The first Tupperware hit the market in 1946, followed by staples like Lego bricks and grocery bags. We’ve used and discarded more than 8 billion metric tons of plastic since.

The Industrial ­Revolution, which began around 1760, sparked an increase in consumerism. Rubbish from Victorian manors in East Anglia is packed with ­single-​use glass bottles and metal containers as a result. The litter also includes the disembodied heads of ­popular porcelain dolls.

On Colonial farmsteads, people literally pitched their refuse out windows. Archaeologists discovered one 18th-​­century property strewn with broken bottles, snapped pipes, and cracked earthenware. The waste hints at frugality: Everything they tossed was ­irreparably broken.

Byzantine landfills like the one in Elusa (in what is now the ­Negev desert) served as the final resting place for ashes, shells, ceramic shards, olive pits, and wine jars. Carbon dating of the trash links the town’s sudden collapse to the same time period as a mini Ice Age brought on by nearby volcanic eruptions.

An arid desert dumpsite outside the city of Oxyrhynchus preserved 500,000 papyrus fragments—​­receipts, tax forms, horoscopes, and forgotten works of Sappho and Sophocles—that illuminate what residents owned, who they married, and which sexy novels they read most.