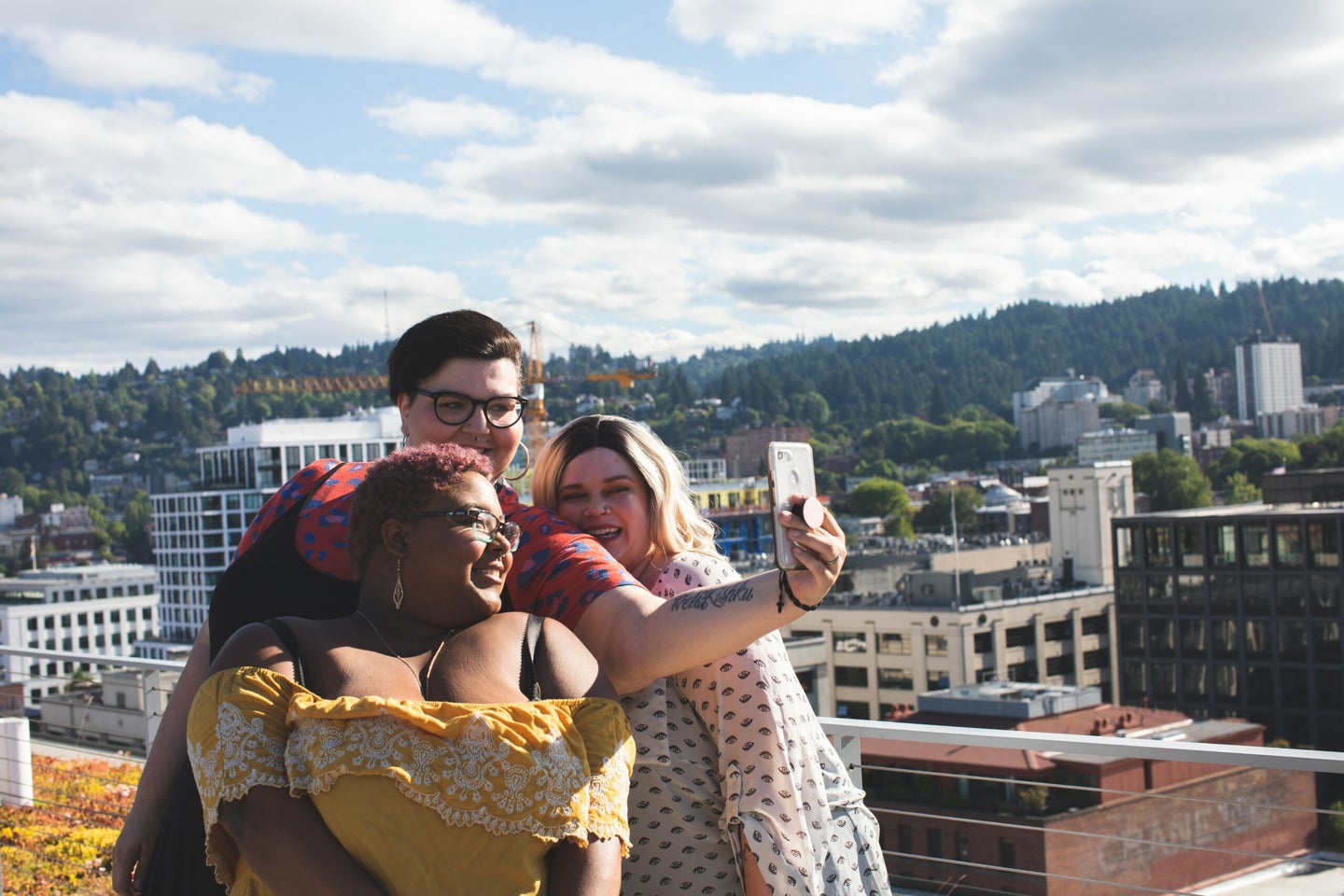 Roughly 70 percent of American adults are considered overweight or obese by BMI standards, yet a 2016 Gallup poll found only 37 percent actually realize it. Stats like these have inspired many pundits and armchair physicians (and more than a few actual physicians) to suggest we should, as a society, make fat people more aware of their fatness. The problem, this argument goes, is that we’re making it too easy for overweight people to ignore an obvious risk to their health. If only they just realized how big they were and were pressured to do something about it, this whole obesity problem would be solved.

Except, of course, it wouldn’t be.

Let’s first set aside the assumption that losing weight is the end-all-be-all solution for getting healthy (it isn’t). And let’s also set aside the fact that BMI, which is used to determine whether a person is “normal,” overweight, or obese, is an outdated and deeply flawed metric. Let’s assume that we could somehow figure out only those people who really would see a significant health benefit if they lost some weight, and that we found it morally acceptable to enact a public health policy that mandated bullying them into better behavior. There’s still a problem with fat-shaming: it doesn’t work. Though most of us have been blissfully unaware of it, for the past five decades physicians and psychologists have been studying so-called weight stigma and its impacts—and their evidence does not support would-be bullies.

A 2017 meta-analysis of 33 studies on weight stigma found that people experiencing consistent shaming were more likely to have depression, anxiety, eating disturbances and disorders, high cortisol (stress hormone) levels, and other biomarkers of high stress. They had low self-esteem. They were more likely to binge eat. And the greater the stigma they felt, the worse their health status. All of this meant that, even after controlling for BMI, people who experienced more weight stigma were less healthy and more likely to still be obese at a four-year follow-up.

A review article from 2010 points out that weight stigma in kids is associated with being less physically active and having negative attitudes about sports. Similarly, adults who experience it are more likely to avoid exercise, have lower energy expenditures, lose less weight, and have higher calorie intakes. All of this is after researchers controlled for BMI, meaning it’s not simply that people who weigh more are more likely to hate working out: if you take two folks with the same BMI and subject one of them to pressure and bullying while the other is made to feel that their weight is not shameful, the latter is more likely to eat well and enjoy hitting the gym.

Another review summed it up even better: “The literature suggests being a target of weight stigma is detrimental to all aspects of health.”

Part of the reason this shaming is so harmful is that people internalize it. A 2015 study of more than 1,100 overweight medical students found that 70 percent of them associated higher weight with negative words, and that the more participants disliked fat people, the greater their own anxiety and depressive symptoms. In other words, weight stigma isn’t always the result of someone looking you in the eye and telling you that your weight is a problem; growing up in a world full of jokes and derogatory comments about fatness still leaves you liable to look at your own body unkindly.

All that internalized shame begets a vicious cycle in which the stress caused by hating the fact that you’re overweight makes you more likely to stay that way, or even to gain more. That 2017 review noted that “teasing and stigmatizing others because of their weight does not motivate them to lose weight. Instead, the effect from the teasing or stigmatizing contributes to many adverse health consequences, including future weight gain.”

Despite all this evidence, some people still cling to the idea that the solution to the obesity epidemic needs to involve making folks more aware of how fat they are. One bioethicist even made waves by publishing a short treatise on the merits of fat-shaming in The Hastings Center Report back in 2012. But as two psychologists wrote in a response to that article at the time, “people already want to avoid being obese more than they want practically any other thing.” They note that surveys show nearly all gastric bypass patients say they’d rather be deaf or blind—or even lose a leg—than gain back the weight they’d lost. They said they’d give up being a multimillionaire if only they could be a “normal weight.”

So why, if there’s all this fat-shaming going on, do people not seem to realize they’re overweight? Besides that Gallup poll, plenty of other studies that consistently show overweight people underestimating their own mass. But what many fail to realize, as a 2017 review article notes, is that “because of the stigma attached to being ‘overweight,’ accurate personal identification of ‘overweight’ or ‘obesity’ may actually be to the detriment of an individual’s psychological well‐being.” Because of all the stress society puts on people not to be overweight or obese, having an inaccurate sense of your place on that scale might actually keep you healthier by relieving some of that pressure. That same 2017 review points out that adults who identify as overweight actually gain more weight than those who fail to recognize their status, and the same is true for teens and young adults.

BMI is not a magic indicator of health or fitness, and while having excess body fat can contribute to numerous health problems, a person can absolutely maintain a healthy lifestyle while technically being overweight. For those who do want to shed some pounds, the science is clear: the best way to change your body is to make changes small enough that you know you can keep them up. That means subtle changes in nutrition are more likely to enable lasting weight loss than fad diets that remove entire food groups are. And when it comes to physical activity, any increase is good for your health. But don’t feel like weight loss should be your primary goal: people of all sizes can benefit from getting more active and eating more carefully.