The truth about reading body language 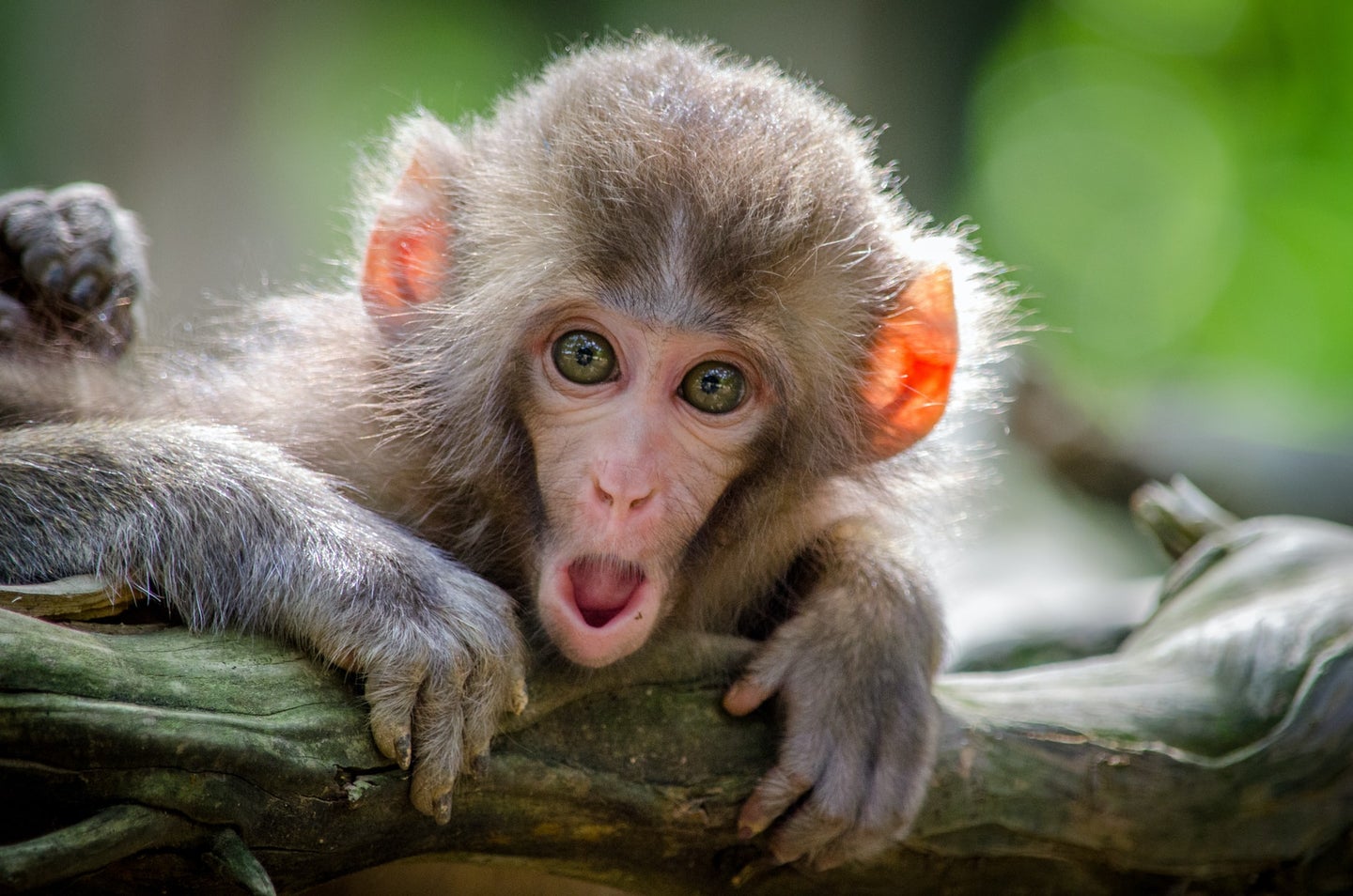 The science behind behavioral analysis came from early evolutionary studies on animals. But is it oversold on humans?. Jamie Haughton/Unsplash
SHARE

Ramin Skibba is an astrophysicist turned science writer and freelance journalist who is based in San Diego. This story originally featured on Undark.

Last week, tens of millions of people tuned into the first debate between President Donald J. Trump and former Vice President Joe Biden. Similar viewership is expected for the next two contests—assuming they go ahead following Trump’s COVID-19 diagnosis last week—as well as for Wednesday’s vice presidential debate in Salt Lake City. Along with listening to the candidates’ words, many viewers of the closely watched political spectacles will also pay attention to the debaters’ demeanor, posture, tics, and gestures.

Body language can exude confidence or awkwardness, charisma or anxiety. In recent years, it has also become the subject of a small cottage industry premised on the idea that nonverbal cues can reveal important truths about people in high-stakes situations. News outlets like The Washington Post and Politico interview consultants and bring them on as columnists to analyze speakers’ body language after debates and diplomatic meetings between world leaders. On YouTube, self-appointed experts claiming to read public figures’ expressions sometimes garner millions of views.

Some of this analysis explores how body language can influence audiences. Other times, pundits try to explain what public figures are thinking or feeling based on subtle cues. After Trump and Biden’s first debate, for example, one analyst told The Independent, a British newspaper, that when Biden looked down at his lectern as Trump spoke, it “could be interpreted as submission to the attack” or a sign of self-control.

This work has a more consequential side: Many police departments and federal agencies use body language analysis as a forensics technique, claiming that these tools can help assess people’s intentions or truthfulness. Body language consultants, an Intercept investigation reported in August, have trained federal and local “law enforcement across the country.”

Psychologists and other researchers agree that body language can convey certain emotional states. But many bold claims haven’t been backed by scientific evidence. For instance, claims that a single gesture reliably indicates what a person thinks or desires—that maintaining eye contact for too long means a person is lying, that a smile without crinkles around the eyes isn’t a genuine one, or that a pointed finger with a closed hand is a display of dominance.

“Nonverbal communication in politics is extremely important because it creates impressions among the public, and this can influence whether people trust a politician,” says Vincent Denault, a communication researcher at the University of Montreal.

But when it comes to pundits commenting about body language in the media, “what you see is often more entertainment than science,” he says. “It can contribute to misinformation.”

Modern research on body language—often called nonverbal behavior—began in the 1960s and ’70s with studies that aimed to demonstrate the universality of facial expressions of emotion. That work was inspired, in part, by Charles Darwin’s neglected study from a century earlier, “The Expression of Emotions in Man and Animals,” according to David Matsumoto, a San Francisco State University psychologist and director of Humintell, a company that provides body language trainings and does research for companies and government agencies.

Since then, researchers have examined how parts of the brain seemingly react to particular facial expressions, and how infants begin to imitate facial and hand gestures. But scientists have also mapped the complexities and subtleties of body language, which can sometimes be challenging to decipher despite its ubiquity.

For researchers like Denault, the scope of nonverbal communication has expanded to include anything beyond a person’s spoken words. A speaker might make an impression by shrugging their shoulders, scratching their nose, tapping their foot, rolling their eyes, or wiping sweat off their face, as Richard Nixon famously did in one of his 1960 presidential election debates against John F. Kennedy. A person’s clothes, their Zoom background, and their tone, pauses, and “uhs” and “ums” while speaking all count as nonverbal cues that can shape a viewer’s perceptions.

While many experts caution that body language is complex and context-dependent, for years a small class of consultants and specialists have been applying body language research in myriad scenarios, including career coaching, work presentations, and airport screenings.

“I help people influence and persuade others around how trustworthy and credible their message is by helping them with their specific nonverbal communication,” says Mark Bowden, a body language consultant and author of the book Winning Body Language, a guide for corporate and political clients. He focuses on where a person faces their body and how much space they take up, as well as their gestures.

Some analysts also claim to be able to use those signals to interpret hidden motivations and emotions. For example, some news stories feature analysts explaining that the positioning of Donald Trump’s hands during speeches indicates that he believes in what he’s saying, or that when people touch their faces it’s a clear sign of nervousness.

But, Denault said, “associating ‘states of mind’ to specific gestures, or concluding that this gesture will have this effect on the public, without any nuance, is dubious.”

Still, analysts like Bowden and Joe Navarro, a former FBI agent and the author of What Every Body is Saying, a book about interpreting nonverbal behavior, have made careers in part out of those kinds of insights.

Navarro, who has analyzed politicians’ body language for Politico and written for CNBC about how to read the body language of someone wearing a protective mask during the COVID-19 pandemic, says that he has a particular method for assessing speakers like the presidential candidates. “I record it and then watch it with the sound off,” he said. “I look for behavior that stands out: these discomfort displays, the furrowing of the forehead and the glabella, the area between the eyes, or the pursing of the lips or the ventilating by pulling their shirt collar.” As an example, he argues that it’s easy to spot Donald Trump’s lip movements when he reacts to a question he apparently doesn’t like.

While the work of Navarro and other analysts can attract large audiences, many experts are unsure whether their methods are as reliable as claimed.

“Our facial expressions convey certain types of emotional states,” Matsumoto says. So do some motions, like a shrug. “But there’s a lot of noise, too,” he says. “People do all kinds of things with their bodies.” For example, a person’s raised eyebrow could be express disbelief—but it might also signal discomfort or surprise. The same hand gesture could mean different things in different cultures.

Denault and Matsumoto are both skeptical of those making strong conclusions based on body language observations. Because of all the ambiguities, even perceptive observers can’t infer a person’s thoughts or intentions based on their nonverbal behavior alone, Denault argues.

Dawn Sweet, a University of Idaho communication researcher, agrees. “There’s not likely to be a single behavior diagnostic ever to be found” for someone lying or acting aggressively, she says.

Sweet and her fellow researchers often look at a person’s body language and spoken words together, since they’re usually communicating the same things. The researchers also examine the context of a person’s behavior and learn more about the speaker, since it matters if the behavior is typical for them or a deviation.

Sweet cites an earlier analysis of dozens of studies involving more than 1,300 estimates of 158 possible signs of deception. These studies focused on body language cues that people sometimes associate with lying, like fidgeting or avoiding eye contact. The studies found that cues like these have either no links or only weak links to lying. No one has a giveaway like Pinocchio and his nose.

For that reason, some researchers, like California State University, Fullerton psychologist Iris Blandón-Gitlin, simply avoid looking at such nonverbal cues altogether. “My research is focused mostly on understanding what people are saying,” she says. In general, she finds that lying takes effort, and liars tend to tell more simplistic stories, with fewer details.

Asked about these kinds of concerns, Navarro defends his methods. “Nonverbals are quicker to observe, and they’re authentic and very accurate,” he says. He points to the role of body language in understanding what a baby is feeling before it’s able to talk, and in whether one feels safe in the presence of potentially threatening behavior. People even pick mates based on nonverbal cues, he says. But he agrees that some kinds of behavior can be more reliably interpreted than others and that nonverbal behavior is not effective for conclusively detecting deception.

Despite these expert reservations, body language analysis has also been used in criminal cases, with police, federal agents, and prosecutors using the techniques to try to determine whether a suspect is telling the truth, or whether someone convicted of a crime feels remorse.

But, like many other kinds of forensic science, body language analysis has been shown to be unreliable. The technique could unjustly sway judges and jurors in trials, says Denault, who describes some of these judgments as pseudoscience. Unsupported claims about body language, he says, may seem to offer simple solutions to the complex challenge of evaluating testimony, but evidence-based research doesn’t really provide easy answers.

That said, if security and justice professionals and other officials focus on vetted findings that have scientific consensus, Denault argues that research on nonverbal behavior could still benefit them, for example, by helping police officers behave in a way that puts suspects at ease and helps build rapport.

Whether assessing the behavior of a politician or a suspect, Sweet cautions that people easily jump to conclusions that merely confirm their preconceptions. A person might look uncomfortable, nervous, or fearful at a given moment, but observers rarely know why. An observer might think they’re noticing a telling gesture that reveals information about what another person is thinking, when they’re really just finding a reason to justify an initial belief that the person is lying or aggressive.

Matsumoto warns people not to trust every media analyst they see or read who invokes body language. “There’s a lot of great information a person can get from nonverbals,” he says. “But you have to be careful.”