The Trump administration’s environmental legacy can be undone. Here’s how.

The secret isn’t just fixing the system, it’s bulletproofing it against future attacks. 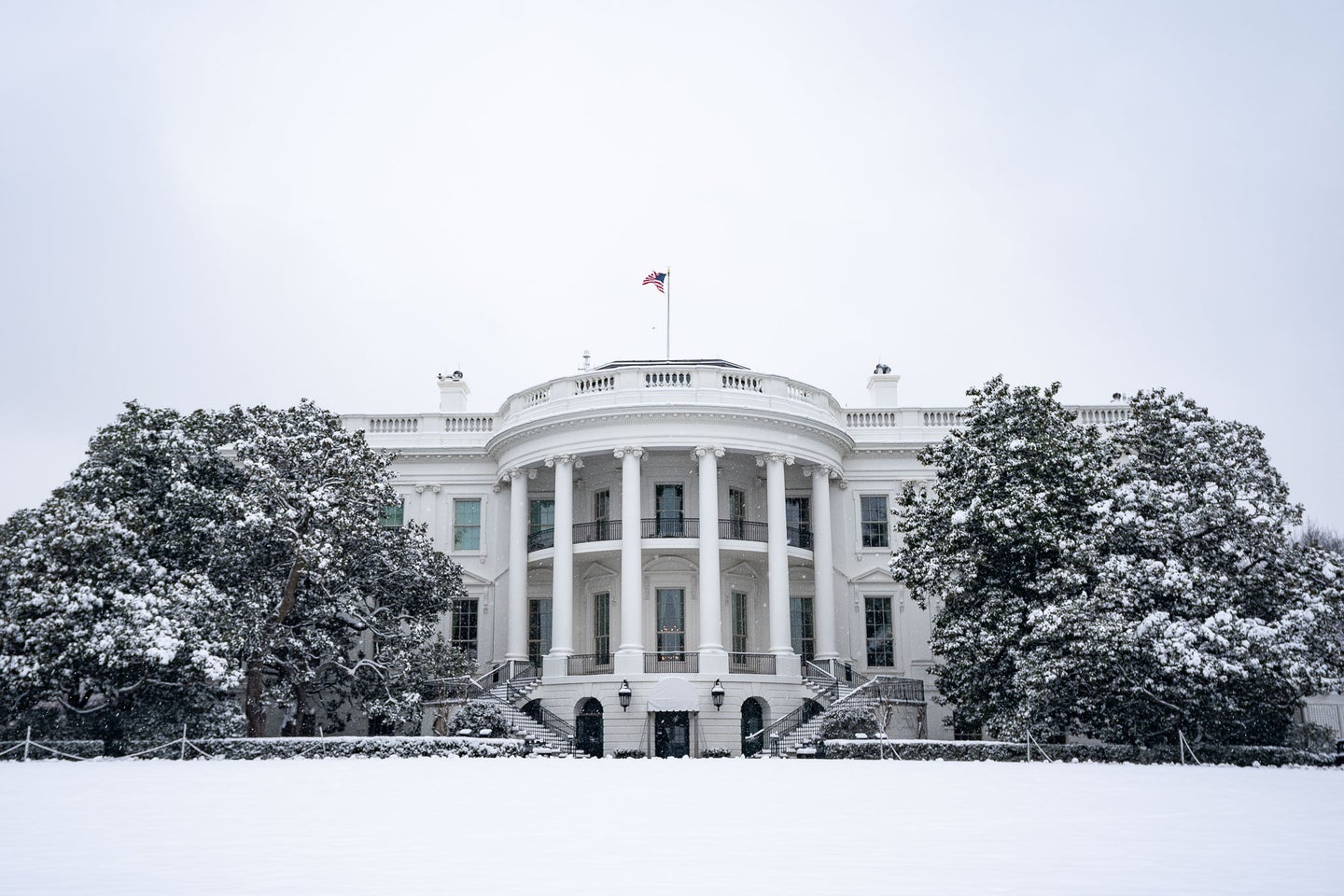 With little more than a month left in its term, the Trump Administration has kept up its streak of implementing policy changes that put water, air, climate stability, public health, and wildlife in danger. Last month, for example, the Bureau of Land Management put out a call for oil- and gas-drilling leases in a long-undisturbed piece of the Arctic National Wildlife Refuge. And earlier in November, the US formally broke from the Paris Agreement, which set urgent carbon-reduction goals for countries big and small.

That leaves the onus on the Biden administration to settle old lawsuits, pass new executive orders, and reinterpret federal decisions to get environmental standards back on course. The to-do list is long, but legal experts and conservationists are hopeful it can all get done. “There’s a consistent trend in shortcuts from the Trump administration, which means these rules have been done terribly,” says D.J. Gerken, program director of the Southern Environmental Law Center (SELC). “The challenge is, there’s just so much; they went after every environmental rule at every angle. Thoroughly unwinding the damage will take time.” Others point out that the next four years should be an opportunity to shape stronger, science-based policies that safeguard the planet, no matter who’s in office. “We can’t be catering to any politician’s agenda or doing incremental changes,” says Osprey Orielle Lake, executive director of the Women’s Earth and Climate Action Network. “We need systemic change.”

Here are four important environmental laws that the Trump administration tried to dismantle, and how they can be revamped for 2021 and beyond.

Passed by a near-unanimous vote 50 years ago, NEPA may be one of the most powerful laws in American history. It ensures that every department of the government weighs environmental impacts in its decision making, both in the US and overseas. This also makes it a giant burden for industries—and the Trump administration seemed to agree. In January of this year, the White House finalized an exemption that allows agencies to classify a broad stroke of activities as “negligible” to nature. That in turn, allows developers and other stakeholders to avoid the typical scientific reviews that NEPA demands, says D.J. Gerken, program director of the Southern Environmental Law Center (SELC).

At the time, the Department of Justice sidestepped a court injunction that would have stalled the rule change. It argued that it was up to the agencies to decide if they wanted to rewrite their NEPA guidelines. That finally happened last month, when the US Department of Agriculture announced it would exempt all timber sales in national forests spanning 2,800 acres or less from environmental review. “That would have covered every logging project in the Southeast over the past 30 years,” Gerken says.

Still, the rule change should be easy to reverse, in part because it’s illegal. The Biden administration can argue that categorical exclusions don’t account for long-term effects of projects, which is a must under Congress’s chosen definition of NEPA, Gerken explains. They will also need to address the Trump administration’s directive to cut climate change out of the environmental-review process. Fixing the act might require a few steps, but the work is high priority, Gerken says. “If NEPA is broken, nothing else works.”

The Clean Water Rule of 2015 helped expand the historic Clean Water Act by specifying which natural features fall under federal protection. In theory, it covers 20 million acres of wetlands and other small water bodies that aren’t considered “navigable,” but do provide important habitat and drinking sources. That scope, however, has been contested since almost day one. Several states sued the federal government to avoid applying the more detailed rule, and in the end, the Environmental Protection Agency (EPA) repealed it.

Then the Supreme Court of the US weighed in … sort of. In April of this year, the justices ruled 6 to 3 to apply the Clean Water Act to a case of groundwater pollution in Maui, Hawaii. The water source in question wasn’t technically navigable, but it did eventually connect to the ocean. This leaves the door open for a broader definition of protected features—an argument that the SELC and other environmental groups hope the Biden Administration will take up. “The Clean Water Rule has to get fixed,” Gerken says. It’s already starting to impact places like Georgia, where a 12,000-acre titanium mine near a federally protected swamp is barrelling forward.

In the end, the onus of repairing and enforcing the Clean Water Rule will fall to the EPA, Gerken says. “Rules to protect water get enforced unevenly, and that’s a major issue for environmental justice,” he explains. “Restaffing the agency and its regional offices with stronger leaders and scientists who will stand up for communities should make a big difference out of the gate. You don’t need rule changes for that.”

Fuel-economy standards for trucks and cars were set long before the connection between carbon and climate change became obvious. So, in 2010, the Obama administration cut a deal with the auto industry to update nation-wide targets to 54.5 miles per gallon for all new passenger vehicles by 2025. Most carmakers were on pace to hit that threshold, says Deborah Sivas, an environmental law professor at Stanford University, but the Trump administration’s new target—40 miles per gallon by 2026—might stimie that progress, since car companies now don’t have to meet such a stringent goal. “The industry needs about a five-year lead time to design and prep the assembly lines,” she explains. “The extent to which these things yo-yo between administrations means there’s no business certainty for them.”

To lock in targets, states like California have hammered out their own fuel-economy standards with automakers. The Trump administration tried to overwrite those state-specific deals, but the decision is currently held up with a lawsuit, which the Biden administration could easily settle in court. As for the national guidelines, Sivas envisions “a new drawing of standards and negotiating of margins to get back on track,” as well as a bump in electric vehicle production. With transportation belching out 28 percent of US carbon emissions, fuel economy will have to be a big part of the new administration’s climate plan. “The government needs to create a regulatory market through policies and subsidies,” Sivas says. “In the end, that’s what’s going to move the ball for industry—just like how these car companies got on board in California.”

A year into office, President Trump used the 1906 Antiquities Act to downsize Bears Ears and Grand Staircase-Escalante national monuments in Utah by millions of acres. While many past commanders in chief have used the law to found and expand public lands, only a handful have used it to shrink existing tracts—and under very different circumstances. (Woodrow Wilson, for instance, redrew the boundaries of Mount Olympus National Park during WWI so that the army could harvest timber for fighter planes.)

The Trump administration’s move aligns more with mining and drilling interests. But policy experts argue that it’s illegal anyway. The Antiquities Act states that the president can “declare” and “protect” areas as national monuments, not the other way around. “If Congress wanted monument making to be a two-way valve, they would have said so,” says John Ruple, a professor in land, resources, and environment law at the University of Utah, who’s loosely involved with lawsuits against the Bear’s Ears and Grand Staircase-Escalante resizing. “Silence is golden.”

Once he takes office, Joe Biden can easily issue a new executive order to restore the monuments—and make them even bigger. “I don’t think anyone would challenge that,” Ruple says. None of the stripped-off acres have been developed, which means there’s still time to preserve them for research, recreation, and cultural use, just as the Antiquities Act intended.

Correction: The story previously stated that Woodrow Wilson tinkered with the boundaries of a national park during WWII. It should be WWI.