The most striking images of Hurricane Irma

Aftermath of a powerful storm. 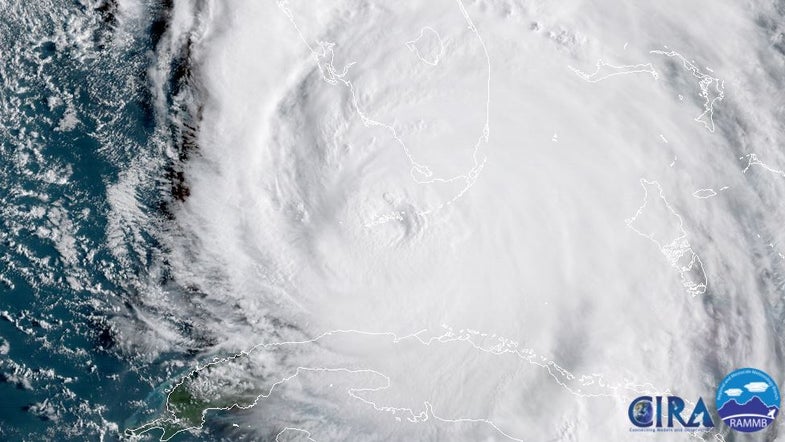 At over 420 miles wide, Hurricane Irma was one of the most powerful storms ever recorded in the Atlantic Ocean. As it churned its way from the Antilles to the continental United States—while maintaining imposing force throughout—Irma left behind a trail of destruction. It grew to a scale-topping Category 5 storm on Tuesday, September 5th—making it the second major hurricane to threaten land in the past two weeks—and brought catastrophic damage to Barbuda, the Antilles, Puerto Rico, and Cuba before pummeling the continental United States.

It will be days before we can take account of the full scope of Irma’s wrath, but glimpses from social media give us some idea. Here are a few of the most striking images of Hurricane Irma being shared across the web.

A drive through the streets of Barbuda. The damage is truly horrendous pic.twitter.com/WuBBEcQce7

On the ground the destruction is worse the than the Prime Minister feared. The whole island will have to be rebuilt pic.twitter.com/W6kkQUPSgf

In the wake of Hurricane Irma, the BBC’s Laura Bickler visited the island of Barbuda to report on the damage.

Now DL302 has to climb out of SJU, and they're doing so between the outer band of #Irma and the core of the storn. Amazing stuff. pic.twitter.com/lOq9Te5DO6

A Delta flight takes off from San Juan ahead of Hurricane Irma.

The streets of downtown Miami as rivers.

Cleanup has started in Miami after #hurricaneirma.

The clean-up of Miami begins.

The morning after on Fisher Island, Florida.

Via Suomi NPP, what the power situation was like overnight in S. Flo (top) vs a Normal night (bottom) pic.twitter.com/dW7aWOApCg

Above: What power outages looked like in South Florida during Hurricane Irma. Bottom: What South Florida looks like on a “normal” evening.