‘Bedlam’ traces the lives of people who cycle through California’s overflowing psych wards. 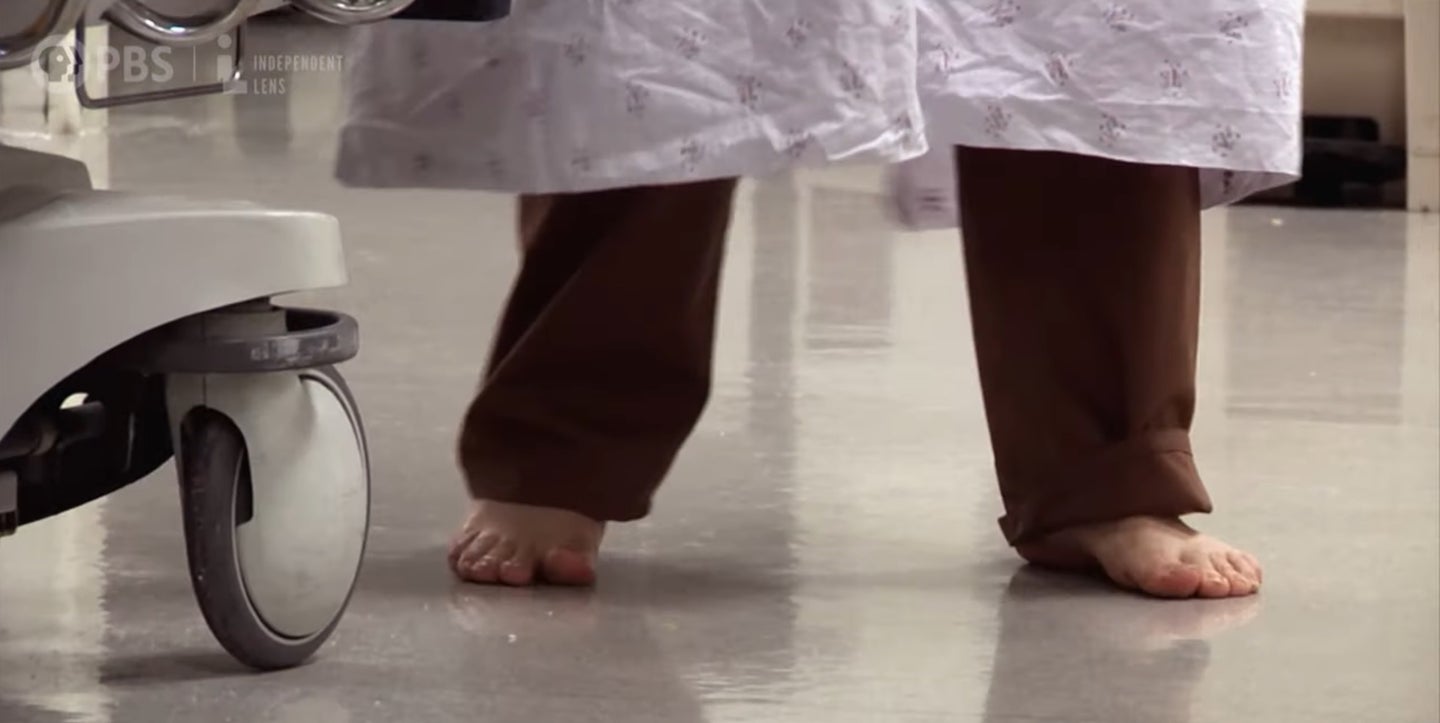 By her count, Johanna has been admitted to the hospital for bipolar disorder 10 times in the past year. In most of those cases, she walked into the ER herself. And in every case, she landed back at her father’s house, feeding butterflies in the backyard, weaning off medications, and starting the process again.

Monte is trapped in a cycle, too. After skipping his medications, he experienced a psychotic break that got him arrested. He went through several more fits in jail, and at one point, was tear gassed by guards in his cell.

Over the course of five years, psychiatrist and filmmaker Kenneth Rosenberg shadowed Johanna, Monte, and a handful of other patients, nurses, and doctors through the morass of Los Angeles’s psych wards. Some look like traditional hospitals, save for the leather restraints and iso chambers. Others are less medically equpped. The resulting documentary, Bedlam: An Intimate Journey Into America’s Mental Health Crisis, premiered at Sundance last year. It airs publicly for the first time tonight on PBS.

Bedlam focuses on the buckling US health care system and how it fails to treat individuals with extreme psychiatric complications. Named after England’s notorious asylum, the film outlines a history of medical misfires, starting with lobotomies in the early 1900s, underfunded community centers in the ’50s and ’60s, and the lapse to prisons through the ’80s and ’90s. “The biggest jails in America are the biggest psychiatric facilities,” Rosenberg says midway through the documentary. In California, one in four incarcerated people have some type of mental illness.

Rosenberg’s work on Bedlam is motivated by personal experience: His sister Merle was diagnosed with schizophrenia and depression in her early 20s. His parents hid her condition and refused to admit her to psychiatric care, even after she jumped through a window and broke multiple bones. Ultimately, she passed away in their home at an early age, causing Rosenberg to regret his own decisions in handling her care. “I just wish there were a happier ending to her life,” he says in a raw moment.

Shame, as Bedlam shows over and over again, is what keeps patients from taking their prescriptions and getting the treatment they need. It’s also what keeps the country from acknowledging their existence in the first place. “People get frustrated. People give up on their own family members. People give up on themselves through suicide,” Colin Dias, a psychiatrist in the LA County health system, says in an interview with the film crew. “So what makes you think society isn’t going to get frustrated and give up?”

In a time when America’s medical facilities are struggling to stay afloat, Bedlam lays out how broken the system really is. When multiple Los Angeles hospitals closed down in the 2010s, patients were left on the street in paper gowns. When Monte was promised help after his next arrest, he spent four months waiting in jail for proper medical care. His hardships pushed his sister Patrisse Cullors to co-found Black Lives Matter, and last year, she and her fellow activists lobbied Los Angeles to reinvest $2 billion from a jail into a new mental health care center. The vote went in their favor, 4 to 1.