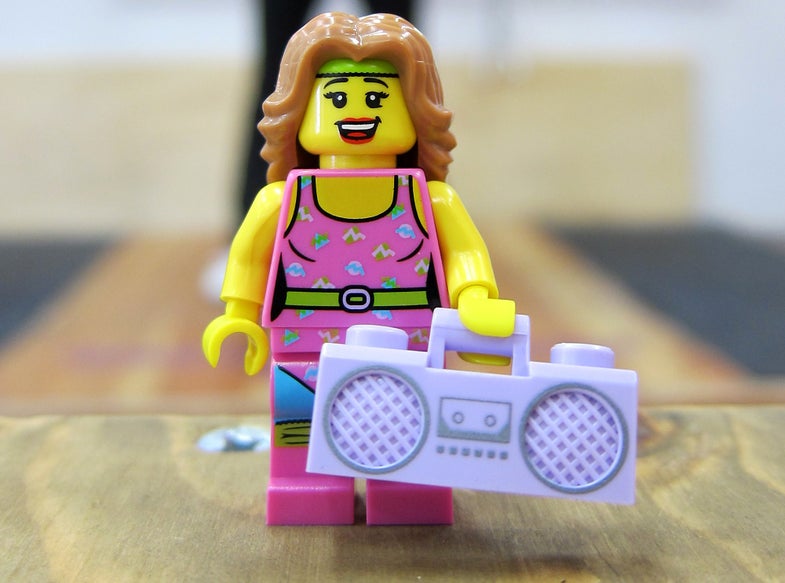 A little stress can be a good thing, but it’s important to keep it under control. These strategies will help you retain your Zen.

Some people are naturally resilient, but it’s also a learned skill. Stress inoculation gradually exposes people to stressful situations so they develop calmer reactions. Elizabeth Stanley, a security studies expert from Georgetown University, uses this training to help soldiers prepare for high-stress missions. And a 2014 study from Islamic Azad University in Iran suggests the technique can help civilians too.

It sounds cliché, but mindful meditation, breathing exercises, and introspective tasks like gardening or running lower stress, says Steve Hickman, a clinical psychologist at the University of California, San Diego. These methods can actually cause physical changes: A 2014 study from the Ohio State College of Medicine suggests that breast cancer survivors who practice yoga have lower levels of stress-related cytokines.

Visit your doctor for advice, and you’ll inevitably hear that you should hit the gym. “Both aerobic and nonaerobic exercise have been shown to reduce stress,” says James Blumenthal, a psychologist at Duke University. It can also help treat some cases of clinical depression. A 2013 study by Princeton University researchers suggests that, at least in mice, exercise blocks stress responses in the hippocampus.

No medication completely blocks stress—we wouldn’t want it to. But treatments exist for severe stress-related dis­orders, including drugs that inhibit brain chemicals in patients with depression and tranquilizers that reduce anxiety. And a clinical trial on choline­sterase inhibitor, a chemical that may make the brain more plastic and thus able to learn better stress responses, is underway at Harvard University.

It’s not a good idea to avoid your problems, but a short break can help manage stress. A 2013 study from the University of Toronto showed that college-age test subjects who purposely shifted their attention away from the pressures of work, school, and family were more adept at coping, compared with those who pretended their stress would simply disappear on its own.

Your posture might influence how you experience stress. Researchers at Columbia University found that people who stood or sat for just two minutes in expansive positions—with arms and legs taking up more room—had lower levels of cortisol and higher levels of testosterone compared to those who held guarded poses. They also felt more powerful.

Fixing Your Posture Can Reduce Stress

A good laugh feels cathartic and that may not be a coincidence. Scientists are still learning how humor may help people cope with stress, but they do know that laughter boosts heart rates, breath rates, and oxygen consumption, and helps you relax. There is also some evidence that laughter may affect stress-related hormones. Researchers from Loma Linda University, for example, have found that elderly test subjects have lower cortisol levels in their saliva after watching humorous videos.

Humor may also be helpful for those in high-stress jobs. A 2013 study of 179 firefighters by psychologists at Indiana University and Purdue University suggested that humor buffers the effects of burnout and post-traumatic stress disorder. The type of humor may matter, too. In 2012, research by Shino Takaoka, a clinical psychologist at Kwansei Gakuin University in Japan, found that self-deprecating humor may be better at alleviating stress in women, while aggressive humor may have a negative impact on mental health in men.

The microbes that live in and on our body—collectively called the microbiome—seem to play an intriguing role in human health, influencing ailments from chronic skin rashes to diabetes. A growing body of research suggests the microbiome may also affect mood and behavior. Separating a rat from her pups, for example, can lead to changes in intestinal flora as well as anxious behavior, and there is evidence that animals with low levels of gut microbe diversity have an overactive stress response in the brain.

Eventually, such work may lead to microbe-boosting cocktails for stress-related ailments such as depression or irritable bowel syndrome. But John Cryan, a neuroscientist at University College Cork in Ireland who is studying the microbiome, says calming probiotic smoothies aren’t yet on the horizon. “There are so few human studies right now,” he says. “The food companies aren’t paying for them. And the neuroscientists are slow to move into this field.”