Temperatures are slowly subsiding, but the damage has been done. 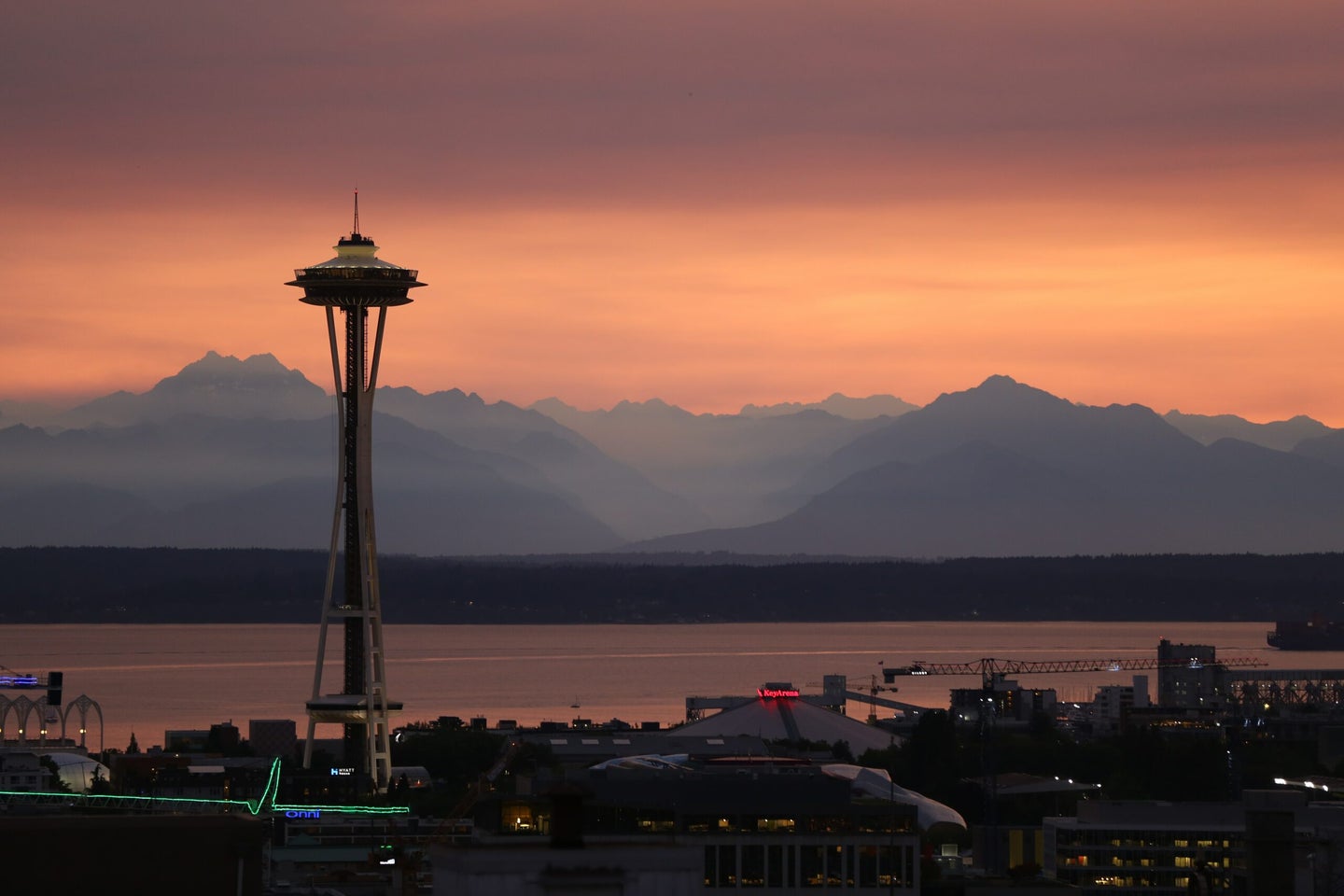 Seattle is one of the cities reaching historically high temperatures. Eric Zhang on Unsplash
SHARE

This post has been updated. It was originally published on June 28, 2021.

The first half of this week has been unprecedentedly hot in the Northwest region of the US and western Canada—this is the most intense heatwave to ever hit the region. After an already scorching and record-breaking weekend, with temperatures as high as 112 degrees Fahrenheit in Portland and 108 in Seattle, thermometers crept even higher Monday and Tuesday, sometimes exceeding 30 degrees above the normal daily temperature. Thankfully, most of the heat had passed by Wednesday, as temperatures settle towards the weekend.

The unbearably high temperatures have led to the suspension of pandemic-related capacity limits across Oregon at swimming pools, movie theaters, shopping malls, cooling centers, and public transit to make sure people have access to air conditioning or other places to find refuge from the heat. In some parts of the country that are being hit, air conditioning in homes isn’t common—in Seattle, only 44 percent of homes are air-conditioned.

On top of a low rate of air-conditioned homes and a significant population of people without housing, the uncharacteristically high overnight lows proved deadly. In Oregon alone, 63 people died due to heatwave-related causes—45 of these were due to hyperthermia, according to Reuters. That’s nearly four times as many deaths in just one week than all hyperthermia deaths in the state between 2017 and 2019. British Columbia reported at least 486 sudden deaths over the five day period, as temperatures surged above 120 degrees Fahrenheit in some regions.

[Related: Earth used to be cooler than we thought, which changes our math on global warming]

“We’ve never had this type of heat for so many days, it’s a public-health emergency,” Dan Douthit, a spokesman for the Portland Bureau of Emergency Management, told the Wall Street Journal. But these types of heat waves could become more common. A study released last month tied more than a third of heat-related deaths to a changing climate.

Agriculture is also bearing the heat head-on. Strawberry farms are drying out and endangered salmon species face increasingly warm and unhealthy waters. Meanwhile, many workers in strawberry fields and cherry farms have been forced to work in dangerous conditions as their employers fret about whether their perishable crops will survive the heat. At least one farmworker has died as a result.

The reason for all the maddening weather can largely be attributed to a heat dome—a high-pressure system that sits on top of a region, capturing extra heat over the area and warming it up faster (think putting a lid on a pot of boiling water). Earlier this month, the Southwestern US saw record-breaking temperatures amped up to extreme levels thanks to this same heat dome that has now moved north.

“It’s the same high-pressure pattern we’ve had parked over the West; it just kind of moves north and south or east and west. It moves and strengthens and weakens,” Andrea Bair, the climate services program manager for the National Weather Service’s western region, told National Geographic.

More heatwaves like this one are likely, thanks to a changing climate that will only grow more troublesome in the years to come—something that worries experts, especially when it comes to typically colder areas of the US. Additionally, low-income communities with less tree cover face even deadlier effects than their wealthier counterparts, even in the same cities.

“Unfortunately we’re not well-prepared, generally speaking in the Pacific Northwest, for heat,” Vivek Shandas, a professor of climate adaptation and urban policy at Portland State University, told CNN. “Our [power] grids are largely taxed during the wintertime for heating purposes, but in the summer, there’s a lot less capacity in the grid to be able to actually manage some of the major drains on cooling infrastructure that’s needed.” Shandas told CNN he didn’t have an AC unit in his home until last week.

The Western half of the US is still facing exceptional droughts on top of exceptionally warm days, which creates a kind of feedback loop, Daniel Swain, a climate scientist at the University of California, Los Angeles, told National Geographic. “You have this further self-reinforcing cycle between heat waves and droughts that are being made worse by climate change on top of the linear warming trend,” he said.

Scorching days in mild-weather climates may be alarming and record-breaking now, but they are only going to get more common as time goes on.