We have no idea how dangerous football really is

Is there a scientific case for banning the sport? 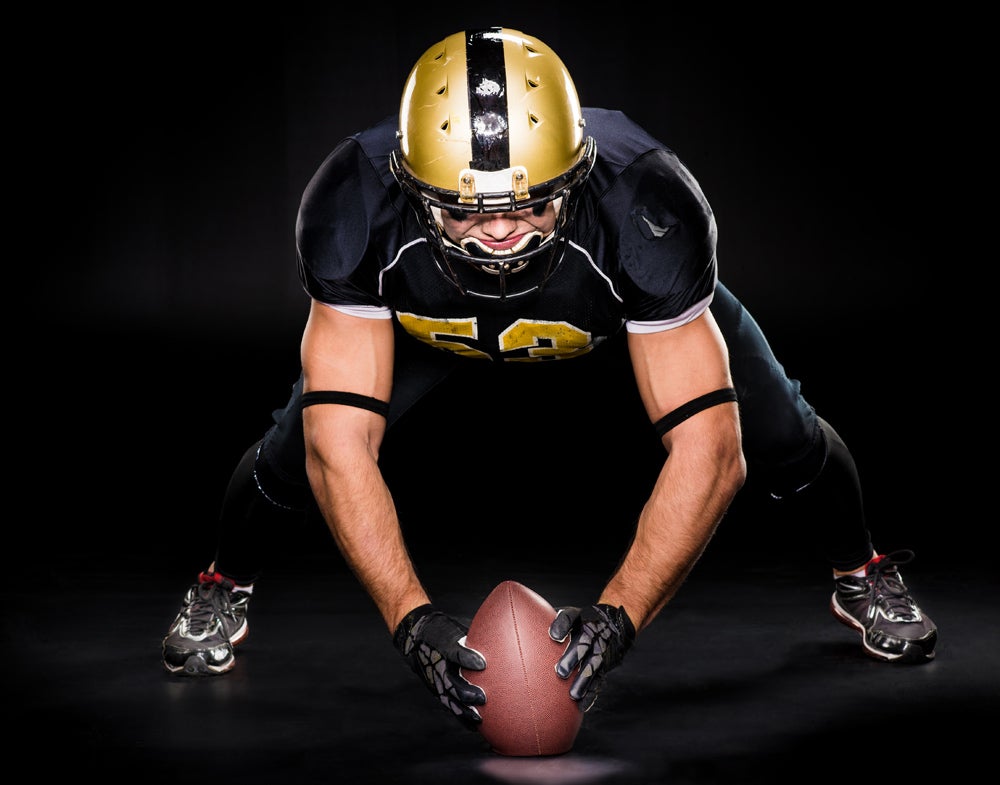 The Super Bowl kicks off this Sunday, but despite the energy around arguably the most popular sporting event in the country, there’s an air of quiet death around the whole affair. The future of football is far from certain. Rates of participation in youth football are down, and professional players are retiring early. The sport is under scrutiny—and it’s not hard to see why.

After years of research and advocacy, concussion awareness is at an all time high. Many parents, coaches, and players are worried that sticking with football might mean risking a damaged brain.Between 1.6 and 3.8 million sports-related concussions occur annually, and football is responsible for the lion’s share. Football players are also subject to hundreds of small, subconcussive injuries per season; hits to the head that shake up the brain, but don’t rise to the level of a full-blown concussion.But the short term consequences—confusion, headache, fatigue, memory loss—aren’t what’s most concerning to the football world. For the majority of people, these most noticeable concussion symptoms resolve within a week. But more and more research suggests that the effects of even small impacts linger in the brain, and can cause neurological and psychiatric problems years later. Some people, including high school board members in New Hampshire and lawmakers in Illinois, have gone so far as to say we should ban the sport for kids and teens.

Scientist and doctors fall on both sides of the debate. For pediatrician Lewis Margolis, the suggestion of long-term harm should be enough to bench young players. “Kids who play are at a disproportionate risk for brain trauma,” he says. “And we have a pretty good idea that it isn’t good for them.” Neurologist Mayumi Prins, though, thinks that some of the fear of football, and of concussions, isn’t grounded in solid evidence. “We need many more careful studies before we can draw concrete conclusions,” she says.

So, in honor of the best commercial and chicken wing day of the year, here’s what we know—and what we don’t know—about the risks of the game.

Chronic traumatic encephalopathy, or CTE, often tops the list of fear factors for the football-wary. But it’s also one of the effects of the sport we know the least about. CTE is a degenerative brain disease found in people with a history of concussions and hits to the head, and clinically, it’s believed to be connected to mood and behavioral problems. A brain with CTE fills with clumps of a protein called tau, which causes cells to die.

In 2017 a Journal of the American Medical Association study on the brains of 202 former football players found that 177, or 87 percent of them, had CTE. Of the 111 NFL players in the study, 110 had CTE (99 percent). The more years of football someone played, the more likely their brain was to show signs of the condition. Behavioral changes like impulsivity, anxiety, and physical violence had been reported in almost all of the diagnosed subjects.

Those are staggering statistics, but they come with a caveat: The brains used in the study weren’t randomly selected. They were from people who showed suspicious symptoms before their death. We can’t assume those rates look anything like what we’d see in a random selection of NFL players, because it’s likely that most people who avoid CTE never have symptoms and therefore wouldn’t be used in such a study. And because CTE can only be diagnosed post-mortem, it’s also hard to figure out the impact the brain changes have on a person’s health and behavior while they’re alive, or how the disease progresses over a lifetime.

Once again, these statistics are alarming, but they shouldn’t be interpreted as universal truth. The study just shows a relationship between football and disease, not that football directly causes disease. And researchers haven’t found a similar link in athletes who stopped playing after high school.

“It’s correlation, not causation, and that’s a problem,” Prins says. “And we’re not seeing a huge number of players coming down with disease. The numbers are actually pretty small.”

The sport may cause other types of damage

Racking up hits to the head also causes changes to the brain that aren’t disease, but are measurable on the battery of screening tools researchers have in the lab. One group of college football players had changes in their white matter, the tracts of tissue that send signals throughout the skull, for up to six months after the end of the season—even though none of them had diagnosed concussions. Retired professional players, studied in their 40s and 50s, displayed abnormalities in their white matter, too.

Former professional players also exhibit alterations in their corpus callosum, which connects the two sides of the brain, and the changes seem more dramatic in players who started the game before age 12. Athletes who have concussions, recover, and go back to their sport continue to show changes on an MRI scan.

But it’s not yet clear what harm, if any, these alterations have on health. Researchers suggest they might be related to cognitive and behavioral symptoms, but we can’t say for sure. “We’re quite a ways off from being able to look at imaging showing persistent changes without any symptoms and say why that matters,” Matt Gammons, the former president of the American Medical Society for Sports Medicine, told Popular Science.

There is some evidence, though, that former footballers display a mix of mood, behavioral, and cognitive problems.

In one study of former professional players, about 11 percent reported a diagnosis of depression (in the general population, about 7 percent of adults have the illness) and those who had more concussions were more likely to be depressed. Out of a group of 34 former professional players, 14 had some type of cognitive impairment, like a memory or language problem. Picking up the game before the age of 12 apparently makes former professionals more likely to experience depression and have problems regulating their behavior. Former high school and college players are more likely to have depression and cognitive impairments if they’ve had more concussions (and more subconcussive exposure) over the course of their athletic career.

However, men who played football in Wisconsin in the 1950s were no more likely to have depression or cognitive impairment later in life, according to a study in the Journal of the American Medical Association, in a counterpoint to some other reports. And according to a CDC study, former NFL players are not more likely to commit suicide than the general population. In fact, the study, which calculated the suicide death rate for 3,439 retired players, found that their risk was half that seen in the general population.

What does it all mean?

Football players are extremely likely to experience some level of brain injury, and that’s clearly not great. But a broad overview of the existing literature, published in the Journal of Athletic Training, noted that there’s still a lot we don’t know about the risks of concussions. Despite the volume of studies on the subject, limitations on the type of studies done and the sort of data used make it difficult to draw sweeping conclusions.

Both Margolis and Prins agree that the evidence isn’t all in yet. For Prins, that means it’s too early to have any sort of referendum on the ultimate fate of the game—there just isn’t enough conclusive information to say that the risk is too high to bear, or that the peril is higher than some of the other things we’re happy to do, like get behind the wheel of a car. “We’re really bad at thinking about relative risk,” she says.

Margolis, though, says the lack of concrete evidence is reason to keep kids away until we have more answers. “Let’s make the investment in the kinds of research we need to determine harm,” he says. “Maybe it’s a better idea to not have kids do this until we show that it’s OK.”