Underwater microphones have picked up the loud mammal's newest song. 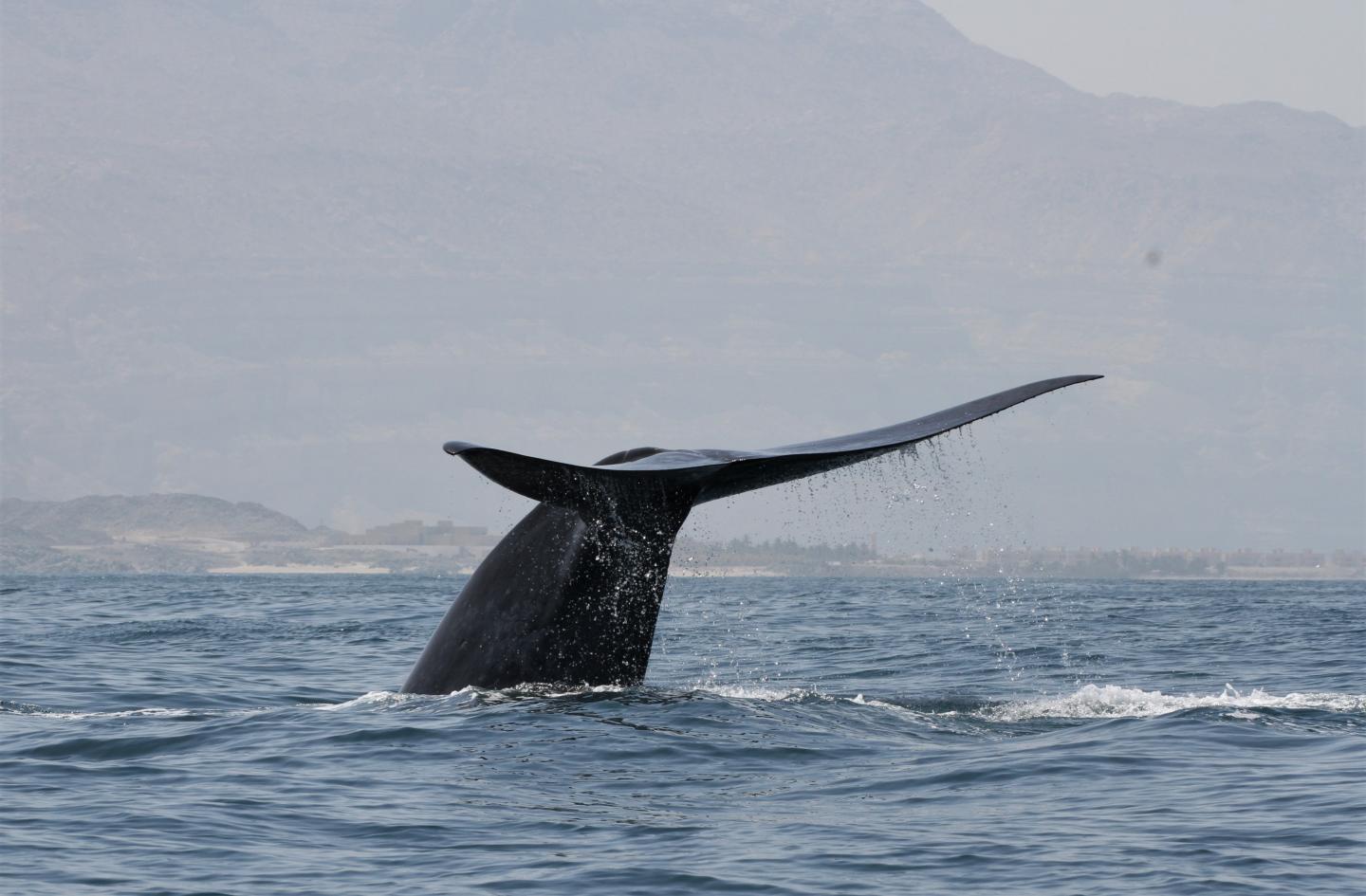 Pygmy blue whales are some of the largest animals on Earth. Rippling their 80-foot-long bodies through the deep ocean, they are only 20 feet shorter than their relative the Antarctic blue whale. They’re also the loudest creature on the planet—their low-frequency bellows can outroar jet engines.

Yet, despite being the heftiest and noisiest being on the planet, blue whales are difficult to spot, due partly to their reclusive nature, but mostly to the detrimental effects of human activity.

Commercial whaling in the twentieth century brought these gentle giants to the precipice of extinction. Researchers estimate that less than one percent of the global population of blue whales, including Antarctic and pygmy, survived worldwide, and less than 0.15 percent in the Southern Hemisphere.

Shockingly, researchers at the University of New South Wales have detected a new population of pygmy blue whales swimming around in the Indian ocean. The study, published this month in Nature, analyzed almost 20 years of audio recordings from underwater bomb detectors to distinguish and locate the pod. Previously, scientists believed only five populations of blue whales inhabited these waters: one Antarctic and four pygmy.

Tuning in via deep sea microphones

Little is known about why whales sing. So far, it appears only males belt out a warble. Therefore, researchers hypothesize singing is a way for them to attract a mate and produce offspring. Regardless of the purpose of their soulful howls, whale songs are a cost-effective way to study cetaceans.

“Acoustics are the easiest way to study whale populations because visual observations are super costly,” Emannuelle Leroy, a former postdoctoral fellow at the University of New South Wales and lead author of the study says. To see a whale, you need a ship, she says. But to hear a tune, you only need to listen.

Leroy and her team obtained the deep sea audiotapes from the International Data Centre of the Comprehensive Nuclear-Test-Ban Treaty Organization. The organization, which was established in 1997, places undersea microphones in offshore waters to monitor for nuclear testing.

These hydrophones are not only sensitive enough to pick up exploding bombs, but also the intricacies of ocean life like seismic activity and whale sounds, which are made accessible to scientists.

The particular hydrophones studied by Leroy and her colleagues were placed at six different locations in the Indian Ocean in 2001. She ran the 20 years of recordings through an automatic detector to pick up each instance of the suspected population’s chorus, coined by the team as the “Chagos song”.

Each whale species, from the humpback to the ultra-rare Omura, has a signature sound. For example, humpbacks whistle a mellifluous call, like the type you would hear on a relaxing playlist, Leroy says.

“Humpback whales also change their song. They have a new hit every year to attract females, but the blue whale songs are super simple compared to that,” Leroy says. “They have this single song or vocalization that is composed in two to four parts, so it’s forming a pattern that is quite simple. And that is repeated again and again and again with a regular interval during hours.”

Even for whales of the same species, different crews have different tunes. Leroy had to determine whether Chagos was unique enough from other pygmy blue whale songs in the area to constitute a new herd.

After comparing the Chagos tune to other pygmy blue whale recordings and other whale species, Leroy says she firmly believes the signature melody belongs to a new population of pygmy blue whales.

The Chagos song was picked up at five of the six hydrophone locations between 2002 and 2018. These pings provided enough information that the authors determined the pygmy pod migrates clockwise, moving East to West between June and January. Their habitat ranges from the central Indian Ocean near Sri Lanka to the Northeastern corner by Western Australia.

While the study of bioacoustics can pinpoint and discover a new population of blue whales, there are some drawbacks. For example, microphones can’t count the number of whales in a herd. That’s because hydrophones can distinguish two or three unique songs, but anything more starts to become indiscernible.

“If there are like four, five, or six whales singing at the same time, you can’t see anything. It starts to be like whale soup,” Leroy says. “However, we know there are a very large number of songs so we can say it’s a whole group. Yet, we have no idea if it’s 10 whales or a hundred.”

[Related: Carcasses are the best clues we have for these mysterious whales.]

The next steps to discovering these hidden whales would be to set sail and try to observe the new population in real life. But, Leroy says there’s no future plans yet due to the high cost.

Regardless, the discovery of a new population is exciting—it doesn’t matter if there are a dozen whales or hundreds, this finding still means whale numbers are growing. Yet, oil spills, garbage, noise pollution, boats, and overfishing all threaten these shy whales, keeping the colossal crooners classified as endangered.

“Finding a new population of blue whales means we will be able to protect them,” Leroy says. “We will know in this area we have to be careful about the noise we make and the human activities done.”