Living with a lynx—for science 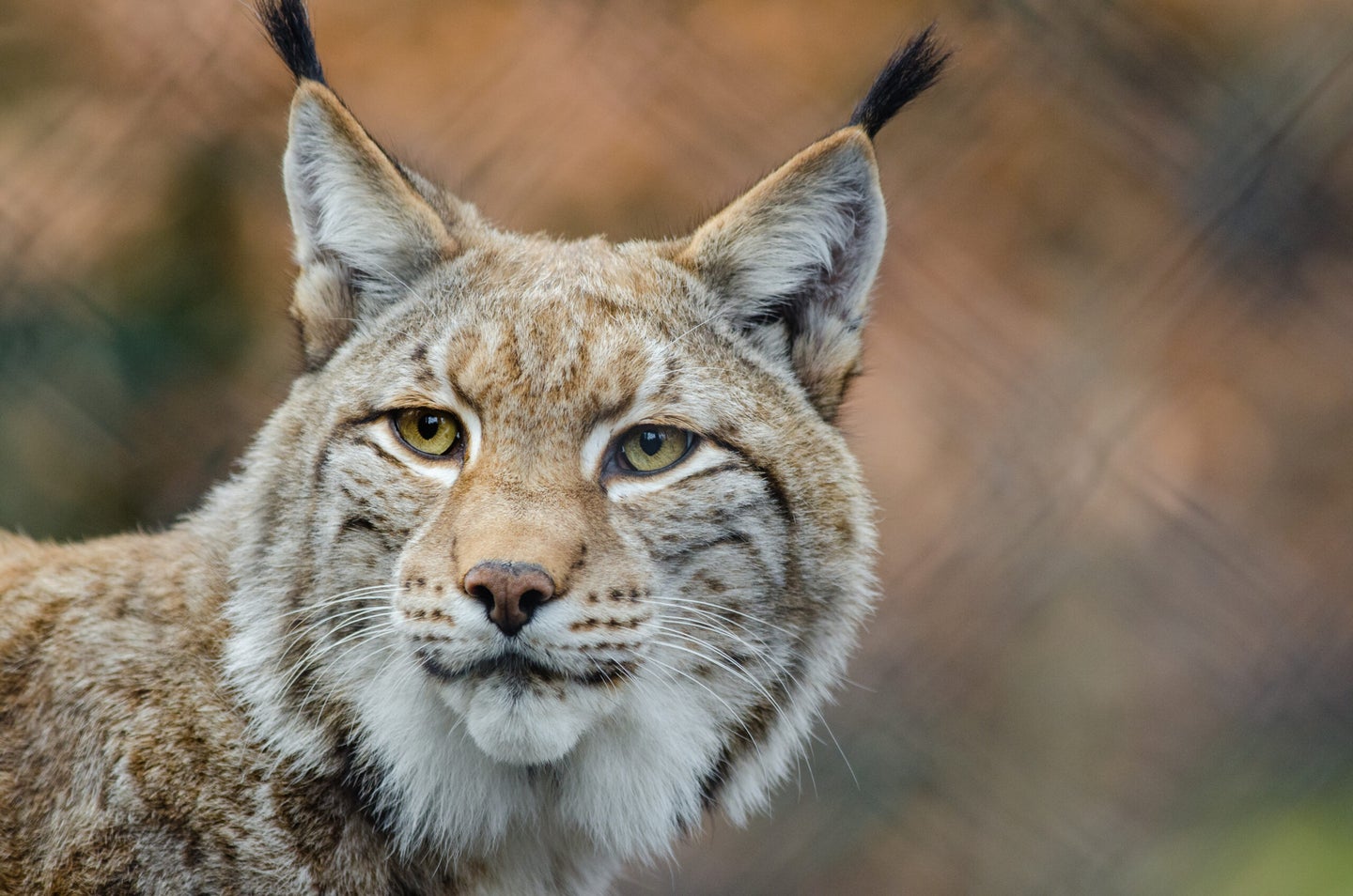 The following is an excerpt from The Inner Life of Cats by Thomas McNamee.

The noted wildlife biologist John L. Weaver had an idea for how to observe an animal in the wild with greater precision and intimacy than had ever been done before. After considering a number of species, in June 1992 he purchased from a fur farm near Flathead Lake in Montana a nineteen-day-old Canada lynx kitten. His timing was carefully chosen: She opened her eyes for the first time the next day. “I wanted her to imprint on us (Weaver, his wife Terry, and their daughter Anna), to see us immediately as her family.” At home on the outskirts of Missoula, on a suburban lane that backed up to the Rattlesnake Wilderness, they bottle-fed the kitten every two to three hours around the clock. She was almost never out of their hands, and she slept in their beds, but Chirp—so named for her friendly greeting vocalization—though gentle and never aggressive, was emphatically not becoming a house pet. By the time she was ten weeks old she was spraying every corner in sight and tearing the furniture to shreds.

Weaver built a kennel of chain-link fence panels in the back yard, thirty-two by sixteen feet horizontally and eight feet high. “I wanted to test how quickly she was developing her prey-catching ability,” he remembers, “and so one day when she was still just ten weeks, I put a live-caught snowshoe hare in the kennel. Three times her size. She caught and killed it exactly the way you expect a lynx to do—a quick bite to the back of the neck.”

A measure of the biologist’s success in raising the lynx to accept his companionship was that he could open the kennel door and stride straight in without a by- your-leave, and—adolescent now— twenty-eight-pound Chirp would fly through the air and wrap herself around his shoulders like a limp lynx-fur stole, purring loudly. He would give her full-body massages that lasted fifteen to twenty minutes (and she would reciprocate by methodically licking his face and head all over). His objective was by no means to make a pet of her but rather to habituate her to his physical proximity to a sufficient extent that when she came to adulthood he could mount a radio collar around her neck and follow her in the wild as she hunted. It would, he knew, be a punishing thrash through dense spruce-fir forest, with low needled limbs and brush raking his face as he plunged forward through the snow to keep up with her—holding a three-foot antenna aloft at the same time—but in keeping her under such close observation, he would have by far the most detailed data ever collected on this rare and notoriously elusive species.

In her second winter, he took Chirp to the mountains, and she was everything he had hoped for, tolerating his following but paying no attention to him, utterly focused on her hunt. “I had always wondered about those long tufts that lynxes have on their ears,” says Weaver. “Various people had had various theories, but none of them sounded right to me. Then one day Chirp dug out a crater in the snow and snuggled down into it so that all you could see of her were the top of her head and those two long ears. To a hare moving fast nearby they might well have looked like just another hare.” He measured her ears and a quantity of snowshoe hare ears and still more lynx ears at a fur farm, and they matched up perfectly. “She was camouflaged, lying in wait!”

Weaver and some of his colleagues were developing noninvasive genotyping techniques, using hair to identify the species, sex, age, and various other characteristics of animals drawn to scent stations. Working with Chirp, he formulated a sticky, stinky goop—“Still secret!” he insists—that could be smeared on patches of carpet and nailed to trees and would last for months without losing its potency. “When I finally hit the right mixture, Chirp just went crazy over it—rubbing and rubbing and rubbing that gland, you know, that they have along their mandibles”—hence leaving a nice DNA sample of hair to be sent in for analysis. When they were finished with their tracking or scent experiments for the day, generally Chirp would just lie down and wait for Weaver to sling her over his shoulder and carry her down the mountain to his pickup.

Chirp became so gentle that Weaver began to take her to community group meetings and schoolrooms. “I’d make sure the teacher had these first-graders all quiet and sitting on the floor at one end of the room, and then I’d let Chirp come in. She would walk right among the kids, checking them out, sniffing and looking, not making a sound. The kids were frozen. They had been told—in no uncertain terms—not to touch her. I don’t think anything would have happened, but I played it safe. Sometimes I’d hold her in my lap in such a way that I knew I could control her, and then I’d let the kids pet her a little.”

One night of Chirp’s fifth year, someone slipped into the Weavers’ back yard and, for reasons unknown, opened Chirp’s kennel. She was never seen again.

What would John Weaver say to a person thinking of raising a Canada lynx as a pet?

“Don’t do it. Don’t do it. Chirp nearly destroyed our house. All in the name of science, you know, but—well, no, a lynx? A lynx cannot be a pet.”

Excerpted from The Inner Life of Cats by Thomas McNamee, published by Hachette March 2017. Published with permission.