Our planet makes a lot of sounds, and some of them are spooky. 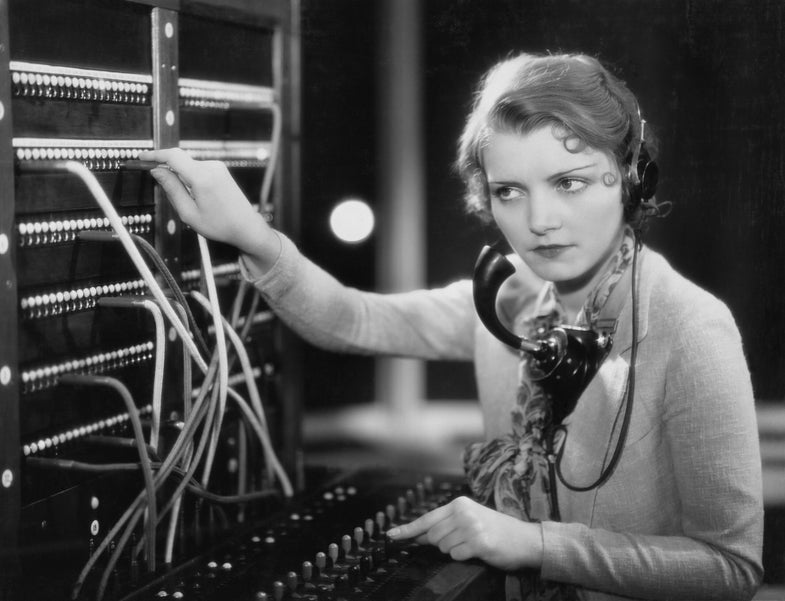 When all else is quiet, Earth still hums. Scientists have known about this low-frequency droning for years, but last month researchers published the first-ever study to record the not-so-noisy noise on the bottom of the ocean. The paper presents some interesting findings on the hum and its frequencies—the planet’s oscillation clocks in between 2.9 and 4.5 millihertz, which is 10,000 times lower than sounds humans are capable of hearing—but at the end of the day, this vibration is just that: a vibration. The main benefit of this research, Ryan F. Mandelbaum pointed out for Gizmodo, is that scientists could pick up a lot of interesting seismological data in the course of studying the hum. Perhaps one day we could analyze it to learn something about the planet’s core, but we’re not there yet.

We’re willing to wager that if you clicked on a story about a mysterious hum, you expected it to be about a different phenomenon—something humans can actually hear. The aforementioned study is indeed intriguing and important. But for those of you hoping for something a little sexier, here are some mysterious hums you can ponder with your own eardrums.

Yes, that hum. The one that’s got a Wikipedia page titled “The Hum.”

This refers to what may actually be many, unrelated phenomena. Basically, folks around the world—especially in a few select spots—tend to report the presence of a deep (dare we say ominous?) rumble. It’s tempting to assume that the latest deep sea research on the Earth’s hum provides an explanation for The Hum itself. But it definitely doesn’t.

Not everyone hears the supposed humming in these hum-troubled towns (just 2 percent of people in affected areas, according to one study), but people do hear it. People cannot hear that hum that the Earth is always making. Yes, human hearing has its variations (your ability to hear high frequencies diminishes with age and ear damage) but there’s no way two percent of the population is walking around with a hearing range 10,000-times lower than average. For one thing, they’d also hear all the stuff between normal human hearing range and the seismic hum (and the stuff around the same frequency, like hospital ultrasounds).

In all likelihood, whatever humming does exist in these areas is caused by some unknown local source, like machinery at a nearby factory. The people who can hear the noise may have more sensitive hearing or less of an ability to tune out noises they hear on a regular basis, but they might also have tinnitus (ringing of the ears) or be highly suggestible, as so many humans are. If you grow up being told your town has a mysterious hum, it’s really, really easy for your brain to make up a mysterious hum.

Rating: 2 out of 5 stars. Way less mysterious than advertised and yet frustratingly impossible to solve, we are generally dissatisfied with this hum.

It would make sense if giraffes were silent. Or silent to us, anyway. Their extremely long tracheas suggest that any noises they could make would be a low, sub-human-frequency rumble. But a 2015 study found that at night, the animals audibly hum in order to communicate. It sounds like this:

Rating: 2 out of 5 stars. Not actually all that mysterious; we just like it.

These days, there’s nothing all that mysterious about infrasound. But if you’ve never heard of it, boy are you in for a spooky treat.

Technically infrasound refers to anything below the human hearing range, but you’ll most often hear the term in discussion of sounds that we can’t hear, but that we can still … sense. It’s just below our frequency range, and it makes us feel deeply unsettled. Horror movie soundtracks use it all the time to make you feel like something terrible is about to happen to you. And it can also have physical effects. Here’s an amazing description from a previous PopSci post on the subject:

Not spooky enough for you? Some scientists actually believe that locales with a reputation for being haunted might just be producing infrasound waves. Also, it might be behind some of “The Hum” phenomena around the world.

Rating: 2.5 out of five stars. Not all that mysterious, but so dang spooky.

The National Oceanic and Atmospheric Administration (NOAA) has monitored several mysterious noises over the past couple decades, and some of them remain unexplained. One example is Upsweep, a sound picked up seasonally since recording began in earnest back in 1991. NOAA’s best guess is that it has something to do with volcanic activity.

Rating: 3 out of 5 stars. Definitely mysterious, almost certainly not spooky.

In the 1960s, some submarine personnel picked up a sound that reminded them of a duck. The noise remained a mystery for decades, blamed on everything from ships to fish. In 2013, researchers finally pinned the phenomenon on the Antarctic mink whale.

Rating: 3 out of 5 stars. Sounds nothing like a duck.

At least one case of the mysterious hum is now tied to the courtship song of the midshipman fish, and several other hum-plagued regions are on the lookout for aquatic answers in their bodies of water as well.

The male fish build nests around rocks close to the shore, and sing at night to entice females to join them. Researchers were recently able to make the fish sing or stay silent by tweaking their light exposure and levels of melatonin, a hormone produced as it gets dark that helps tell the human brain it’s time for sleep.

Rating: 3.5 out of 5 stars. It’s a fish mating call that drove humans crazy for years and we respect that.

Though it is oft the subject of suspicious YouTube videos, the skyquake is in fact a real phenomenon. It’s when the sky goes boom for no apparent reason, and there are places where it seems to be a more common occurrence than others.

There might be multiple phenomena at play here. Maybe crashing waves are to blame in some regions, and shifting dunes to blame in another. Perhaps something (like a military jet or a meteor) breaks the sound barrier but isn’t visible at the time the sonic boom occurs. Or it could be a planetary fart.

Rating: 4.5 out of 5 stars. We actually have no idea what the heck is going on, plus it might be an Earth fart.

There’s a reason why it took researchers so long to listen to the Earth’s hum at the bottom of the ocean: it’s a noisy place. Whales sing out (or quack out, apparently, if you’re a confused submarine operator in the Arctic) communications that reverberate through the seas. No song is more mysterious or sanguine than that of the 52-hz whale. The most popular theory is that this whale, which sings (or sang—it might be dead by now) at a different frequency than all the species it could conceivably be, was alone and unloved because of an inability to communicate with its brethren. Was it some kind of hybrid? A sad mistake of nature?

Of course, it’s possible this sound was never from a whale at all, as the animal has only been heard and not seen. And perhaps this call isn’t as unusual as so many scientists assumed. Even if it is unusual, how are we to know that it isn’t more of an advantageous quirk than a handicap? We simply can’t.

Rating: 5 out of 5 stars. We believe in you little buddy; shine on you crazy diamond; wow so inspiring.