The "unrelenting attacks" had "taken a sizable toll." 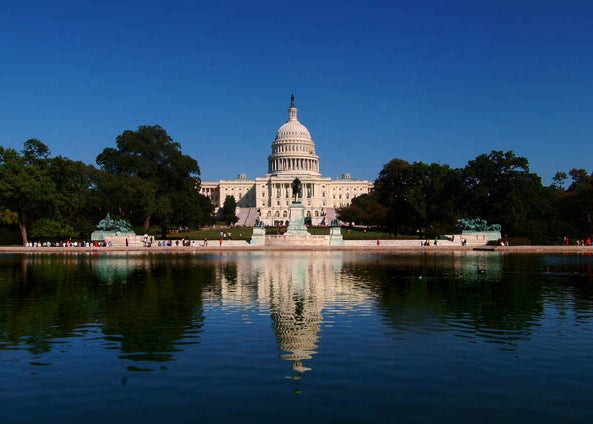 Environmental Protection Agency (EPA) Administrator Scott Pruitt resigned from his position effective July 6, according to tweets posted by President Donald Trump on Thursday afternoon. CNN reports that EPA staffers first learned the news along with the public on Twitter.

…on Monday assume duties as the acting Administrator of the EPA. I have no doubt that Andy will continue on with our great and lasting EPA agenda. We have made tremendous progress and the future of the EPA is very bright!

But while the timing of the resignation may have come as a surprise to Pruitt’s employees, his departure from the EPA is less than shocking. Former Oklahoma Attorney General Pruitt—who sued the EPA more than a dozen times before taking over as its leader—has come under fire for unusual spending habits, among other potential ethical lapses. The Washington Post reported that the Administrator was flying in first class using taxpayer money, while the New York Times found evidence of plans to buy lavish furniture with the same. He also seems to have tried to orchestrate business deals for family members using the power of his office.

In his resignation letter, Pruitt wrote that “the unrelenting attacks on me personally, my family, are unprecedented and have taken a sizable toll on all of us.”

While it appears that his spending offenses—reports of which have reached a fever pitch in recent weeks—led to his resignation, they were definitely not the only things Pruitt was reproached for in his tenure. The EPA sought to keep under wraps a drinking water contamination study, which a White House aide called a “public relations nightmare.” Pruitt also took steps to repeal the EPA’s requirements for clean vehicles, and made demands for increased “transparency” in scientific research—jeopardizing public health in a very real way.

Members of the scientific community have begun to sue the EPA over Pruitt’s practices, which seem to fly in the face of environmental protection and serve only industry.

However, Pruitt’s replacement may not be much of an improvement in terms of scientifically-sound policy. Andrew Wheeler, Pruitt’s top deputy, previously worked for years as a lobbyist representing coal companies. Reminder: there is no such thing as clean coal. It is not possible to support the growth of the coal industry while also supporting the health of America and Americans. And no, coal isn’t going to give the country the jobs it needs, either. There is no reason to believe that Wheeler will favor scientific evidence more heavily than Pruitt did during his brief tenure.

“Pruitt has been sloppy in following the required administrative procedures,” Michael Gerrard, director of the Sabin Center for Climate Change Law at Columbia Law School, told The Verge. “Wheeler may be better at fixing that.”

This is what America looked like before the EPA. This is what it would look like if the EPA disappeared. The EPA is an agency meant to listen to experts and weigh the best available scientific evidence in an effort to keep Americans healthy and safe. If it’s not led by individuals willing to listen to scientific evidence—even when it hurts industry—it might as well not exist.