Meet the folks designing the future of mouse mazes

What makes a maze, anyway? 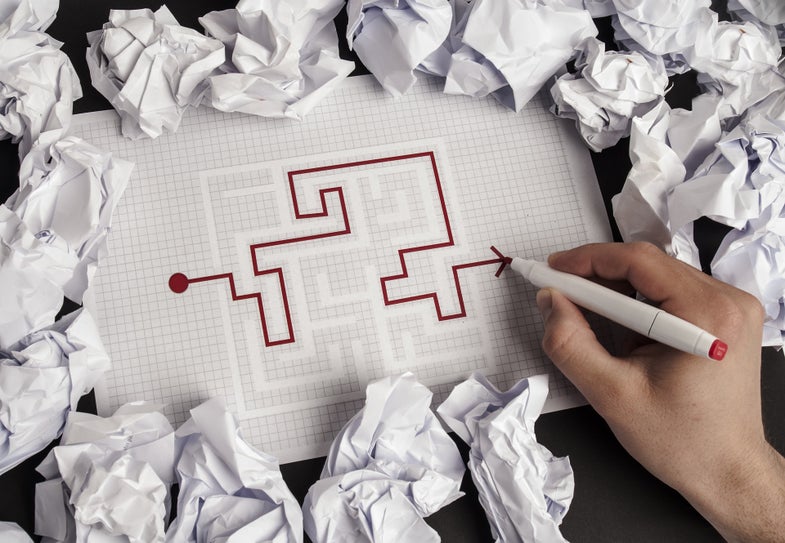 Shuhan He sees mazes everywhere—and found his second job making them. An emergency department resident in Boston, He also is the founder of Maze Engineers, a startup that makes bespoke mazes for research that uses mice and other animals.

He got into the game while getting his medical degree, when his neurology lab tasked him with improving the maze used there. “I realized there were no good mazes out there,” he says. So he started making his own.

So far, Maze Engineers’ wares have been used to help demonstrate the ins and outs of the mammalian hippocampus, a type of RNA associated with seizures, spatial memory, and rare diseases, among many others. And they’re built for every kind of animal, from mice to bees, and even for plants.

Critters weren’t always welcome participants in labs, but in the late 19th century psychologists began to realize they might be able to use animals to help shed light on the human mind. Edward Thorndike invited them to the party in the 1890s, building puzzle boxes where hungry cats could learn to feed themselves and realizing that reinforcement is a thing. Then, psychology students Linus Kline and Willard Small convinced their boss to let them build elaborate mazes to test rats’ ability to find their way back home.

It was the beginning of maze mania. Scientists of all stripes soon realized they could use mazes to test animal behavior and traits, and mice and rats—their favorite human analogues—were soon zooming around ever more complex mazes.

Today, though, mazes aren’t really mazes in that old-school sense. You may think of a maze as a labyrinth-like structure, but most are much simpler: a T or Y shape, a circle, or some variation thereof. At their foundation, they’re structures made to provoke certain responses.

“There’s no other way to really measure the brain,” says He. Consider the kidney: When it’s done filtering your blood, it excretes urine. The brain doesn’t create physical output. When it comes to cognition, behavior’s what counts—and mazes are handy ways to test an animal’s abilities and how it responds to things like disease, medication, injury, or fear. And so psychologists and neuroscientists keep using them.

He’s an unabashed maze booster. “Mazes were kind of ignored for a long time,” he says—too long, in his estimation. “Neuroscientists got a little distracted by all the fancy tools, and they’re starting to realize that now.” He’s on a quest to bring them back into vogue, and partners with laboratories looking for smarter ways to use mazes in their research.

Though he often digs deep into the history of mazes to come up with a maze that solves a certain research problem, he’s also challenging the idea of what makes a maze—and even who monitors them. His automated mazes reduce or eliminate human involvement in such experiments. They use software and design to eliminate the need to, say, put an animal back in a maze to conduct another experiment, or monitor the amount of time an animal needs to rest before it starts again. That eliminates the monotony of maze experiments, which can lead to research fatigue and discourage labs from collecting as much data as they could. More experiments means more data, and more data means more rigorous results. And it won’t be long before AI runs most maze experiments, He predicts.

If maze-monitoring robots aren’t your thing, how about a maze that doesn’t really exist? If you want to conduct an experiment with humans, He and his team will design a virtual maze to help you do just that.

The mazes allow researchers to immerse subjects in a virtual world and put them through the paces of classic animal mazes without the need to construct gigantic, human-sized maze environments. Maybe one day, the ability to use humans as subjects via VR could knock rodents from their mazey throne. For now, though, it’s a matter of mastering both—one dead end and second chance at a time.