Whalers and researchers alike have found that these mammals are excellent at learning from each other. 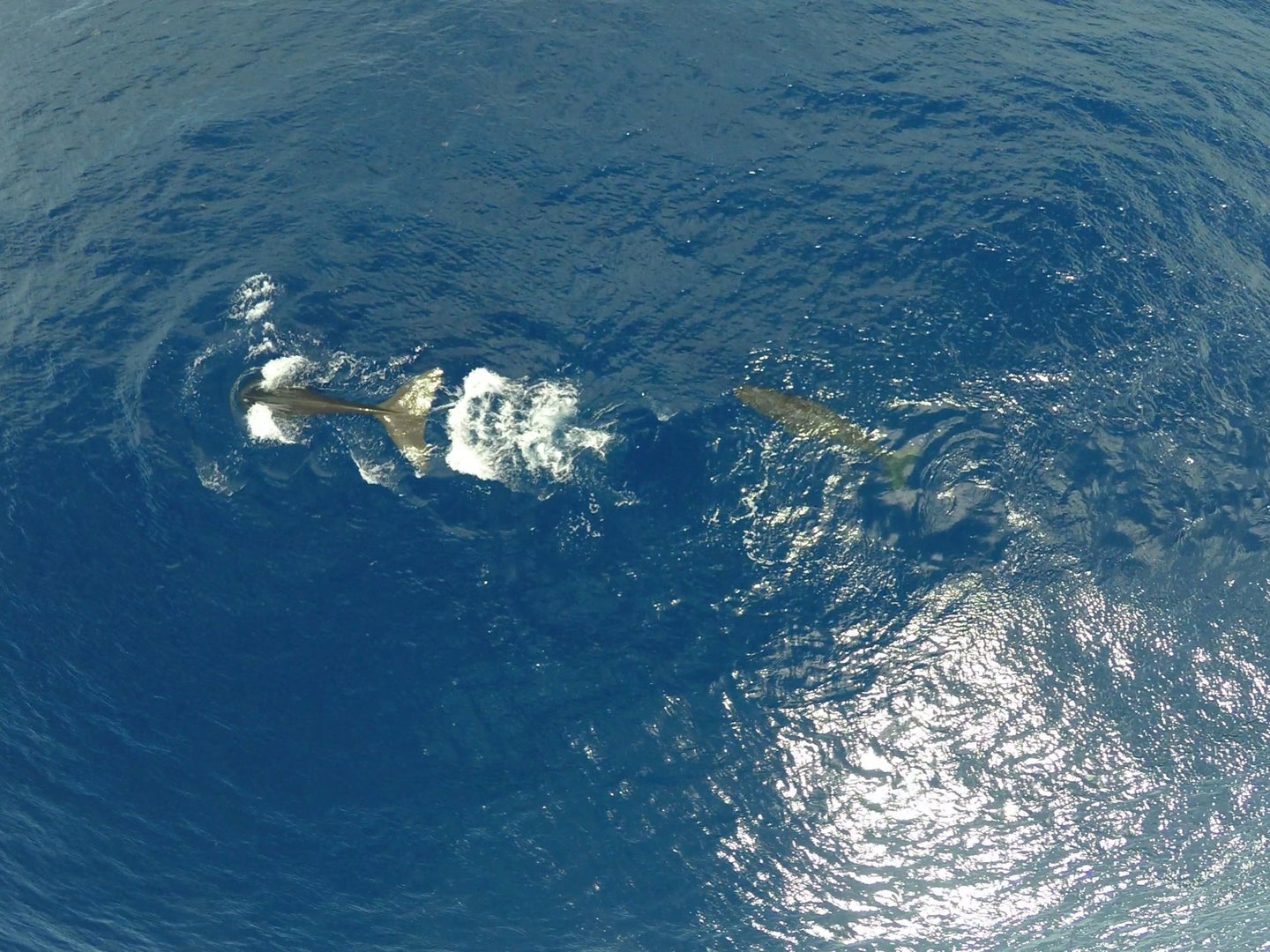 Hal Whitehead, a biologist at Dalhousie University in Nova Scotia, has spent decades following sperm whales around on boats, trying to figure out their intricate social structures.

“About 20 years ago, it came to us that culture—in the sense of what they’re learning from each other—is very important for sperm whales,” Whitehead says. A new study by Whitehead, University of St. Andrews biologist Luke Rendell and retired NOAA scientist and whaling expert Tim Smith, published on March 17 in the journal Biology Letters, underscores this point.

Out in the deep ocean, sperm whales live in extremely social matrilineal family units that mingle in groups within a given clan, which are distinguished by particular dialects and behaviors. In the 18th and 19th centuries, these societies were confronted with the terrors of commercial whaling. Using data from centuries-old American whaling logbooks, the authors’ findings suggest that sperm whales in the North Pacific very quickly learned—from each other—how to fend off the whalers’ harpoons, whose successful “strike” rate dropped by an eyebrow-raising 58 percent in only a few years.

“Obviously this was extremely frustrating for the whalers, and somewhat good news for the whales,” says Whitehead.

The study was inspired in part by recent observations from historians. Bathsheba Demuth, an environmental historian at Brown University, was reading 19th century whalers’ logbooks on bowhead whales in the Bering Strait when she noticed a striking shift. After these whalers arrive, “they have several good years of killing bowhead whales in 1849, 1851, 1852.” Then, all of a sudden, “the logbooks start talking about these really dramatic changes in whale behavior.” They note that the bowheads, which had initially been docile, started using the sea ice to avoid harpoons.

In contrast with sustainable Indigenous whaling practices in the seas around the Bering Strait, Demuth notes, commercial whalers were after the whales’ oil to light consumers’ homes. Commercial whalers were, Whitehead says, “the Exxon of that era.” These interactions were both violent and intimate, Demuth says, with whalers’ recalling “looking into the eyes of whales as they are bleeding to death.”

The whalers’ accounts were very clear, she says, that “these are intelligent animals, they appear to be communicating with each other, we’re seeing this really dramatic change in behavior that is clearly learned in some sense.”

To test out whether something similar happened with sperm whales in the North Pacific, using recently digitized archives, Whitehead and coauthors noted the days when the whalers recorded whale sightings and looked at the rate at which the whalers caught the animals, finding a decline of nearly 60 percent within about two and a half years of the whalers’ arrival.

They analyzed a few alternate possibilities for why this happened: Maybe the first whalers to get there were especially effective, the first whales to die were particularly vulnerable, or whales learned from individual experience. But “what seems to have happened is that the whales, from their experience with the whalers, changed their behavior,” says Whitehead.

The sperm whales’ only previous predator had been orcas, against whom they defend themselves by crowding together at the water’s surface—a strategy that would have initially made them an easy target for harpoons, and, if changed, a more difficult one. The whalers’ observations from the time suggest that they may have also been escaping upwind or attacking the whaling boats. The authors’ model suggests that inexperienced or “naive” family units, if connected up with a family that had experience with whalers, learned from their more experienced group-mates how to protect themselves.

These findings are “the product, in a way, of many years of painstaking research” on sperm whales by these authors, says Daniel Palacios, an associate professor in the Marine Mammal Institute at Oregon State University, who was not involved in the study. The team “put it all together through a model that just fits the data fairly well.” While not a direct demonstration, “it’s a very clever way of assessing something like this.”

Running even simple experiments on such intelligent creatures can be hard, both Palacios and Whitehead say. For example, Palacios recalls, after two weeks of tailing sperm whales with underwater microphones during a research trip in the Galapagos Islands, “I think they finally had it with us.” It seemed like they realized they were being tracked acoustically, he says; one day, “all 25 of them went quiet,” and the researchers lost them.

These days, as Philip Hoare notes in an article about the study in The Guardian, whales’ recovery from centuries of commercial hunting (whose modern form was too devastating to outsmart) is threatened by other byproducts of human innovation, from noise pollution to climate change to the proliferation of plastics in the ocean.

One implication of these findings, says Whitehead, “is that [the sperm whales] can adapt their behavior, the behavior of a whole population, very quickly. In some ways that’s good news, as we threaten them with all kinds of new things.” But some things, like seismic air guns, are difficult to avoid. Other threats, like the dangers of eating plastic bags that resemble squid, might be hard for even these sophisticated mammals to infer.

In the future, Whitehead says, it’s important to focus efforts on preserving their cultural diversity.

“We have telephones and radio and legal systems and operas and all that stuff. But that doesn’t mean culture isn’t important for other animals,” he says. “We should see them as cultural beings, too.”

The study, says Demuth, “gives us perspective—particularly on sperm whales, that are these amazing social deep water creatures—that hopefully allows us to have a broader political imagination about how to relate to them.”