To save a dog breed, change it

I'm raising the lundehund of the future. 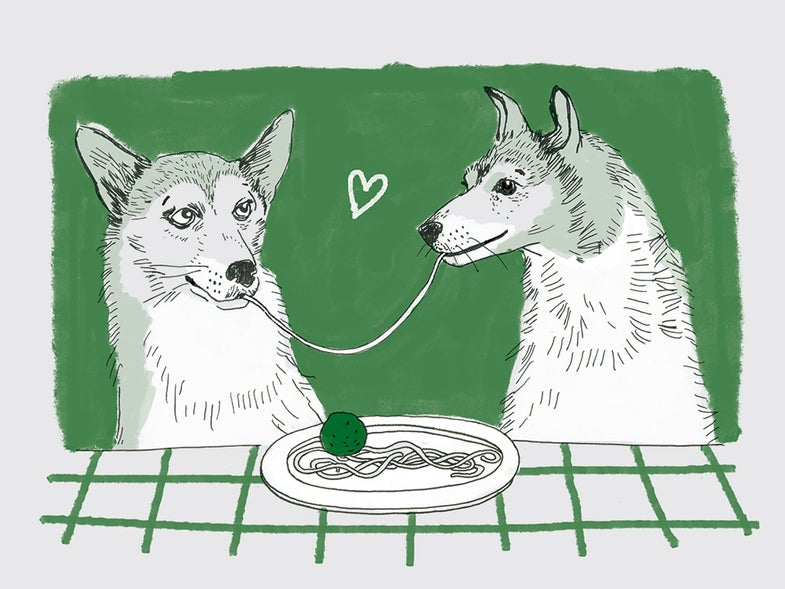 When I moved to ­Norway from Italy in 2003, I discovered this incredible dog breed, the Norwegian lundehund. Locals had bred it to hunt puffins, which nest in deep crevices along the rocky shoreline. Breeders helped the dogs develop six toes on each paw to grip the sides of mountains, and necks that bend backward to make it easier to navigate narrow caves.

This history fascinated me so much that I persuaded my boyfriend to get a lundehund, which we named Aiko. It also inspired me to look into their genetic diversity. I learned that the dogs nearly died off in the 1940s and again in the 1960s, when hunters started using nets to catch puffins and lost interest in the breed. Later, many of the animals caught canine distemper, an incurable and fatal viral infection. At one point, there were only five of these dogs left.

Some Norwegians considered the dog a national symbol and built the population back to a few hundred, which took a lot of inbreeding. I started processing the dog’s genetic data in 2010 and found that 87 percent of its genes originated in the same pool. This was making them sick. My own dog has to eat a high-​protein diet because he can’t digest fat effectively. ­Lundehunds are also more likely than other breeds to have stomach cancer and skin problems.

Fortunately, my analysis laid the groundwork for a solution: Researchers and breeders can intermix similar dogs to add ­genetic diversity. So far, they’ve mated the lundehund and ­Norwegian buhund, and the offspring really look like lundehunds, six toes and all. That’s how I got my new dog, Milo. He’s only a year old, so it’s too soon to say, but he doesn’t seem to have Aiko’s stomach problems. Purists oppose mixing purebreds, but producing happy, healthy dogs is more important than keeping all the right traits.