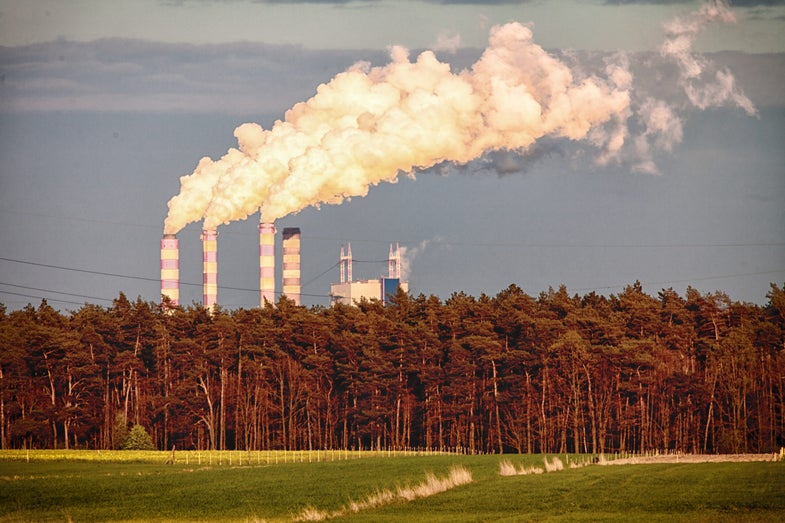 The public has until July 13 to comment on how the Environmental Protection Agency balances its checkbooks to decide how regulations that protect public health stack up against industry costs, a process known as cost-benefit analysis.

Industry groups have long complained about cost-benefit analyses, which agency administrator Scott Pruitt referred to in a June 7 EPA call for comments in advance of proposed changes to the accounting process.

“Many have complained that the previous administration inflated the benefits and underestimated the costs of its regulations,” Pruitt says in the press statement. But critics claim the advanced notice is a first step toward relaxing environmental regulations in the name of increasing economic consistency and transparency.

The Environmental Protection Agency passed 37 major federal rules between 2005 and 2015, according to a 2016 report by OMB. The rules brought an estimated $175 to $678.1 billion in benefit—measured by factors including the number of preventable deaths, hospital visits and lost work and school days—and $43.2 to $50.9 billion in costs.

Currently, EPA economists working on standards for air or water quality follow a peer-reviewed strategy developed by the agency’s centers for environmental economics and environmental research. The proposed rule then goes to the Office of Management and Budget for review.

While cost-benefit analyses have been part of agency practice for decades, they aren’t supposed to be a uniform process. Different statutes tells the agency to pay attention to different factors—risks to public health, the environment, and sometimes, economic impacts and costs—but each rule has its own focus and goal, says Georgetown University environmental law professor William Buzbee. There isn’t room in environmental law for a “superimposed, one-size fits all approach,” Buzbee says.

Under the Clean Air Act, for instance, national air quality standards for six major pollutants must be set based solely on public health. However, most environmental statutes一including standards limiting greenhouse gases and mercury emissions from power plants一require the agency to set standards as protective as possible without causing undue burden to industry, Sinden says. That means using other factors including enforceability, technical feasibility, affordability, political concerns, and ethics, according to the EPA page on economic analyses.

In these cases, the EPA isn’t required to use cost-benefit results to justify how protective standards ought to be, Sinden says, but the agency does them anyway to meet the executive order.

Outside of legal ramifications, a blanket cost-analysis practice could also be problematic in other ways. Some economists think cost-benefit analyses inherently skew in favor of less protective environmental regulations.

While industry expenses are straightforward to measure, public health and environmental benefits are harder to monetize. Business owners know exactly how much it costs to replace a boiler or add pollution controls, whereas health problems caused by toxic air pollution—cancers caused by benzene, a known carcinogen, for example—might not show up in the population for years. Individuals living in the shadow of power plants and factories can live their entire lives before there is concrete data showing the health risks from constant elevated exposure to pollution.

“The benefits are undercounted because we just don’t have the data,” says Sinden. So while industries can speak to the costs of a regulation with certainty, the benefits rely on estimates.

Taken to an extreme, Buzbee says, cost-benefit analyses could be used to count harm to a small group of people as a net benefit to society as a whole.

Two environmental studies during the second Bush administration looking at life expectancy and air pollution devalued the dollar amount attached to elderly lives compared to people under age 70 by a difference of 37 percent. Critics called it a “senior discount,” Buzbee says.

More specifically, the Environmental Protection Agency said in the advanced notice it wants to take a second look at “co-benefits,” the indirect benefits gained from regulating another aspect of the environment. For example, a regulation calling for cleaner energy sources would reduce air pollution and related health problems. Co-benefits are a “conservative bogey man,” says James Goodwin, a senior policy analyst at the Center for Progressive Reform. But he believes they’re just smart economics. “They inevitably lead to stronger regulations.”

If you’re interested in weakening regulations, however, you underestimate benefits and overestimate costs, Goodwin says.

Counting co-benefits, the agency’s press release points out, helped tip cost-benefit analyses in favor of many regulations that limit air pollution, including the Clean Power Plan. The Clean Power Plan targets greenhouse gas emissions, but the same regulations also reduce emissions of fine particle pollution—aerosolized specks of microscopic matter including dust, smoke and soot. Since fine particle pollution increases the risk of heart disease, heart failure, and death, limiting its output is considered a co-benefit, or bonus, for public health.

If the EPA were to later propose to eliminate co-benefits, “that would be a disastrously wrongheaded policy and one that won’t survive judicial scrutiny,” says director of the Institute for Policy Integrity at New York University, Richard Revesz.

“To say the indirect costs of regulation have to be considered, but that the indirect benefits cannot is irrational,” says Revesz. “You could not find a single reputable economist who would say that was a plausible idea.”