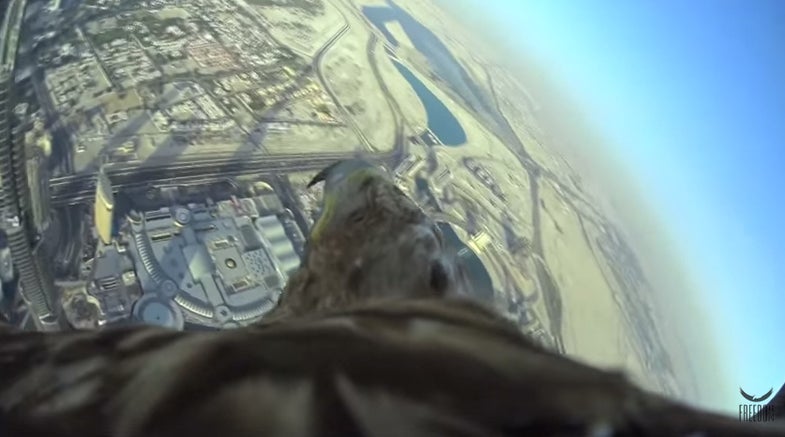 For a brief moment, there was an eagle on top of the world. With a camera strapped to its back and a gentle release, the eagle swooped down from the tallest point on the Burj Khalifa, the world’s tallest building, and in minutes landed on the hand of its falconer, on the ground.

Made by Freedom Conservation, this video is not the first recorded by a camera-toting bird, but it did set a record: “highest recorded bird flight from a man-made structure.” Any attempts at a higher flight will have to wait until Saudi Arabia finishes the Kingdom Tower, the next building planned to be taller than the Burj Khalifa.