To Save Birds And Bats, Create Wildlife Refuges In The Sky

You have entered bat airspace, turn back now 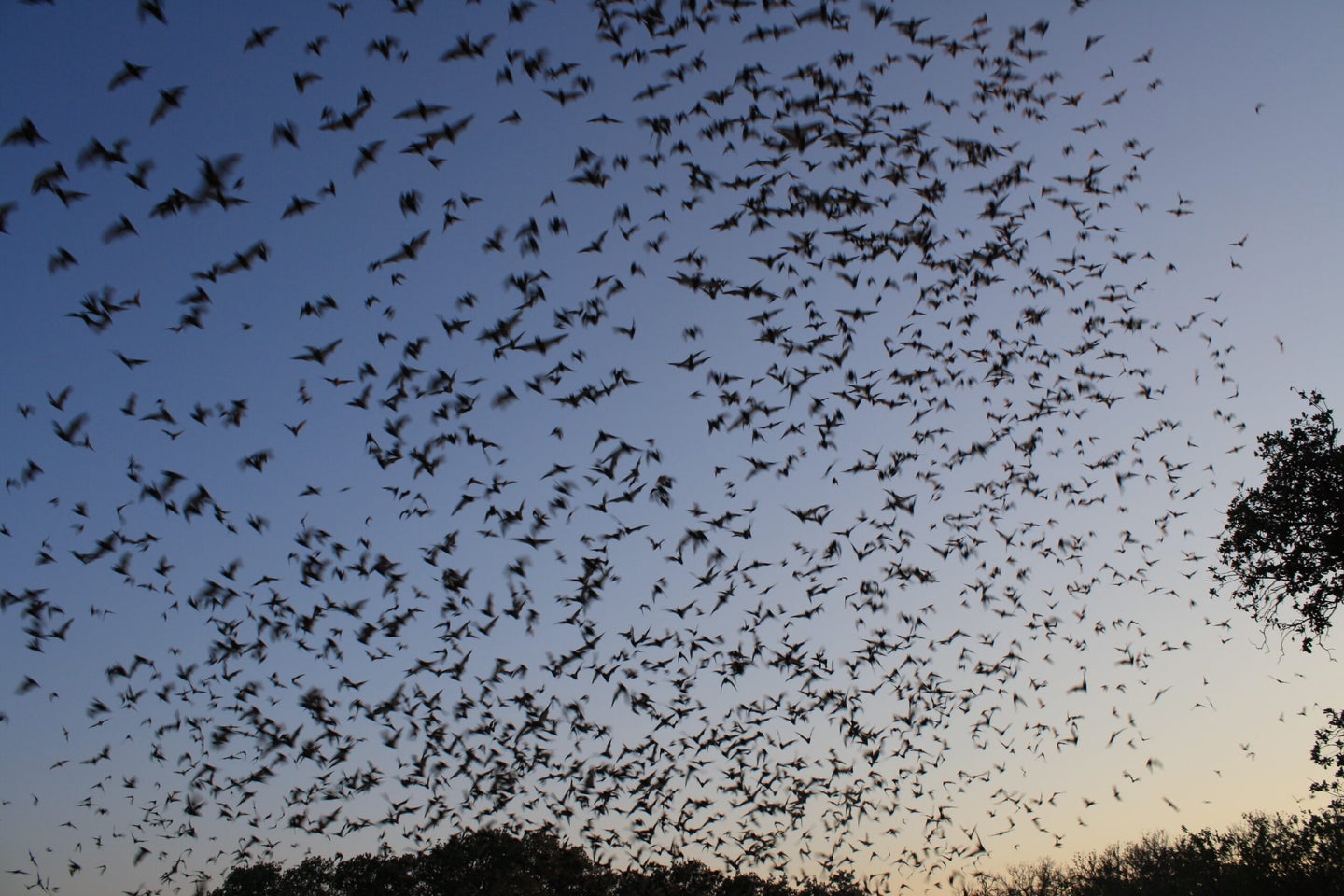 There are wildlife refuges in all 50 states and territories protecting animals both on the land and in the water. But what about up in the sky?

Plenty of birds, bats, and other flying creatures die every year either by slamming into buildings or getting hit by turbines and plane engines. Collisions between nature’s aviators and human machines led three scientists to write an article in Science, encouraging the creation of wildlife refuges in the sky to protect habitats in the air–not just on the ground.

The researchers are worried about buildings, turbines, power lines, antennae, aircrafts, helicopters, and drones. Wind turbines can be a particular problem for bats, as the animals confuse the large structures for trees and get whacked by the spinning blades. Birds, on the other hand, face threats like getting vaporized by solar farms and being sucked into plane engines.

But before we can create a safe haven for birds and bats in the sky, scientists have to figure out where they are flying. Migratory patterns are pretty well-known for many species; everyday flying patterns, where birds are just going about their normal routine, are less documented.

Once we figure out which areas of airspace are most useful to these animals, conservation groups can better draw up guidelines for where to build (or not build) structures that pose a threat to the flying critters.

“If you know all the species that use that area before you build an airport or a building or a wind farm, you will probably be able to reduce a lot of the conflicts,” Sergio Lambertucci, an author of the Science paper, told the BBC.

As for flying threats, like drones, the answer could be a no-fly zone over sensitive areas. A recent study showed that birds don’t mind drones that keep their distance and don’t approach them from directly overhead. But as Fast Company points out soon there could be more than a million drone flights over the United States every day as retailers figure out how to utilize the technology. (Gryzzlbox anybody?) There’s no guarantee that all drone operators will be respectful of the animals in the sky.

The National Park Service already has a ban in place forbidding the use of drones over national park land, citing in part, the safety and comfort of wildlife.