The cold is over, but the bugs are just beginning 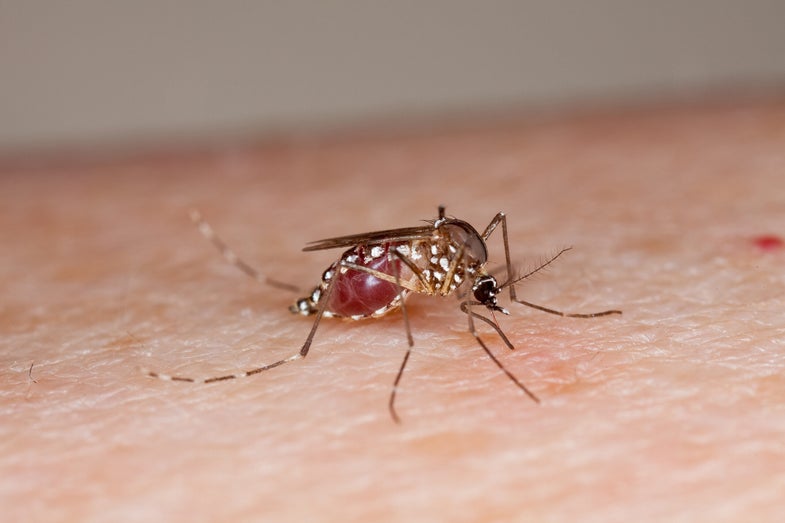 The mosquito Aedes aegypti can spread several diseases as it travels from person to person. Only the females feed on blood. This mosquito has filled up on human blood. In partnership with the U.S. Department of Defense, Agriculture Research Scientist (ARS) scientists are working to protect U.S. soldiers from this insect pest and other disease-spreading insects by developing new repellents, treated fabrics, and more. USDA Photo by Stephen Ausmus. Stephen Ausmus
SHARE

The only bad thing about the frigid chill of winter getting lifted off the northern hemisphere is that the long warm days herald the arrival of blood-sucking demons sent straight from hell to torment us all. Or mosquitoes. They go by that name too.

The National Pest Managment Association recently issued their predictions for which types of pestilence will visit the United States this spring and summer. Their Bug Barometer predicts the state of the bugs, rodents and other irritants for five regions across the country. 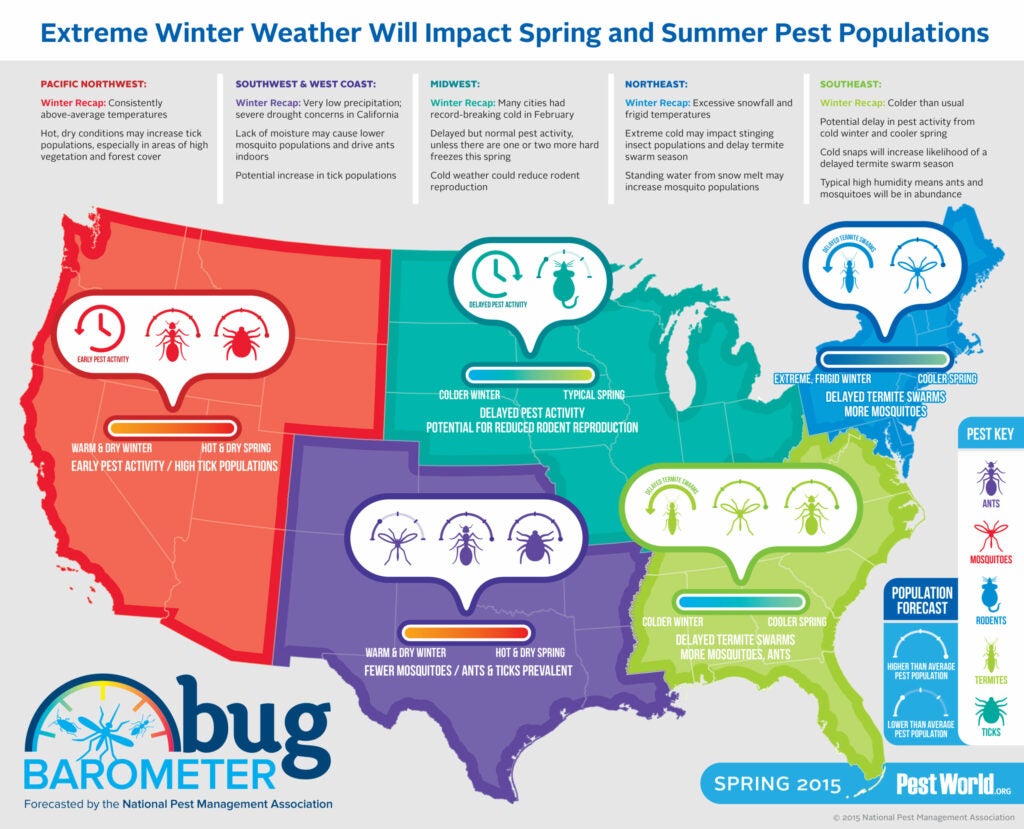 It turns out this winter’s split personality will lead to some strong divergences in pests. Out on the West Coast, a warm winter and spring is likely going to result in pests emerging earlier, with large amounts of ticks and ants predicted. The drought, which remains a huge issue in California, means fewer places for mosquitos to breed, but because of that, more bloodsuckers will be concentrated in a few areas (likely near people, because we like water too). These close quarters means a higher chance that mosquitoes will transmit the deadly West Nile Virus. Last year, California saw a record number of cases.

In the Southwest, which also had a warm and dry winter and spring, mosquito populations are also expected to be lower, but, just like the West Coast, the ants and ticks will be active and ready to pounce on you or your picnic.

The Midwest will fare surprisingly well. Despite a few frigid cold snaps during winter, spring in the middle of the country looks like it will see fairly normal temperatures. That means the pest situation should be standard too, and a few more dips in temperature in the next few weeks could help kill off rodents.

But on the East Coast, where frigid temperatures and a chilly spring have delayed termite swarms, winter’s legacy is a bloody one. Mosquito populations, which rely on water to breed, are predicted to explode as the sodden remains of those piles of snow turn into mosquito breeding grounds. The Southeast, with its characteristic warmth and high humidity will also have to contend with an increase of ants. What joy.

The good news is that the situation is temporary. Mosquitoes hate the cold, and start slowing down once the weather dips below 60 degrees Fahrenheit. So if you hate mosquitoes, take heart. Even as summer approaches, winter is always coming.