Shark Attacks Are So Unlikely, But So Fascinating

They don't want to bite you 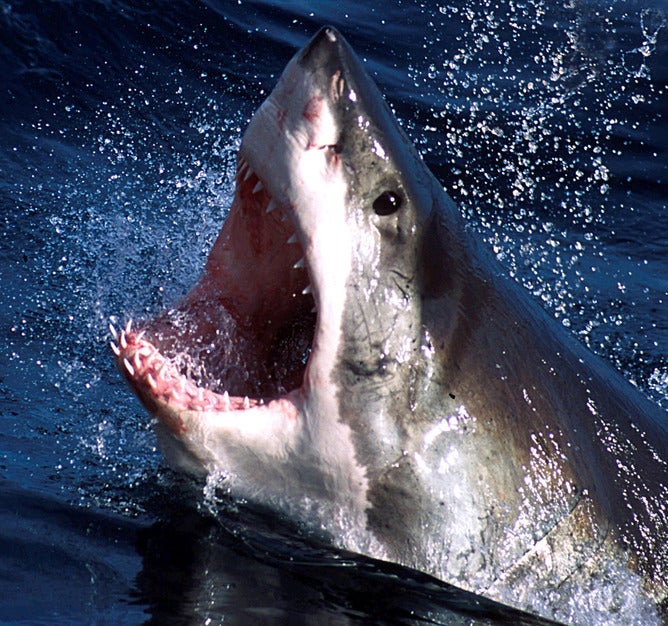 Sharks are incredibly unlikely to bite you. They’re even less likely to kill you. However, we remain fascinated with their ability–and occasional proclivity–to do just that. With so many things more likely to harm us, why do we pay such rapt attention when sharks make headlines?

As a shark researcher and curator of the International Shark Attack File (ISAF), it’s a question I think about each spring when I prepare my annual report of shark-attack statistics. This year we had some good news: In 2014 fatalities were down worldwide, as were attacks. In the US, attacks were up only slightly from 47 last year to 52, with most of those being minor incidents that are more like dog bites than something out of Jaws.

There wasn’t a single fatality in the entire country last year and only three worldwide. In the past decade, the US has averaged less than one per year. To put that into perspective, more people die from drowning every day in this country than were killed by sharks in ten years. In 2013, more people in the U.S. died from encounters with nonvenomous insects, and a lot more–62–were killed by hornets, wasps and bees, according to the Centers for Disease Control and Prevention’s Underlying Cause of Death database.

When you think of how much time we spend in the water, it’s amazing how innocuous shark and human interaction is. When the ISAF began in the 1950s, scientists were concerned primarily with shark attacks after ships and aircraft went down at sea.

A lot has changed since then. There are a lot more of us on earth today than there were back then and there will be even more tomorrow. Aquatic recreation has never been more popular. More people are kayaking, surfing, diving and paddleboarding.

It’s partly a generational change. When my parents took a young me to the beach, my mother would lie on the sand and work on her suntan, never going in the water. My dad might have gone in once a day to cool off. Nowadays, if I’m at the beach, I might be boogie boarding or skin diving. Most of us are spending a lot more hours in the water than did our parents and our activities are inadvertently provocative. That creates ample opportunities for sharks and humans to get together.

Numbers may go up, but we’re learning

That’s why, even though fatalities are rare, we can expect to see an increase in the number–but not rate–of attacks. There aren’t a lot of things in science that I am willing to predict with certainty, but I am confident that in the second decade of this century we will see more attacks than in the first. That said, attacks are not rising as fast as we might suppose they would because we’re doing a better job of heeding beach safety and people are more shark-savvy than they were a decade ago. We’re starting to understand how to avoid sharks.

At the ISAF, we investigate every reported shark attack. Some are reported by hospitals, some by volunteers and scientists around the world. Others we find out about through traditional or social media.

In each case, through investigation we confirm that the guilty party was actually a shark. (You’d be surprised how many people who say they were bitten by a shark were bitten by something else, or not bitten at all.) We analyze the bite, which tells us the size of the shark, and sometimes the species. The ecological and behavioral circumstances surrounding the incident–from both the human and shark perspectives–give clues as to why the interaction occurred.

There’s practical benefit to tracking these attacks. By creating a rating system–the Shark-Induced Trauma Scale–we’re helping physicians create treatment plans based on the severity of a bite. And we can advise officials in areas that are seeing a spike in shark attacks on how to reduce risk.

Education and outreach are a big part of what we do. We tell people not to swim at dusk and dawn, when sharks are most active, and definitely not at night. (That midnight swim might be romantic, but it could be your last.) We know that you should avoid swimming where people are fishing, or where you can see fish schooling or seabirds feeding, which could mean sharks are feeding, too. We also advise against wearing bright, shiny jewelry into the water, which sharks can confuse for the flashing of fish scales. 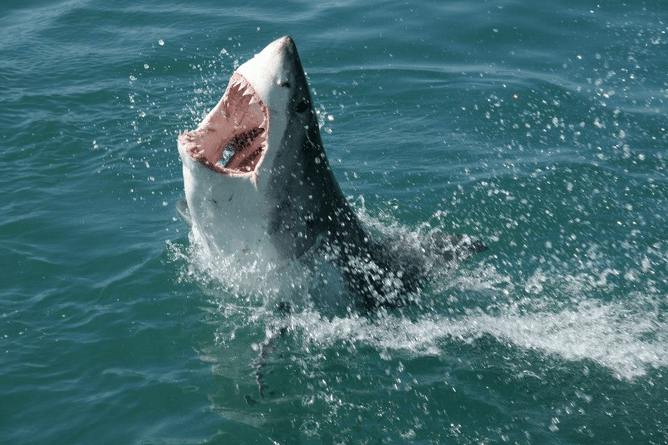 Despite its fearsome reputation and sharp teeth, the Great White is not usually one to attack humans.

People need to understand more fully that when we enter the sea, it’s a wilderness experience. We’re eco-tourists and are not owed the right to be 100% safe. That’s what fascinates us about sharks: There’s an innate concern in our psyches about not wanting to get eaten. Almost every other animal on earth has to worry about getting eaten night and day. As humans, we rarely have that concern. People hold sharks in awe as one of the rare species that reminds us we’re still potentially part of a food chain.

You’re much more likely to be injured or die during your evening run than in a shark attack, but don’t expect to turn on the Discovery Channel and see Sneaker Week. For better or worse, we’re hard-wired to pay attention to creatures that can eat us–even if they rarely do.

George Burgess is the director of the University of Florida Program for Shark Research and curator of the International Shark Attack File.