If you feed them, they will come 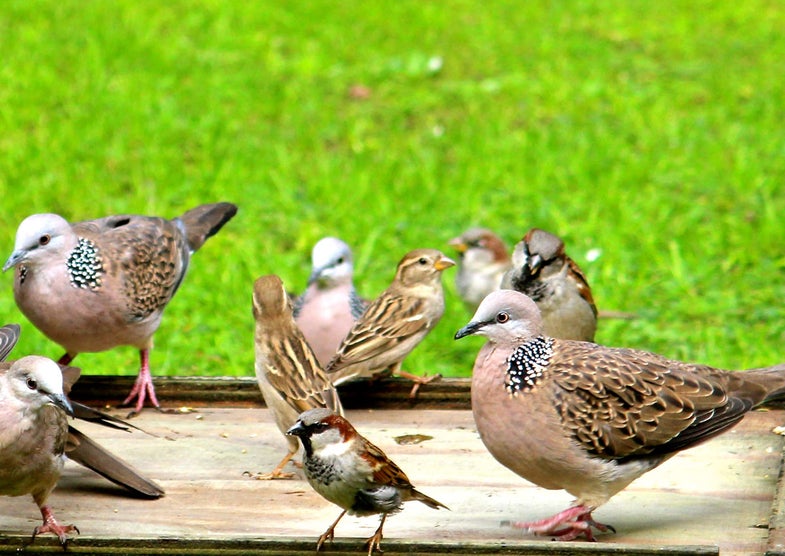 As many bird enthusiasts know, bird feeders attract more than just birds. Chipmunks, squirrels, and raccoons also gravitate towards these all-you-can eat birdseed buffets. But what you might not know is that bird feeders tend to attract a certain type of bird–ones that aren’t from around here.

A study published yesterday in PNAS found that bird feeders set up in an urban setting tended to attract birds that had been introduced to the area by humans. Meanwhile, the native birds continued with their normal feeding patterns.

The research took place in New Zealand, and was fairly small, monitoring just 23 feeding locations over a year and a half. The field sites were scattered across urban areas of Auckland, in backyards with volunteers willing to help count and identify their avian visitors. The backyard environment was chosen because gardens and yards are typical locations for bird feeders.

Half the locations were left as is, while the other half were outfitted with a cup of birdseed and four to five slices of bread–the standard bird banquet laid out in backyards across New Zealand. Researchers found that while the distribution of native and non-native birds was roughly the same at non-feeding sites, the number of introduced species increased dramatically at the food stations. Feeders with food had over twice the number of sparrows and over three times the amount of spotted doves–both invasive species.

The authors theorize that the discrepancy revolves around what the birds enjoy eating. The non-native birds seen in the study tend to be more omnivorous, unlike the native birds, which eat fruit, nectar, and insects.

When the experiment ended, the bird populations returned to normal. In some ways, though, the study is still going on. “When you consider just how many people are feeding birds around the world,” Josie Galbraith, author of the paper told Wired, “it’s really an unprecedented global experiment.”