Everybody knows that. But now we've also seen it. 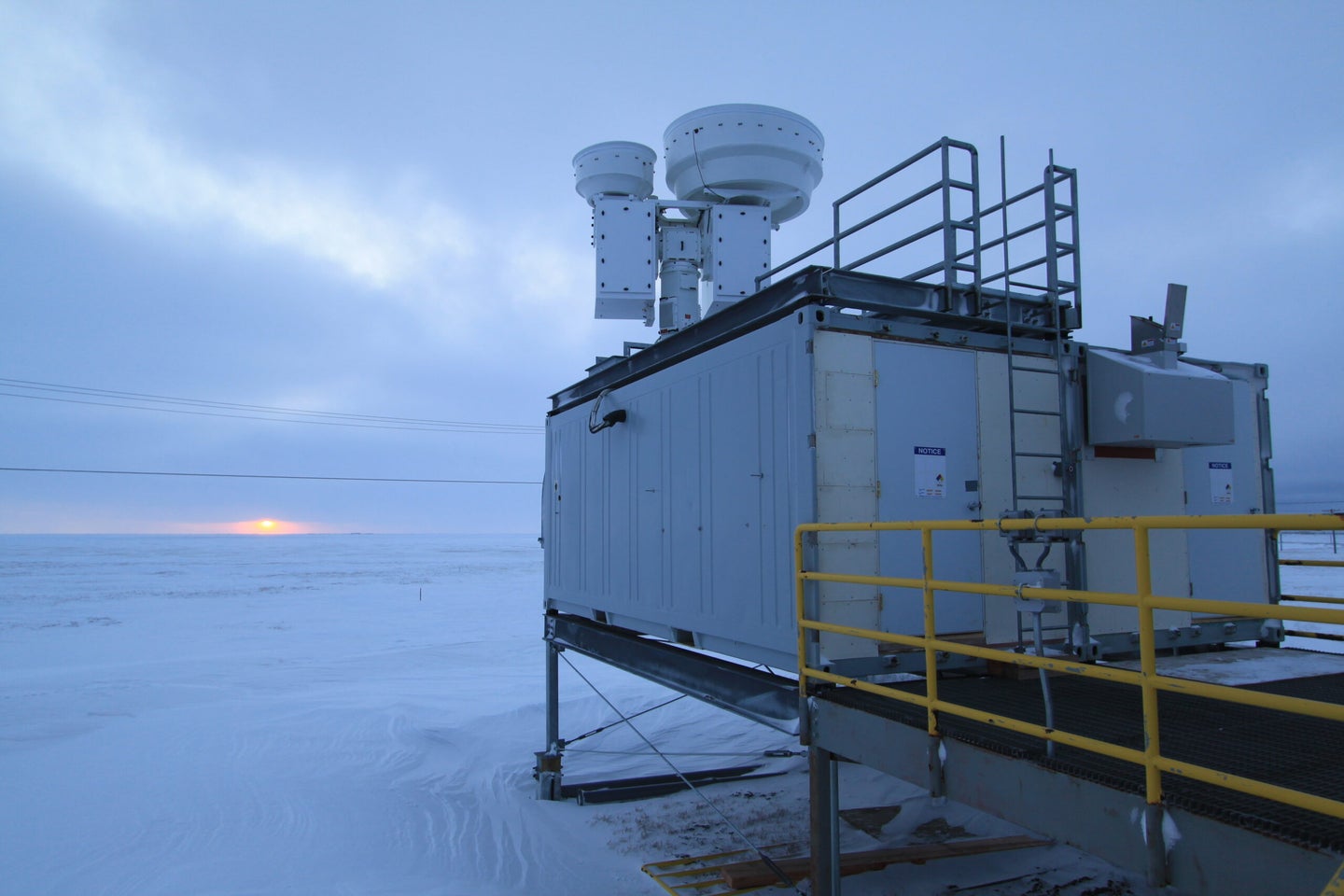 Greenhouse gas emissions, particularly those from carbon dioxide, are on the rise. They have been for a while, to the alarm of governments, activist groups, and just about anyone vaguely concerned with environmental issues around the world. Greenhouse gases get their name because they have properties that make them act like glass in a greenhouse, keeping energy from the sun concentrated in our atmosphere, causing temperatures to rise. But until now, that particular effect hadn’t been observed and documented in the scientific literature. Now, it has.

Researchers from Lawrence Berkeley National Laboratory published a paper in Nature this week, examining 10 years of data taken between 2000 and 2010 at two locations, one on Alaska’s North Slope (seen above) and one in Oklahoma. Instruments at each facility looked at both concentrations of carbon dioxide in the atmosphere, but also at the effect of ‘radiative forcing,’ which happens when more radiation from the sun is absorbed than is reflected into space.

“Numerous studies show rising atmospheric CO2 concentrations, but our study provides the critical link between those concentrations and the addition of energy to the system, or the greenhouse effect,” one of the authors of the paper, Daniel Feldman, said in a press release.

Both locations are equipped with spectrometers, instruments capable of identifying individual components of the atmosphere. With the spectrometers and other instruments, the scientists were able to directly look at the CO2 in the atmosphere and see how much infrared radiation was emitted from the carbon dioxide. Other, similar instruments looked at water vapor, which is another greenhouse gas. With measurements of different individual components of the atmosphere, the scientists were able to isolate the effects of carbon dioxide on trapping solar radiation.

The increase in energy to the atmosphere is about 0.2 Watts per square meter per decade (0.0186 Watts per square foot per decade, an equally obtuse number.) That may not seem like much but given that the surface area of the earth is 196.9 million square miles, it adds up.

Check out a short animation that the researchers put together of the graphs below.

The researchers also noticed fluxes in the data: In the spring, when plants start blooming and growing, taking up more carbon dioxide, the amount of radiative forcing also dips. One more reason that plants are awesome.