Bone Eating ‘Zombie’ Worm Has Been Around For 100 Million Years

It chowed down on sea turtles and plesiosaurs 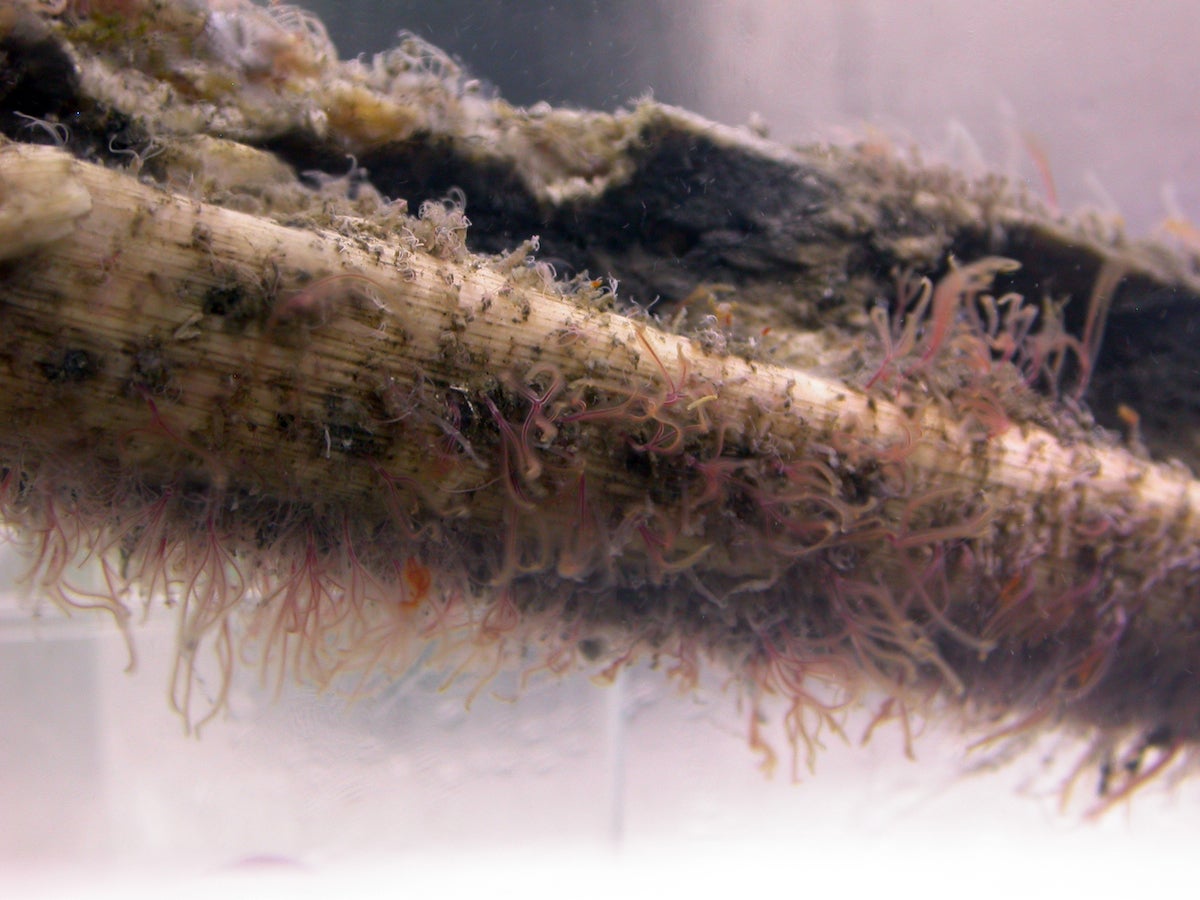 When a whale dies in the ocean, its carcass sinks slowly to the seafloor, becoming a smorgasbord for many different kinds of marine creatures. One of the weirdest of these opportunistic scavengers is a group of worms known as Osedax, a genus of bone-eaters found in oceans all over the world.

Since they were first discovered in 2002 scientists have been constantly discovering new varieties of Osedax (also known as the zombie worm), including some that frequent the frigid waters of Antarctica and others that look like snot flowers.

But now, scientists uncovered evidence that Osedax have been around for a lot longer than originally thought–longer than whales and definitely longer than humans. In a new paper published this week in Biology Letters researchers found evidence that the worms were around to devour the bones of animals more than 100 million years old.

By using a CT scanner to scan fossils of a plesiosaur and sea turtle from that time period, scientists found boreholes that matched the patterns of modern Osedax worms, showing that similar creatures were around at the time the giant reptiles died.

“Our discovery shows that these bone-eating worms did not co-evolve with whales, but that they also devoured the skeletons of large marine reptiles that dominated oceans in the age of the dinosaurs,” co-author Nicholas Higgs said in a press release.

Higgs and lead author Silvia Danise think it’s possible that Osedax worms ate so many fossils that they prevented many skeletons from becoming fossilized, potentially omitting even large animals from the fossil record.