Scientists Can Now Tell Where A Puff Of Methane Originated 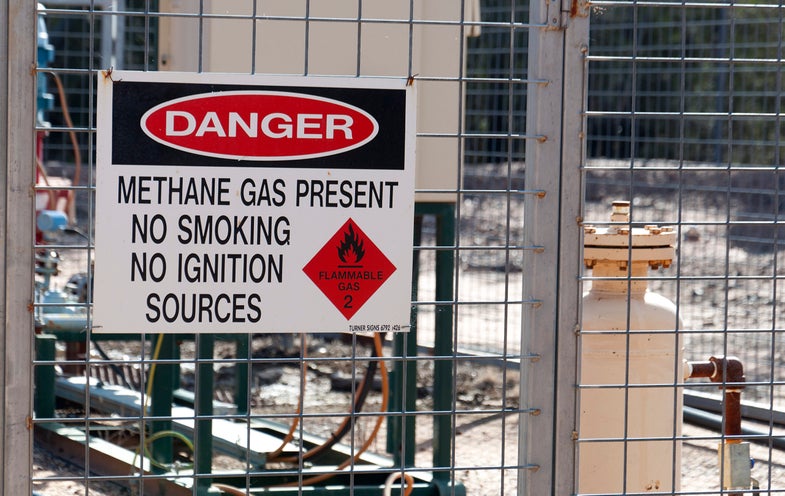 Carbon dioxide emissions make the big headlines in climate change news, and with good reason–we’ve now seen the impact of carbon dioxide on global temperature. But carbon dioxide has a far more potent cousin lingering in her shadow. Methane comes in second to carbon dioxide in the amounts produced by human activity, and the amount of time it spends in the atmosphere, but compared to CO2, each molecule packs a much bigger punch. When compared pound for pound, the EPA found that methane’s impact on climate change is 20 times greater than CO2. The gas’ potency, combined with the fact that methane emissions are on the rise makes methane of great interest to scientists studying climate change.

Methane is a byproduct of many different activities, from natural gas to cattle raising but until now, scientists haven’t been able to tease out methane’s various origin stories.

“If we can partition how much is from cows, natural gas, and other sources, we can more reliably strategize what to do about global warming.”

“We are interested in the question, ‘Where does methane come from?'” Shuhei Ono, a geochemist at MIT and an author of the paper, said in a press release. “If we can partition how much is from cows, natural gas, and other sources, we can more reliably strategize what to do about global warming.”

In particular, the scientists looked at the methane molecule 13CH3D, a combination of the carbon isotope carbon-13 and hydrogen isotope deuterium. Ono and his colleagues built a special detector to isolate these rare methane molecules. Unlike other methane detectors, this one is portable, and can be used in the field to find the methane-releasing culprit.