Trained Polar Bears Volunteer To Give Blood For Science

They wait patiently while a vet tech takes a sample 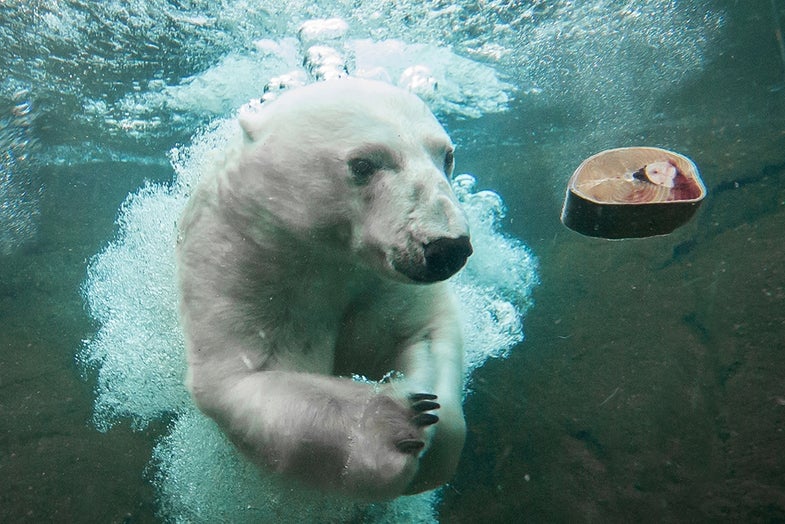 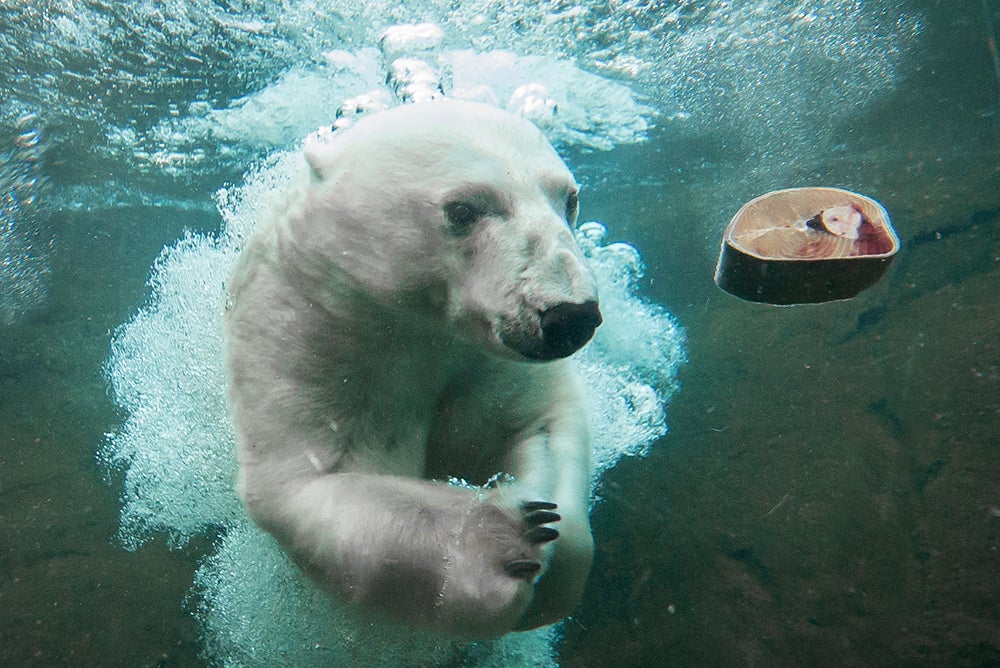 Meet Tasul, an elderly polar bear at the Oregon Zoo. (Salmon do not come in that shape in the wild.) She has worked with scientists before, wearing a camera to record her behavior. Now she’s participating in another study. She’s volunteering to give blood so that biologists may develop a standard for how changes in polar bears’ diets affect their fur and blood. With that standard in hand, scientists plan to take samples from wild polar bears, deduce the wild bears’ diets, and measure when and if wild polar bears’ diets change with global warming.

So far, U.S. Geological Survey biologists have put Tasul and her brother Conrad on two diets. One was made up of meat from land animals and the other was composed of seafood. “We like to think of it as the surf and turf experiment,” Amy Cutting, an Oregon Zoo curator, told the USGS. The researchers’ measurements show the bears’ meals affect their fur and blood for far longer than previously thought. “Until now, we assumed that blood represented what a bear ate over the past one to two months, but our results suggest those samples represent diet up to six months or more,” USGS wildlife biologist Karyn Rode said. 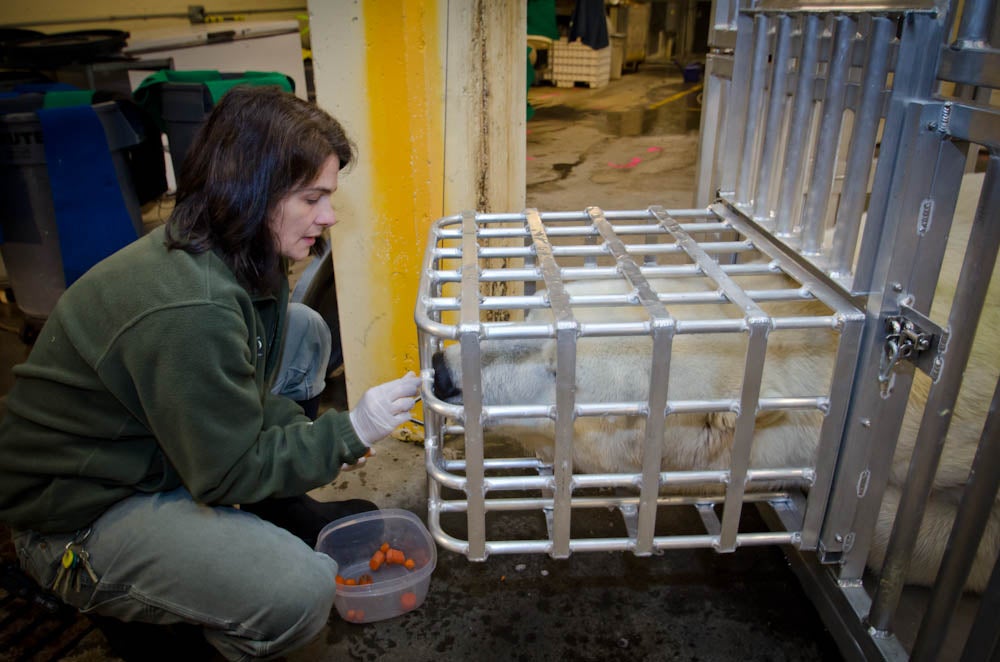 Keeper Nicole Nicassio works with male polar bear Conrad in a training cage. The bear is given special treats when inside which allows keepers to have close access for training and health checkups. © Oregon Zoo / photo by Michael Durham.

Tasul and Conrad really do give blood voluntarily. In recent years, their keepers have trained them to tolerate blood draws without having to be tranquilized. A specialized cage lets a keeper sit in front of the bears’ faces and feed and comfort them while a veterinary technician draws blood from the top of one of their back paws. Keepers originally intended the training to help the bears stay less stressed during blood draws the zoo performs to check the animals’ health.

Correction (2/26/2015): The original story incorrectly referred to Tasul as a he, but she is a female polar bear. We apologize for assuming maleness.