Do Fish Get Out Of Breath?

Short answer: Do bears poop in the woods? 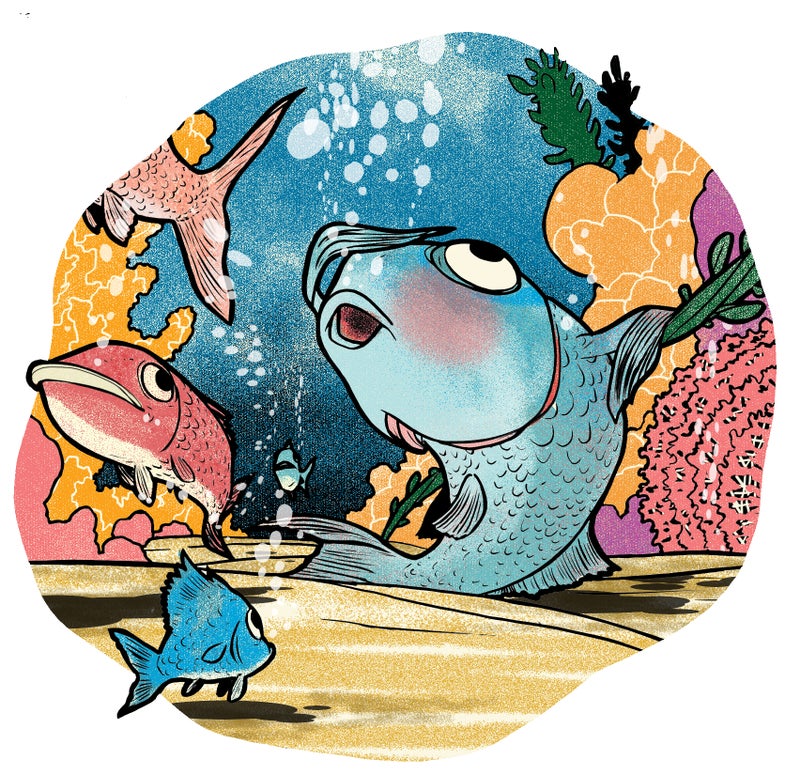 Fish need oxygen, and, yes, sometimes they run short of it. There are roughly 30,000 different fish species and they respond to exertion in different ways, says Jeffrey Richards, a biochemist at the University of British Columbia who studies hypoxia and stress. Salmon, for example, work really hard when they traverse rapids or waterfalls, but it doesn’t leave them gasping. The effort is more akin to weight­lifting than running, says Richards. The fish’s muscles will tire before they run out of oxygen.

That’s a bit different for tropical fish. While salmon live in cool water, which typically has lots of dissolved oxygen, tropical fish are more likely to find themselves in oxygen-poor environments. As a result, they’ve developed several special adaptations to being short of breath. Some species, including many of those sold for home aquariums, will engage in “aquatic surface respiration.” They swim upward for swigs from the top-most layer of water, which has been exposed to the air and therefore contains more oxygen. Others—including sculpins and gunnels—pop out of the water for gulps of air. And then there are those, like the lung fish, who use internal organs as makeshift lungs, absorbing oxygen into the blood through the walls of their mouth, swim bladder, or even stomach.

Note: A fish will never get so short of breath that it passes out. It’ll rest near the sea floor to save energy, or surface in search of oxygen first. Making themselves that vulnerable might seem risky. “But if they’re the only animals still alive at such low levels of oxygen, they won’t be picked off by predators,” Richards says. It doesn’t matter if you’re exposed so long as you’re the last fish swimming.