Video: A First-Person View Of Falcons Taking Down Crows

Getting minor panic attacks for these crows

If you are a crow or an especially pro-crow person, consider averting your gaze. Otherwise, Holy God, look at these crazy falcons attacking crows. (And it’s actually for science.)

Suzanne Kane, a researcher at Haverford College, recently published a study looking at how falcons trap their prey. Rather than using computer models–which is a way common way of doing this sort of thing–she actually had falconers attach tiny (adorable) cameras to the birds’ heads, then let them loose. 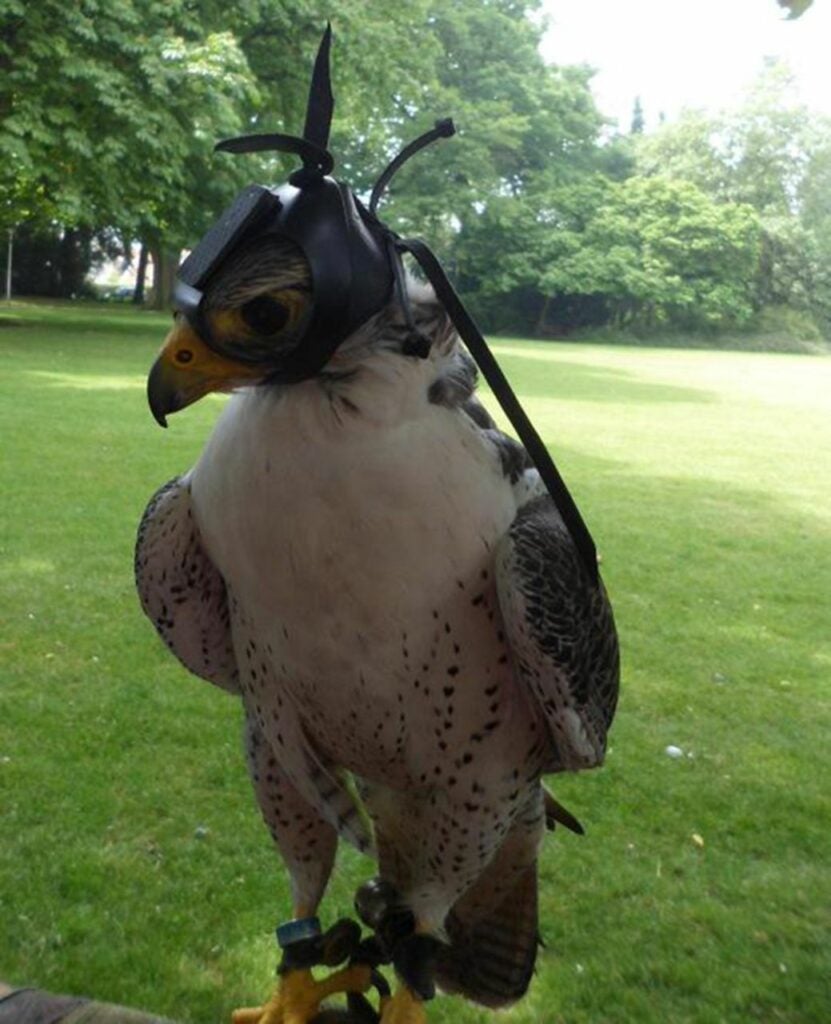 By deconstructing the footage frame by frame, Kane and an undergraduate researcher, Marjon Zamani, determined where the falcons were most likely to be while hunting prey. After ruling out two theories–that they follow the same path as the prey, or approach them in a spiral formation–the duo determined that the falcons would fly up on an unwitting crow from behind, keeping it dead-center in their vision the whole time. By focusing the crow in the falcons’ visual cross-hairs, if a crow turned ahead of them, the falcons could readjust and quickly catch up. In a statement, Kane offered this analogy: “Think about chasing a toddler around in the playground: they keep zigging and zagging away from you… so you just have to head them off.”