It's all about the nitrogens 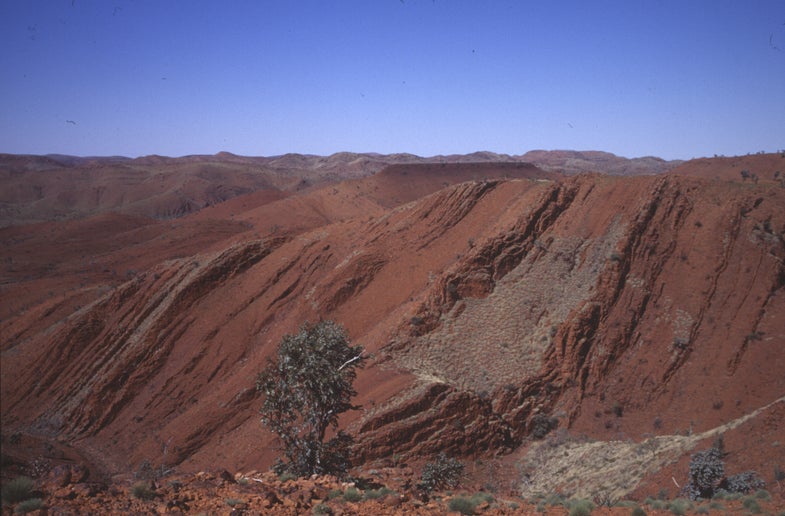 Researchers have long thought that life forms came into existence, and started using Earth’s nitrogen, around 2 billion years ago. But new research from the University of Washington reveals that something was converting nitrogen way earlier than that—about 3.2 billion years ago. At that time, Earth would have been a mere 1.3 billion years old. The discovery, published in the journal Nature, completely overturns the idea that our ancient biosphere was inhospitable to living beings.

The UW researchers came to their revolutionary conclusion by examining 52 samples of super-old rocks collected in South Africa and northwestern Australia, ranging in age from 2.75 to 3.2 billion years old. The rocks, which formed before oxygen appeared in the atmosphere (about 2.3 to 2.4 billion years ago), may hold “chemical clues” from the ancient world that modern rocks have lost.

One of these clues is the ratio of heavier nitrogen atoms to lighter nitrogen atoms on the rocks. In order for early life to acquire nitrogen from the atmosphere, it needed an enzyme that could pull the gas from the air and convert it to a usable form—a process known as nitrogen fixing. According to the researchers, the nitrogen ratio patterns on the rocks match the patterns of nitrogen-fixing enzymes found in single-celled organisms. Plus, the patterns don’t match any other chemical reactions that happen without the presence of life, so the findings strongly point to an ancient creature-filled world.

The researchers think that small microbes crawled out of the Earth’s oceans and set up shop in single-cell layers on land, where they exhaled tiny bits of oxygen. “We’ll never find any direct evidence of land scum one cell thick, but this might be giving us indirect evidence that the land was inhabited,” Buick said. “Microbes could have crawled out of the ocean and lived in a slime layer on the rocks on land, even before 3.2 billion years ago.”