Want to help the bees? Keep these out of your garden. 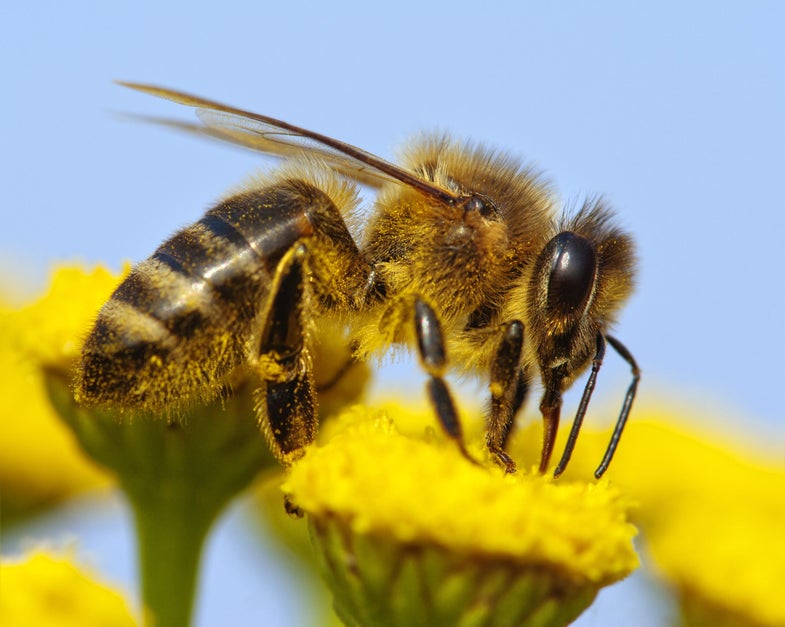 The buzz is that even gardening for bees takes constant vigilance. DepositPhotos
SHARE

Entomologist Vera Krischik has a bee and butterfly garden bursting with Mexican sunflowers, goldenrod, salvia and black-eyed susans. But when she has problems with aphids or Japanese beetles, she’s careful to get rid of them responsibly.

“We think that if we have a bug it will destroy the plant forever,” she says. “It’s easy just to cut out the insected area.” She also removes and squishes bugs by hand, or, in extreme situations, uses a contact-only pesticide, like Neem. She doesn’t use neonicotinoids, pesticides that seem to impact bee behavior, reproduction and mortality.

But not everyone is so careful. In a study published recently in Science, Swiss researchers found that neonicotinoids are ubiquitous—they analyzed 198 honey samples from all over the world and found at least one kind of neonicotinoid in 75 percent of the samples, and at least four in ten percent of the honey.

Edward Mitchell, a biologist at the University of Neuchatel in Switzerland, says that the research team tried to test samples from remote regions, but they found the pesticide almost everywhere. Even honey from the isolated Swiss town that they chose as their control—a place surrounded by forests and organic farms, which they hoped to use as a baseline against which to compare more heavily contaminated sweet secretions—contained neonicotinoids. “This was really a striking result,” says Mitchell, the lead author on the study. “We were surprised by the magnitude. We thought, where could these pesticides come from? The only response was the city itself, and gardens.”

Mitchell and his colleagues realized that Swiss gardeners were growing ornamental flowers, some of which still contained neonicotinoids from during their cultivation on farms elsewhere. That’s a troubling conclusion, given the fact that many homeowners around the world hope to help pollinators by planting flowers they’ll find tasty. All flying insects are on the decline, but the dip in populations of bees and butterflies that help pollinate our crops is especially worrisome. “Some people may plant flowers not just to make their gardens pretty, but to helps bees. But if they’re contaminating these bees with poison, they’re not doing any good,” he says.

The team urges plant buyers to take advantage of their power as consumers; some companies are already responding to this pressure. The garden care company Ortho, a division of Scotts Miracle-Gro Company, has pledged to drop neonicotinoids from eight of its products by 2021. Bayer and Syngenta have faced criticism in Europe and the U.S. over neonicotinoid use. Some states are taking individual action: Maryland and Connecticut have banned consumer neonicotinoids outright.

Krischik says that neonicotinoids especially affect native bee populations, like the endangered rusty patched bumblebee. Many ornamental flowers commonly planted in beds are less attractive to bees than native and heirloom plants, so Krischik urges extra caution with these leafy gems. “Pollinators are hugely important,” she says, and the thought never leaves her mind as she works on her garden.