Regretting having that “one more” scotch last night? This might make you feel a little better: your tipple of choice... 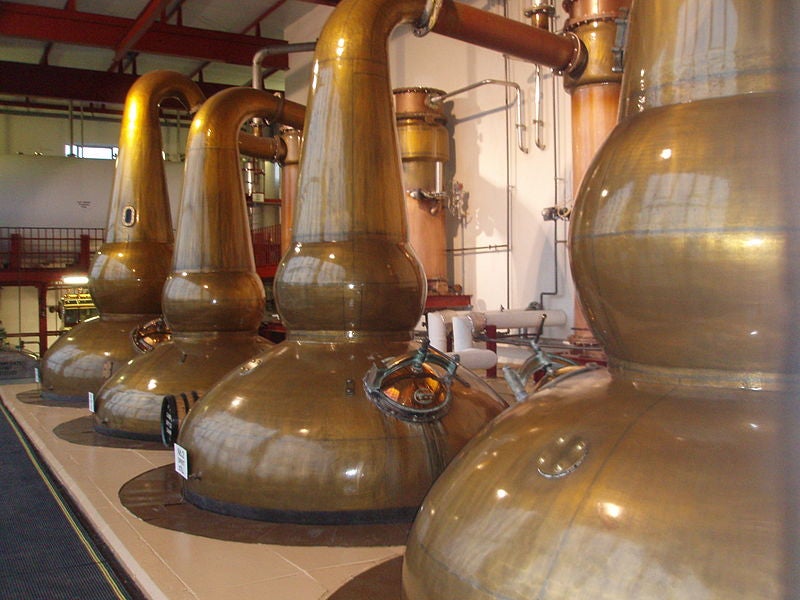 Regretting having that “one more” scotch last night? This might make you feel a little better: your tipple of choice may soon be providing sustainable energy

The project, slated to begin operating in 2013, will be located in Rothes in Speyside, the famed whisky producing region that is home to such recognizable labels as the Famous Grouse, Chivas Regal, and Glenfiddich (all of which will contribute biomass to the plant).

The plant will burn a blend of wood chips and draff, the spent grains used in the whisky-making process. Additionally, pot ale–another residual product of the process–will be donated from distilleries and turned into organic fertilizer and animal feed for local farmers.

Of Scotland’s 100 distilleries, 50 are in Speyside and 16 of those will ship their draff to the site, which will burn nothing that comes from more than 25 miles away. That makes this a pretty sustainable and very locally-sourced energy project–it’s even drawn a bit of praise from the local World Wildlife Fund folks. And it’s a model that could feasibly be replicated across other regions if successful.

This is not Scotland’s first foray into whiskey-fueled energy projects, but it is the first that will provide power to a public utility. Scotland’s largest distillery, Fife, has nearly completed its own on-site bioenergy plant that will feed energy back into the distillery. And researchers at Scotland’s Napier University last year announced that they had devised a means to turn scotch-making residuals like pot ale and draff into biofuels that could burn in ordinary automobile engines.

So raise a glass, for your scotch habit is now contributing to the renewable energy revolution.