Foxes seem to use the Earth’s magnetic field to track down their prey, apparently the only animal to use the... 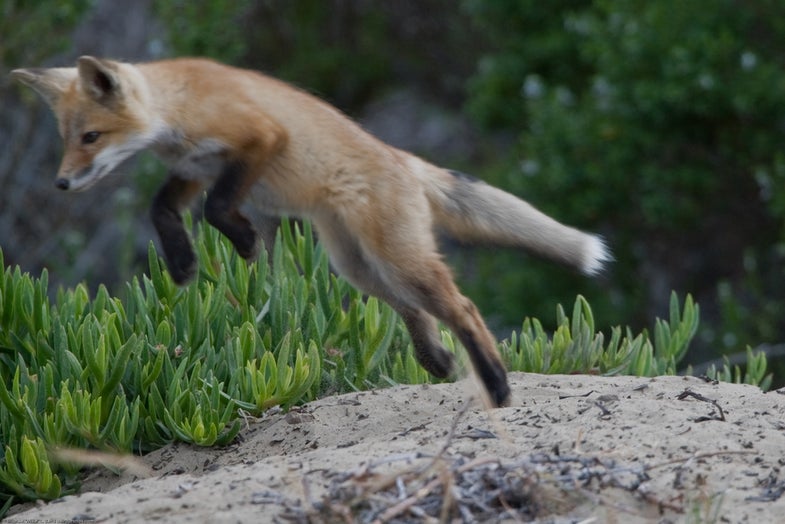 Foxes seem to use the Earth’s magnetic field to track down their prey, apparently the only animal to use the field to judge distance as well as direction. A pair of researchers in the U.S. and Germany believe foxes have an innate augmented reality system allowing them to accomplish this.

Hynek Burda at the University of Duisberg-Essen in Germany was observing foxes in the Czech Republic and noticed that they tended to jump toward the northeast when leaping onto their prey, reports New Scientist. When the foxes could see their dinner, they jumped on it from any direction, but when the prey was hidden, they usually jumped northeast.

To hunt, foxes leap high into the air, diving in a parabolic curve toward their unsuspecting prey. It’s quite a sight:

Burda and John Phillips at Virginia Tech think foxes are using a ring of shadow on their retinas, which is darkest toward magnetic north, to ensure they jump the same distance every time.

Many animals use the magnetic field to sense direction — the brains of birds, fish, humans and other creatures contain magnetite crystals, which help with navigation. Birds and amphibians have a second light-dependent navigation sense, and researchers think it might provide a “spherical coordinate system” that produces a pattern of light intensity superimposed on their surroundings, like an augmented reality system.

As New Scientist puts it, the fox moves ahead until the shadow lines up with where the prey’s sounds are coming from, and the fox can determine the distance it must cover.

At least one critic says it’s a highly speculative idea, but it’s not implausible. A study exploring the idea is published in The Journal of Experimental Biology. 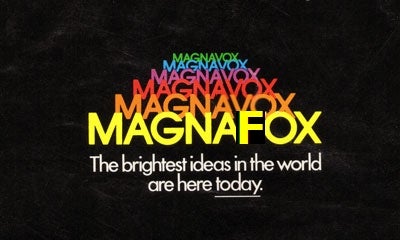