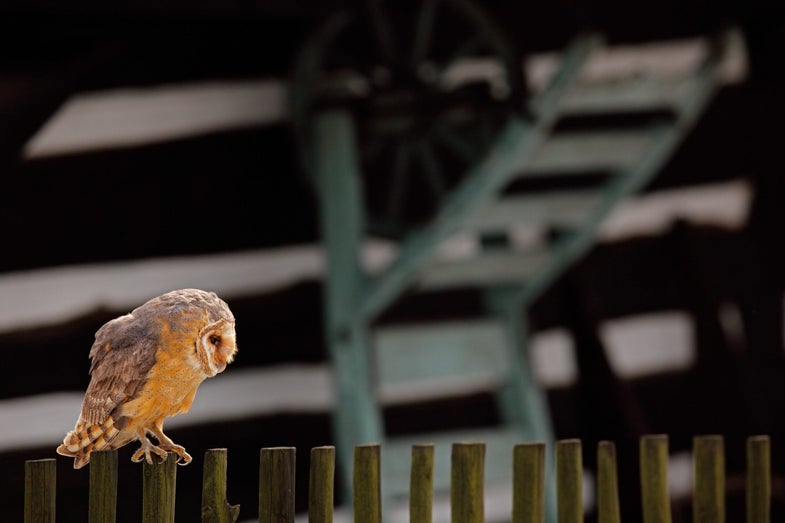 With all the concrete taking up real estate in America’s cities, it’s hard to believe there could be wildlife in Minneapolis or Atlanta, let alone Los Angeles or New York. (Well, outside of the Rainforest Cafe, anyway.) But urban environments are positively brimming with animals of all shapes and stripes. Some are like their rural cousins and some have been changed by city living, but all are bouncing around, just waiting to be noticed by a science-minded citizen like you.

Bring on the bats

Bats have very few house rules. They need a place that’s relatively protected from predators, close to food, and with easy access to water. Oh, and wherever they live, it’s got to allow them to hang upside down to roost. Obviously. But other than that, these winged creatures are highly adaptable. They will settle everywhere from a dark, spooky cave to a nook or cranny under your own roof.

For a long time, people assumed bats preferred to live in more rural settings, like the open fields of Transylvania. But recent research has revealed that bats actually love cities. In fact, the flying mammals may be healthier if they live in urban environments.

In the last decade, six million bats have died in the United States and Canada from a fungal infection called white-nose syndrome. But it appears most of those bats died in less populated places. In the city, bat populations have also declined, but not as sharply. And good thing, too, as bats keep insects in check and even pollinate plants.

Pigeons are often criticized for their pest-like appearance. They move in big crowds, eat whatever scraps they can find, and poop everywhere. But these birds are actually the most creative city dwellers around.

Originally, there were no city pigeons at all. Instead, there were farm pigeons and domesticated carrier pigeons. Carrier pigeons, which lived in special coops, were trained to send messages from rooftop to rooftop, or city to city. Some of these birds got loose, however, and their feral descendants are the pigeons we know—and tolerate—today.

While it’s easy to criticize the little birds, we should at least be grateful for their garbage collection services. When an urbanite drops their ice cream cone or discards pizza crust on the street, it’s usually a pigeon that swoops in to clean up.

Of course, there are even wilder birds in American cities. Peregrine falcons have been spotted everywhere except Antarctica. Hawks, owls, and raptors could be nearby, too. You’ve just got to look up!

Cockroaches, like pigeons, are generally detested—and for good reason. The antigens on their bodies can cause problems for asthma sufferers, and they can carry germs and other disease. But the importance of urban insects can’t be understated. At the same time there are pests like cockroaches and bedbugs roaming the city, there are beautiful bugs stopping by, too. Butterflies often ride the breeze through neighborhood parks, as do moths, ladybugs, and all manner of stunning—and stinging—bees and wasps.

In recent years, urban farmers have also begun to cultivate their own bee populations. While city apiaries (that’s what a collection of beehives is called) aren’t legal everywhere, where they are, bee colonies have been cropping up in backyard and rooftops. This small-scale agriculture is not only scientifically interesting, it’s got a tasty result: Honey.

Mice and voles and rats, oh my!

Rodents are another hallmark of city wildlife. They are often best observed from a distance, because rodents can carry diseases that people can catch. But a scurrying mice, vole, or rat can still be an exciting sight on an otherwise dreary day.

While we consider them a nuisance, many rodent species seem to be thriving in the city. A 2013 research study showed that some animal brains, including those of the white-footed mice and meadow voles, have increased in size in response to their busy urban environment. The same urban evolution has been seen in other species, too. Blackbirds in cities have been described as “bolder” than their rural cousins. And sparrows and salamanders are actually less aggressive in big towns than small ones.

Sometimes, it seems there are as many squirrels in New York City as people. But 200 years ago, there were none at all. The animals arrived only when park planners and city designers intentionally introduced them to our public spaces—literally just because they looked cute.

These days, they continue to entertain the masses with their shifty ways. But they also serve their environment: A squirrel’s diet mostly consists of nuts and seeds, which they bury and, sometimes, forget. From these forgotten seeds grow new plants and even mighty oak trees.

Climate change and human development mean many animals’ natural habitats are disappearing. At the same time, humans have been working to make their cities greener for their own enjoyment. These and other factors have driven wild creatures like wolves and coyotes into cities. These fearsome animals are not to be played with, but they’re a good reminder that our urban environment is, at the end of the day, an environment like any other.