Alarming data shows it’s time to save the bees. 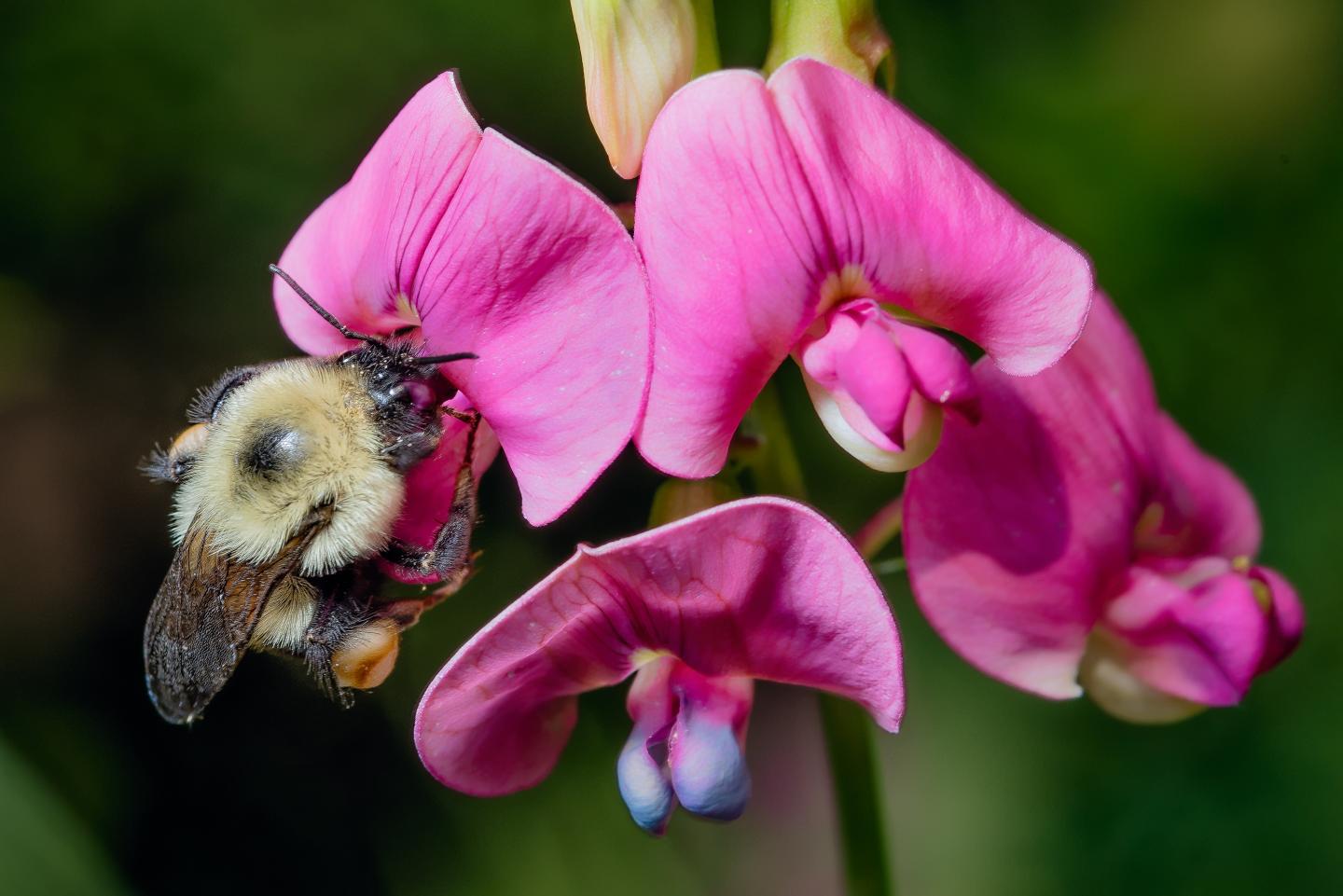 Researchers from the University of Ottawa created a model to estimate the likelihood of bumble bee decline among 66 different species found throughout North America and Europe.
SHARE

Within just one human generation, the odds for bumble bee survival have dropped by an average of more than 30 percent, according to a new study.

As global temperatures rise and precipitation rates grow more extreme, bumble bees are likely to have trouble adapting to their environments. Additionally, expected heatwaves and droughts will create super dry environments, which could harm the flowers that the insects depend on for food.

European bumble bee survival rates fell by an average of 17 percent between 1975 and 2000, while North American ones dropped by about 46 percent over the same period, according to the recent research published this week in Science.

Researchers from the University of Ottawa created a model to estimate the likelihood of bumble bee decline among 66 different species found throughout North America and Europe: the projections incorporate each species’ individual temperature and precipitation tolerances, which are now increasingly challenged by a warming planet.

The team calculated the fall in survival rates during a gap between the 20th- and 21st-century population data sets–and the results aren’t too optimistic. Such rates align with a mass extinction, the study claims, suggesting possible disappearance within a few decades.

“Many people who liked to run around in fields or forests when they were young and look for bees and other bugs would now see many less of these critters if they were to go looking now,” says study author Peter Soroye, a PhD student in the Department of Biology at the University of Ottawa.

Their projections also suggest that previous reports of climate change-driven bumble bee declines may be too conservative, particularly for European species.

Just as all of nature faces unprecedented extinction threats—particularly insects as a whole—the model could forecast biodiversity loss for other organisms of interest.

Bumble bees are large and furry as an adaptation to cold climates, says Dave Goulson, an ecologist at the University of Sussex who studies bumble bee ecology and conservation research. Unlike most insects, they thrive in cooler, more temperate regions and live more rarely in warmer areas where they tend to overheat; therefore, they’re not particularly prepared for a heating planet.

Humans need bumble bees: They’re the best wild landscape pollinators and the most effective insects in pollinating crops like squash, tomatoes, and berries. Insect pollinators like bees facilitate the growth of 35 percent of global crops.

“Our results show that we face a future with many less bumble bees and much less diversity, both in the outdoors and on our plates,” Soroye says.

On a positive note, the team predicts that bumble bee populations could grow where climate change shifts temperatures within species’ tolerances; for example, some Scandinavian bees are moving north of the Arctic Circle. Going forward, bee conservation efforts depend on public awareness, which has grown in recent years. Still, most people don’t fully understand the threats bees face.

The issue caught widespread attention in 2017 as German researchers highlighted the recent dramatic drop in flying insect populations, including bees; before that study, few people had considered the climate’s threat to insects, Goulson says. He thinks the issue still demands greater publicity.

“My impression is that most people have still not grasped the gravity of the environmental situation, and the consequences things like insect decline will have for all of us,” he says.